Thirty students of the Ukrainian Catholic University traveled to put on a vertep (traditional Ukrainian Christmas play) some 400 kilometers from the front line. They spent seven days in the zone of the Operations of the United Forces in eastern Ukraine’s Donbas area to carol to soldiers and local residents. This is the 11th year in a row that the Student Association of the Ukrainian Catholic University (UCU) has supported the “Vertep in the East” initiative. 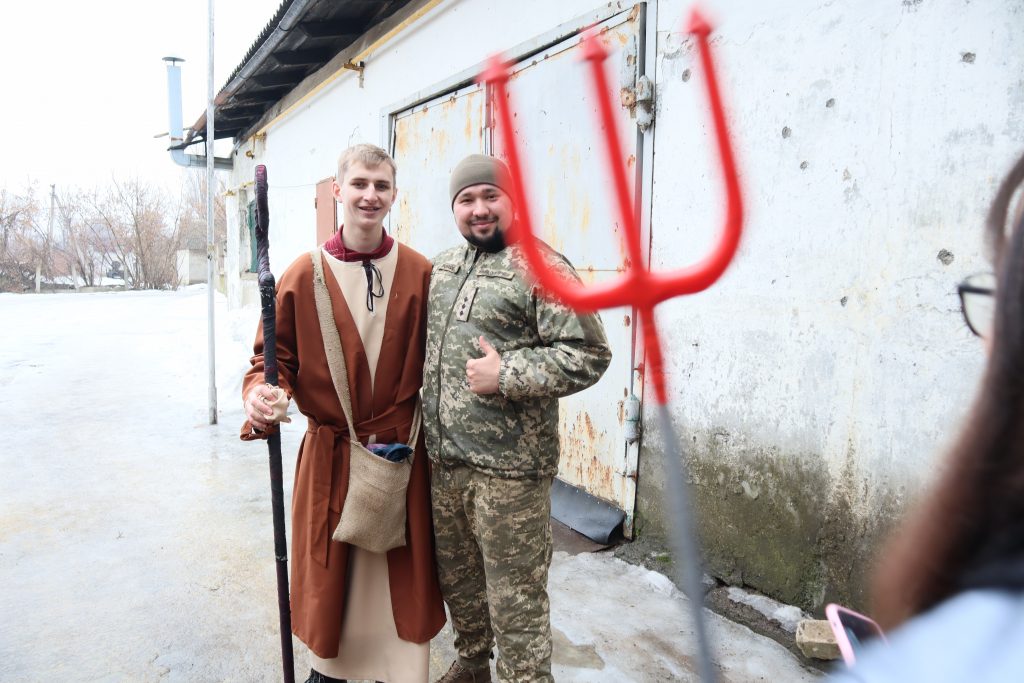 “When the war began, we thought that it would be good to spend Christmas in the east with soldiers, to help them celebrate the holiday in the difficult conditions on the front. In 2015, we performed in and near Kramatorsk. In 2016, we visited the whole front line. That’s when we confirmed this format – now every year we bring Christmas from Stanytsya to Mariupol.” So explained Yuriy Muryn, head of the “Vertep in the East” initiative,” which grew out of the UCU student organization United Ukraine. 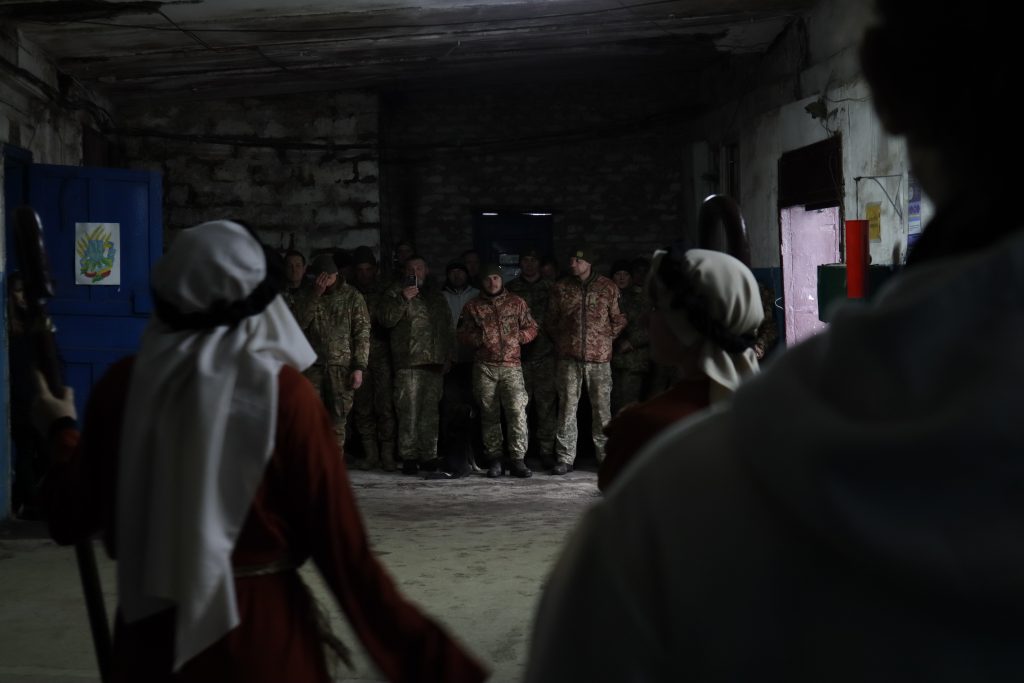 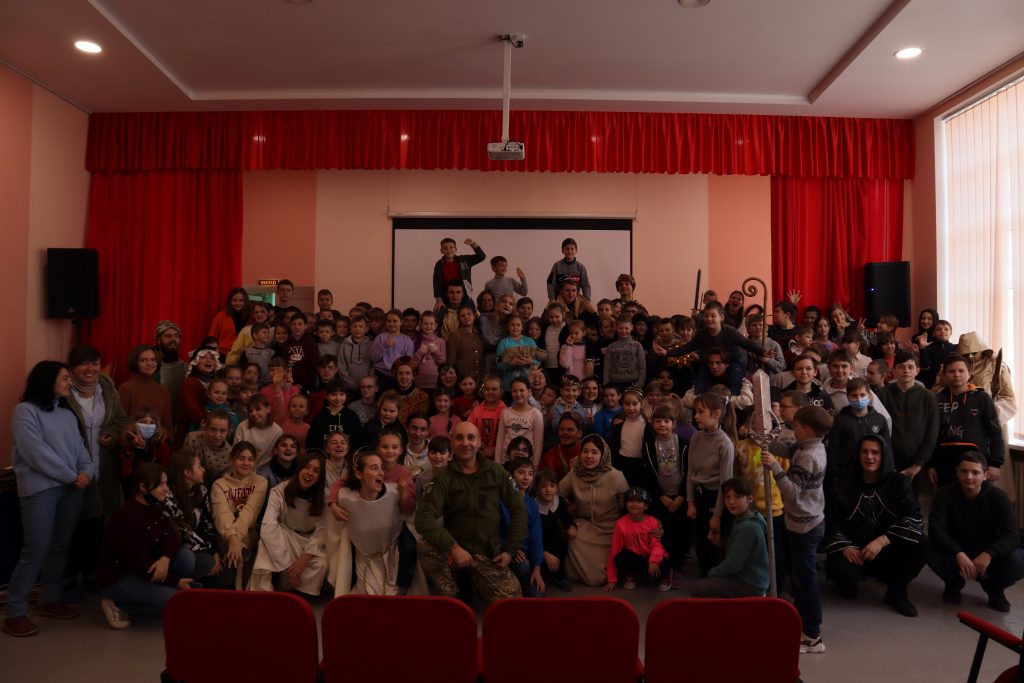 “These young people who are now going to the east perhaps don’t remember the start of the war, because they were 12 years ikd at the time. They’re going to the front with love and faith in Ukraine. For their part, the soldiers see that young people from western Ukraine are visiting them. They’re not staying home; they’re spending their vacation time with them. We’re always in a hurry, because we have many performances, but every time we make sure to give hugs, take photographs, and thank the soldiers.” Co-organizer Solomiya Muryn, after her eighth trip to the front, shared her impressions. 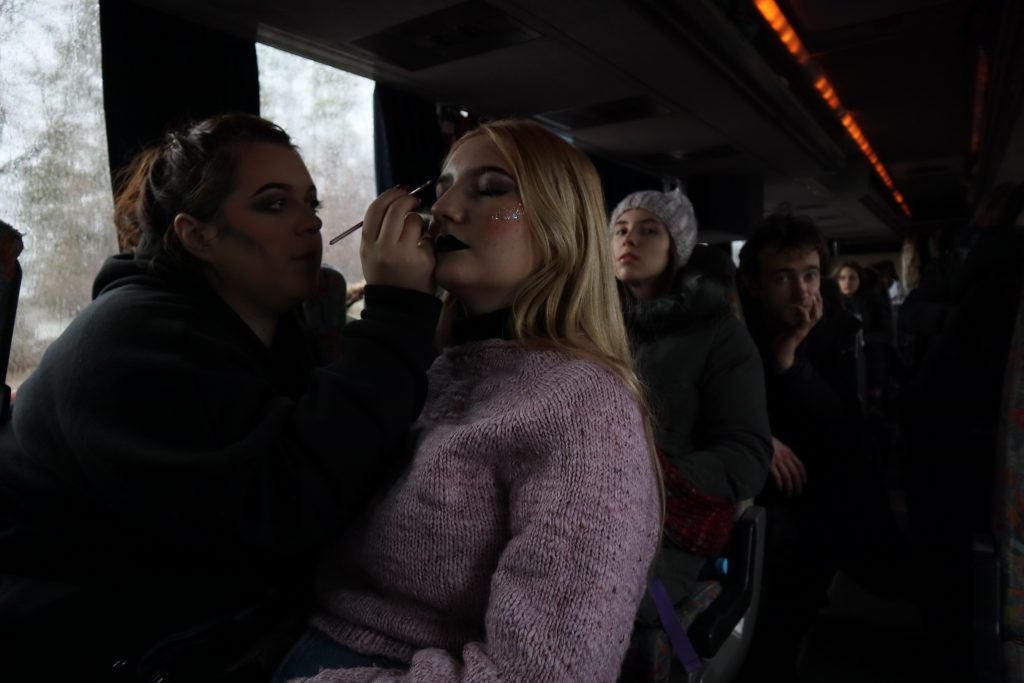 The students spent some three months preparing the 45-minute performance. They also chose carolers – the angelic choir and the actors in the vertep. The organizers said that they never turned on the radio during the whole bus trip, because the space was filled by the voices of the “angelic choir.” 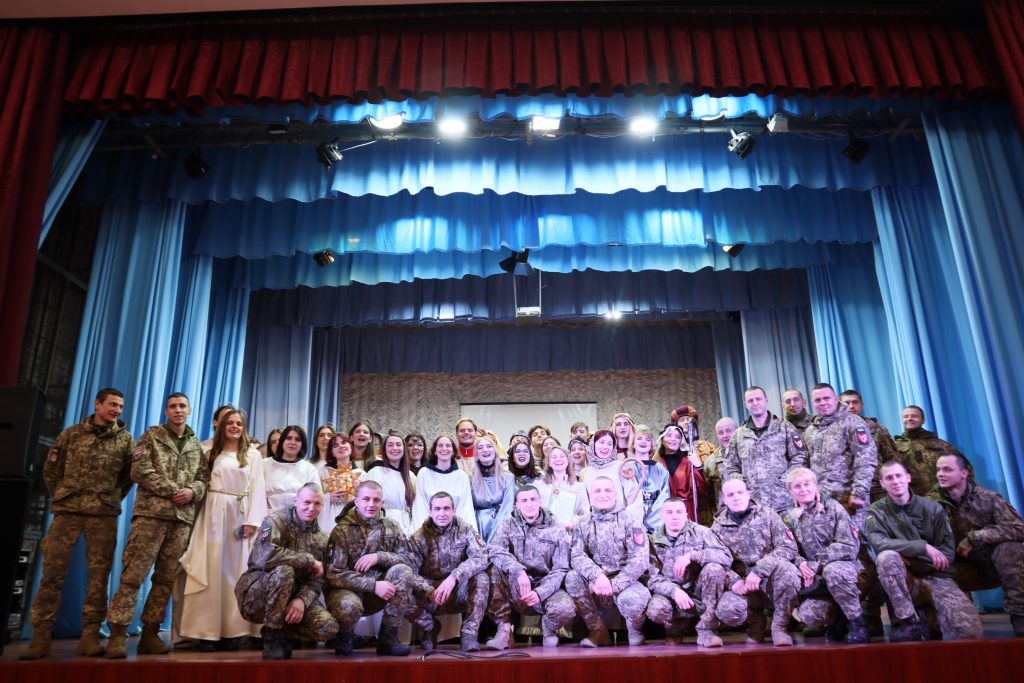 The UCU student organization United Ukraine was founded by UCU student-volunteers. From the start of the war, the students have been carrying out the projects “Vertep in the East,” “Theater in the East,” and “We rejoice together,” in order to support soldiers and civilians on and near the front line and to form cultural and patriotic values in the students themselves.