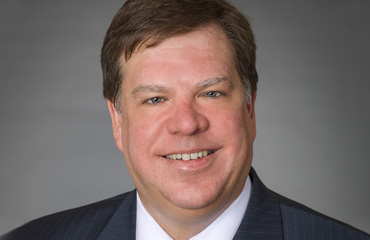 Taras Szmagala, Jr. currently serves as a senior vice president with Eaton, a power management company with $18 billion in annual sales and 92,000 employees in more than 175 countries. In his role, Taras is responsible for managing Eaton’s public relations and corporate communications functions worldwide.

In addition to his role as UCEF board chair, Taras also serves on the board of University Circle, Inc., Cleveland’s premier arts, education, and medical district, as well as the United Way of Greater Cleveland. He holds a B.A. and J.D. from the University of Virginia. 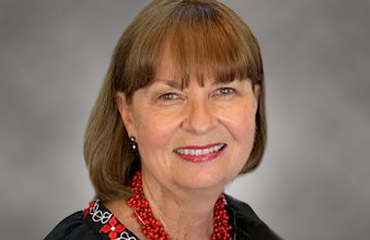 Anne Chermak Dillen is Co-Director, Dillen Associates, LLC, specializing in strategic communications, public relations and marketing consulting. Previously, Anne had a 34 year career as a Foreign Service Officer with the U.S. State Department and U.S. Information Agency, serving six presidents and attaining the rank of Minister Counselor, the civilian equivalent of two star general. She was honored with the Secretary of State’s Career Achievement Award, “in recognition of her distinguished diplomatic service to the U.S. Government in Moscow, Berlin, Belgrade, Rome, Madrid, Sofia, Bonn and Washington and with appreciation for her outstanding efforts in promoting U.S. national interests.”

Post-Foreign Service, Anne has focused her efforts on Ukraine’s democratic development by organizing women’s leadership projects and supporting Ukrainian Catholic University (UCU). She is Founder and Chair, San Francisco Friends of UCU. In 2018, she created and taught a course on Global Issues in Public Diplomacy and Public Affairs in UCU’s Masters Program in Media Communications. 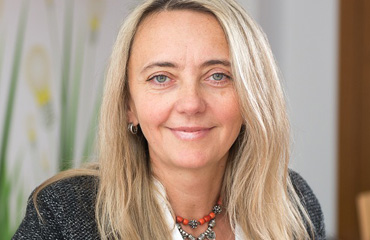 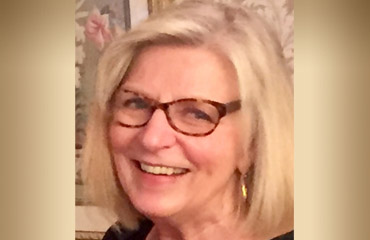 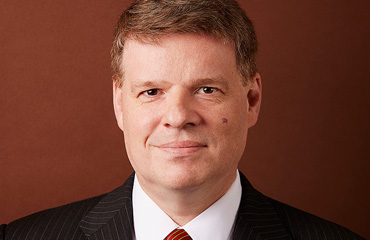 Andrew E. Lencyk has been a partner in a New York law firm specializing in securities litigation and is now of counsel to a law firm in the same area.

He is the youngest son of a member of the last graduating class of UCU’s predecessor entity, the Lviv Theological Academy, before its shutdown during the Soviet occupation. 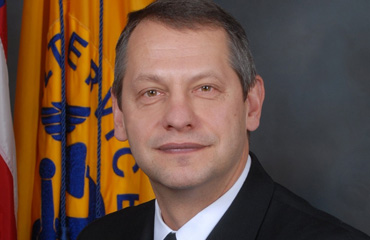 Rear Admiral (retired) Boris D. Lushniak, MD, MPH, has been Dean of the School of Public Health at the University of Maryland since January 2017 after serving as Department Chair of Preventive Medicine and Professor of Dermatology at the Uniformed Services University. He was the US Deputy Surgeon General (SG) from 2010-15, Acting SG from 2013-14, and was responsible for the 50th Anniversary SG’s Report on Smoking and Health and the SG Call to Action to Prevent Skin Cancer. During the Ebola response in 2015, he commanded the US Public Health Service (USPHS) Monrovia Medical Unit in Liberia.

He attended Northwestern (BS 1981, MD 1983) and Harvard (MPH 1984) and completed residencies in family medicine and dermatology and is certified in dermatology and preventive medicine (occupational). He began his USPHS career in 1988 in the Epidemic Intelligence Service and served with NIOSH until 2004 and was part of the team at Ground Zero and the CDC anthrax team. In 2004 he transitioned to the FDA in the Office of Counterterrorism and was appointed FDA Assistant Commissioner in 2005. He retired from the USPHS in 2015 as a two-star Rear Admiral after 27 years in the uniformed services. 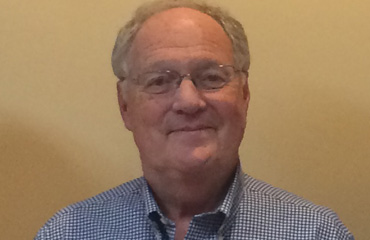 Schmidt helped Bradley become one of the country’s most influential and effective conservative policy-oriented foundations. He played a significant role in most of Bradley’s successful grantmaking strategies, including the expansion of educational options for low-income parents, first in Milwaukee and then elsewhere around the country; the reform of government-assistance programs in a way that affirms the dignity of work, first in Wisconsin and then nationally; securing a place for faith in the public square; defending and advancing American interests and ideals internationally, and vindicating and promoting human rights worldwide.

He also played a large role in Bradley’s contribution to the construction of Miller Park, which helped ensure the Brewers baseball club’s continued presence in Milwaukee. As well, he spearheaded creation in 1989 of the Bradley Commission on History in Schools; the annual Bradley Symposium in Washington, D.C.; and the 2008 Bradley Project on America’s National Identity, which presaged many debates now roiling the U.S. and all the West.

Before coming to Bradley, he was Assistant to the Vice President for Academic Affairs at Marquette University — where he earned his Ph.D. in History and taught Russian History and Western Civilization.

Schmidt currently serves on the boards of directors of the Ukrainian Catholic Education Foundation in Chicago and the Messmer Catholic Schools in Milwaukee.

He and his wife live in Wauwatosa, Wis. They have two children and two granddaughters. 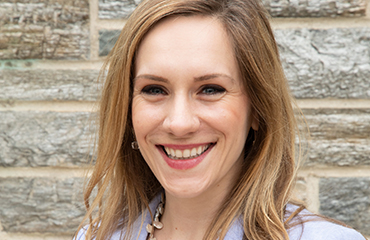 Catherine Stecyk is Director of the Center for Research & Fellowships (CRF) at Villanova University, where she leads a team of six and directs a portfolio of undergraduate and graduate research programs, processes for nationally competitive scholarships and fellowships, and the Villanova Presidential Scholars Program. Previously, Catherine worked with the HealthMap Informatics Program at Boston Children’s Hospital and with the International HIV/AIDS Alliance in Kyiv, Ukraine. Catherine was a Fulbright US Student Fellow in Ukraine (2010-11), where she conducted research on the work of nonprofit organizations in healthcare. As a Fulbright fellow, she was based at the Ukrainian Catholic University (UCU). She completed her BS at the University of Notre Dame, MPH at Boston University, and MBA at Villanova University. She is a member of the Board of Directors for the Ukrainian Catholic University Foundation and also volunteers for Philadelphia Futures and Clarifi in Philadelphia. 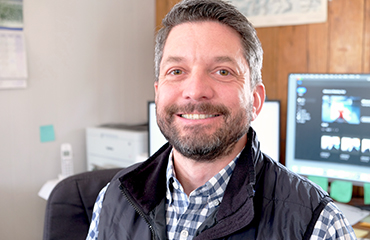 Taras Ferencevych has a 25+ year career in education based on an eclectic mix of experiences with a strong emphasis on programming. From his beginnings as a camp counselor, he understood the importance of thoughtful program design as a catalyst for meaningful and fulfilling student experiences. Taras’ experiences working in higher education helped him discover social-justice work, community building, and high-impact learning practices. After leaving higher education, Taras ventured into the world of independent schools as a classroom teacher and Director of Experiential Learning. He has worked at several day and boarding schools in New England and the mid-Atlantic. Since January of 2020 Taras has worked for the Independent School Experiential Education Network (ISEEN) supporting its member schools by creating varied and important professional development experiences online and in person. In addition to serving on the UCU Foundation’s board, Taras volunteers his time in Plast, Razom and as a ski and mountain biking coach. Taras believes that UCU has played and will continue to play a vital role in building a just and prosperous society in Ukraine. 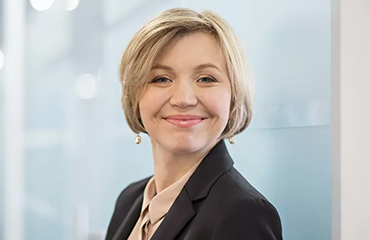 Nataliya Anon is a tech entrepreneur in Silicon Valley, who has founded and led two successful technology companies. In 2003 she founded Svitla Systems, Inc., where she currently serves as the CEO. Prior to Svitla, Nataliya founded Lohika, which was acquired by Altran in 2016. Nataliya is also the co-founder of the US non-profit “Hromada”,which publishes the first Ukrainian newspaper on the West Coast of the US and provides war relief assistance to Ukraine’s most vulnerable. She holds a master’s degree in IT and Accounting from the University of Kansas and an MBA from Stanford University.

Nataliya is driven by her passion to help Ukraine in its fight for independence and basic human dignity; she is inspired by the powerful story of UCU which cultivates the new ethical leaders of Ukraine’s tomorrow. 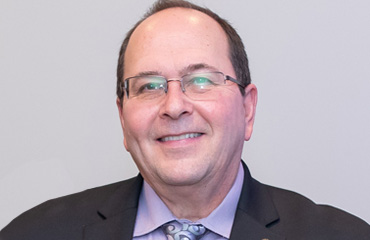 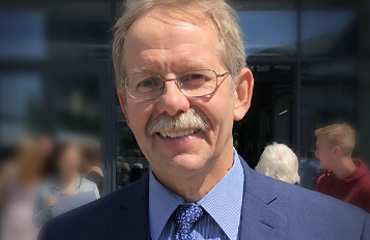 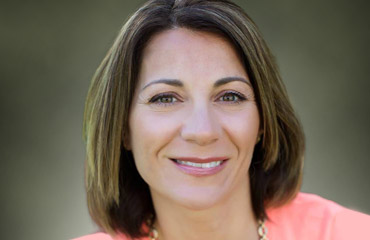 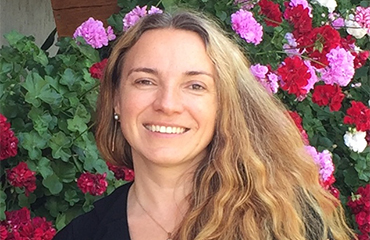 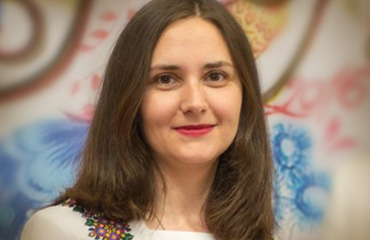 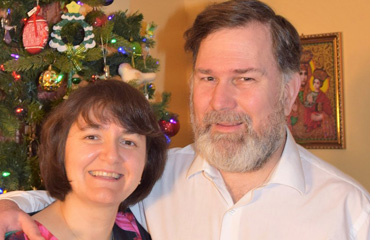 Manager of Grants and Publications 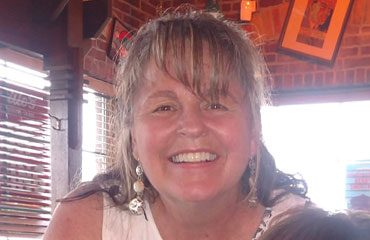 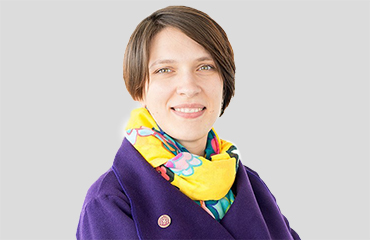 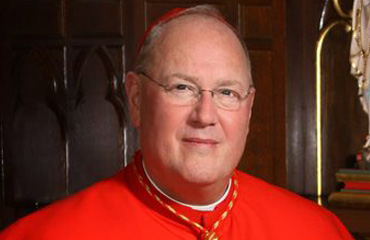 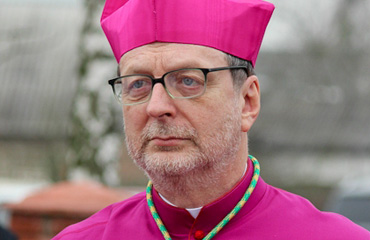 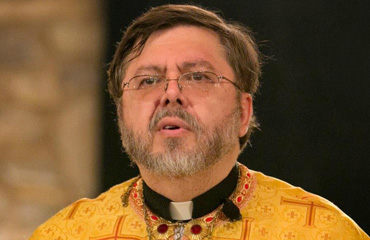 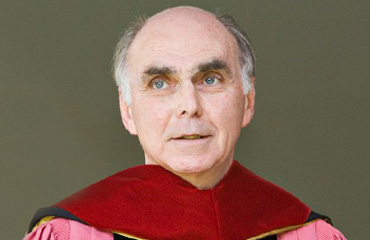 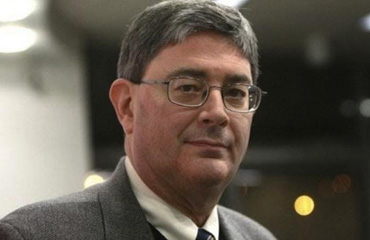 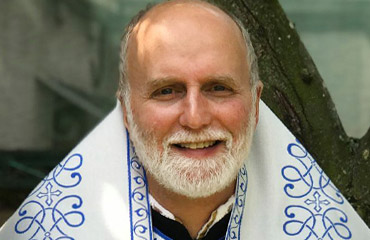