Collegium II was officially opened and consecrated at UCU

On 26 June, the Ukrainian Catholic University officially opened and consecrated Collegium II, a massive formational space for students, designed on the model of a living learning community.

Two curators will reside with students on each floor. They will be university staff and, in addition to their direct obligations, they will share a general living space with the young people and be responsible for the formational program: spiritual, cultural-integrational, educational, and athletic. 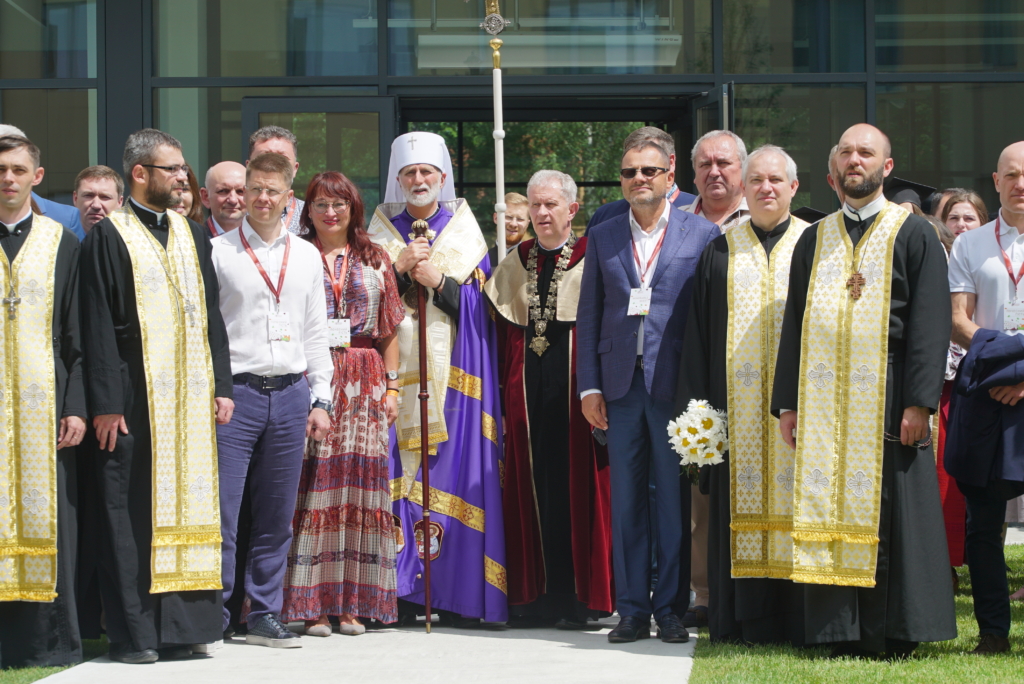 The formational program is a particularity of UCU’s collegiums. This is a unique proposal addressed to students, who have an opportunity to develop their spirituality, personal qualities, and social skills through participation in the life of the community. It is built on the logic of the motto of the Ukrainian Catholic University: Witness, Serve, Communicate. “The formational program unites students, professors, religious, and persons with special needs. Together they pray and show how it is possible to witness through their lives and share experience and attitudes. This distinguishes the UCU Collegium not only from other dormitories in Ukraine but from similar student residences throughout the world.” So comments the master of the Collegium, Fr. Yuriy Kozvlovskyi. 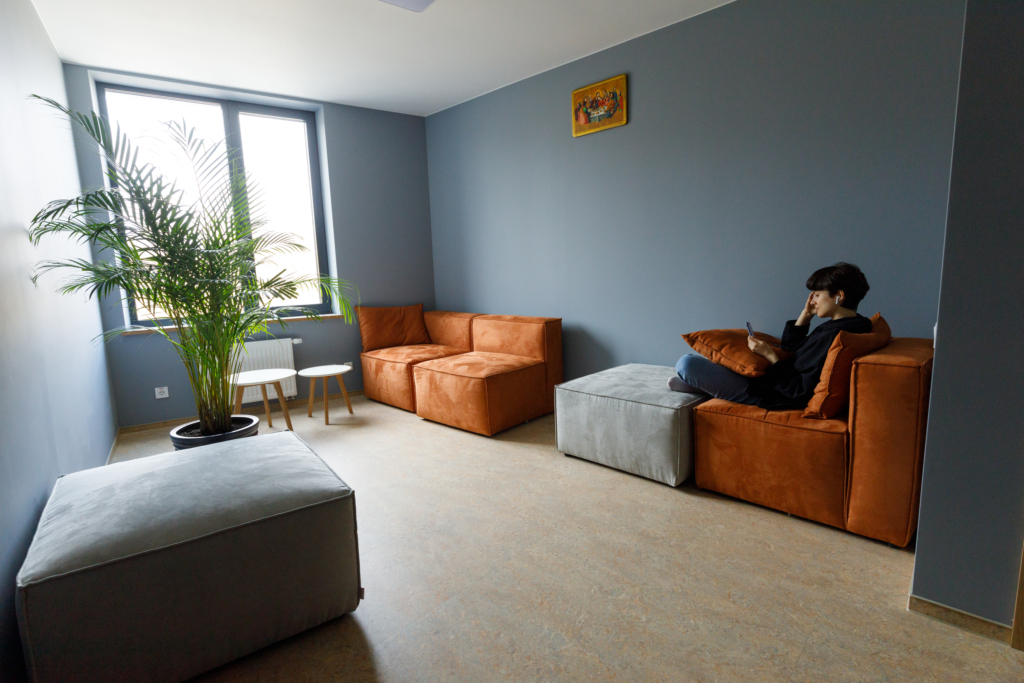 Collegium II is part of the unique campus of the Ukrainian Catholic University, which also contains: the Metropolitan Andrey Sheptytsky Center, the University Church of the Holy Wisdom of God, the Multi-Purpose Academic Building, and the Patriarch Josyf Slipyj Collegium.

The basic conceptual decisions and functional components of the building were determined by a special UCU group, with the participation of international and university architects, in particular the authors of the original concept of the Patriarch Josyf Slipyj Collegium (Collegium I). The general designer was the company ABP Development (architects Volodymyr Yosypchuk, Vitaliy Hanzha, and Anna Kundrutskova). The company O.B. K. Project and a number of other companies developed the main engineering networks. The interiors of the hotel-office wings were developed by Maria Pavlyshak and Halyna Strypa (Design Office Ses3). The landscaping concept was developed by Iryna Volynets and Maria Protsyk (MI Studio). The general construction contractor was the company Galician Building Guild. 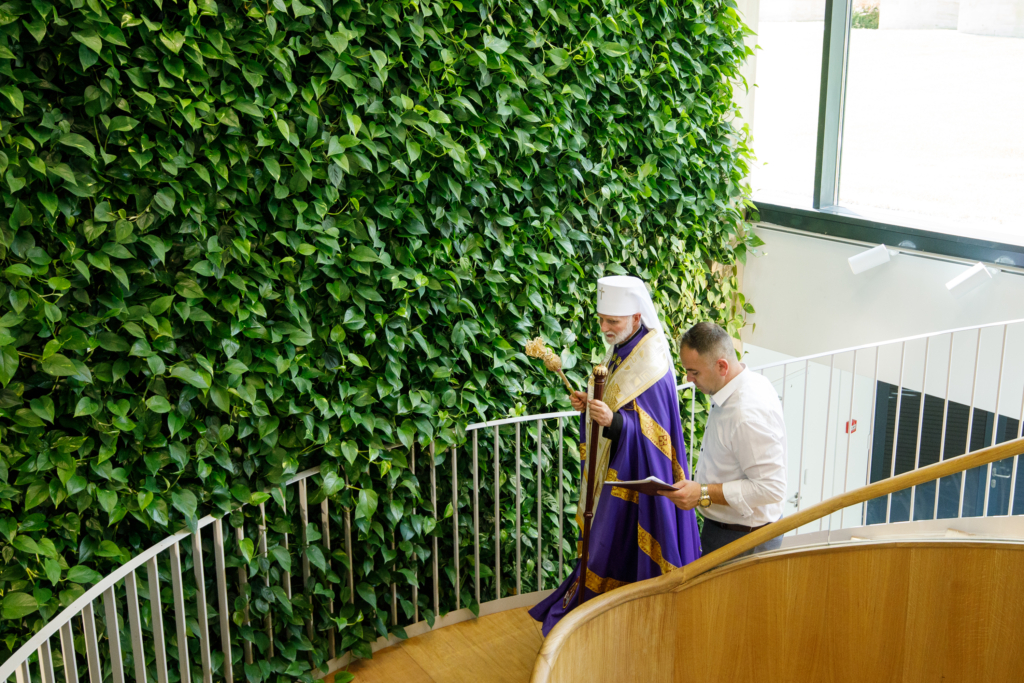 The general budget for the construction of UCU’s Collegium II is approximately $9 million. This includes all direct and indirect costs of the project: from concept development and designs to construction, decoration, landscaping, furniture and equipment, including household appliances and multimedia equipment, and also all other UCU expenses connected with construction. The U.S. International Development Finance Corporation (previously called OPIC: Overseas Private Investment Corporation) loaned $6.3 million. The rest came from benefactors and foundations. UCU is now looking for funds to help pay back the loan. 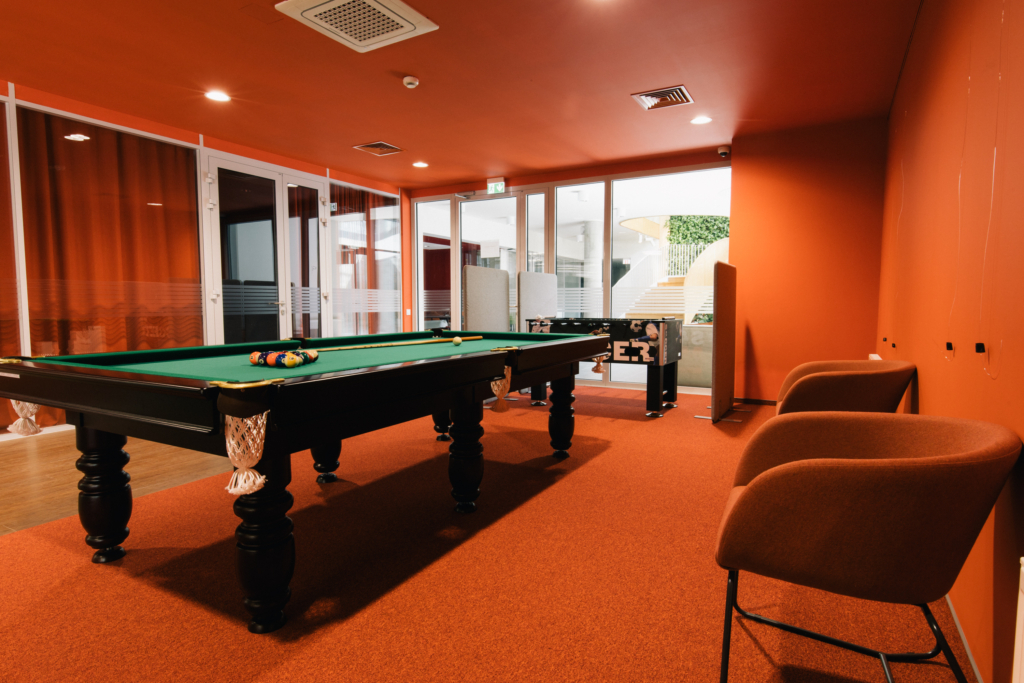 Among the benefactors, who donated approximately $2.7 million, are entrepreneurs, companies, and charitable foundations.

Further information about the equipping of the floors, the construction of Collegium II, and its particularities and formational program is available HERE 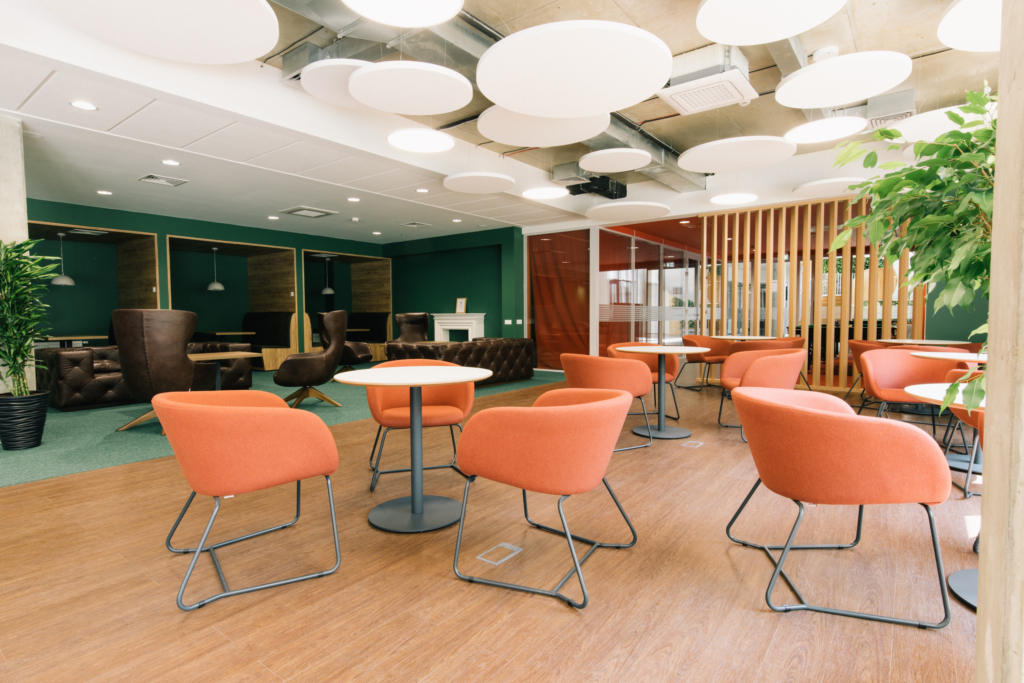