On 5 February, a session of the Senate was held at the Ukrainian Catholic University. Senators discussed the current situation in Ukraine, listened to a report about the implementation of UCU Strategy 2025 and the activities of the Humanities Faculty and Applied Sciences Faculty, and approved digitalization projects at the university.

The Grand Chancellor of UCU, Father and Head of the Ukrainian Greek-Catholic Church His Beatitude Sviatoslav Shevchuk, joined the session of the Senate in person. The session was held in a hybrid format: the majority of senators were at UCU, though some joined online from various parts of the world. 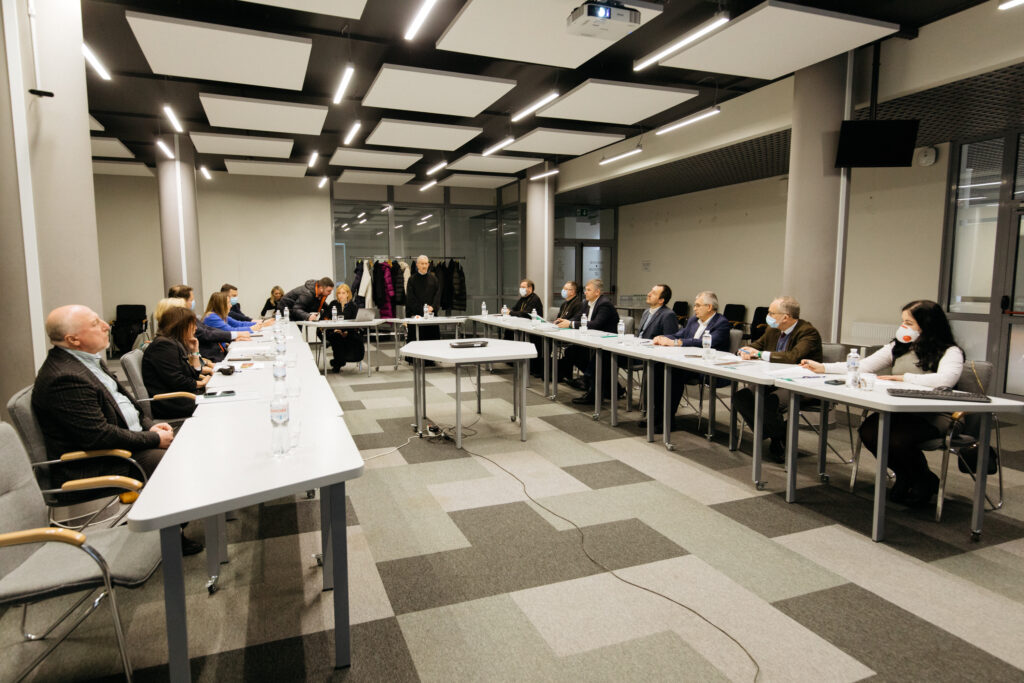 We note that the 61st session of the Senate preceded commencement ceremonies for masters, which happened on 5 February at the University Church of the Holy Wisdom of Church, with His Beatitude Sviatoslav as keynote speaker.

At the start of the session, the senators discussed the situation in Ukraine, in particular, how the university survived the challenges of the pandemic and the worsening of the military situation with Russia and the global crisis in general. Father Rector Bohdan Prach emphasized that it is exceptionally important for the university to remain with its students, to find opportunities for being together on campus and for life in the collegium. So it has become a priority for UCU in the spring semester to provide the necessary conditions for in-person study in a period of quarantine restrictions. The support and thought of the senators in turbulent times is very important for the university, because they have great management experience and represent various fields and countries. This allows us to see the wider picture and determine how necessary it is to act in a given situation.

Later His Beatitude Sviatoslav discussed the pastoral plan of the UGCC to 2030 and UCU’s place in it.

UCU Vice-Rector for Strategic Development Sophia Opatska presented a report to the senators about the status of the implementation of Strategy 2025 in academic year 2020-2021. She said significant progress has also been made in strategic projects like “Worldview Core Program,” “Translating the Person and Legacy of Metropolitan Andrey Sheptytsky into Today’s Language,” “Support of Teaching Expertise,” and “Acquiring Habits of Entrepreneurship, Self-Motivation, and Innovation.”

As Sophia Opatska stated, last year the university made significant progress in the area of the integrated development of students (it grew from 15% to 33%) and the institutionalization of the model of service learning (from 16% to 29%). Also, a system for collecting indicators and intermediate results was presented. More information about the implementation of strategic projects in the 2020-2021 academic year is available in the Ukrainian-language presentation. In general, at the end of academic year 2020-2021 the strategy was 30% implemented. 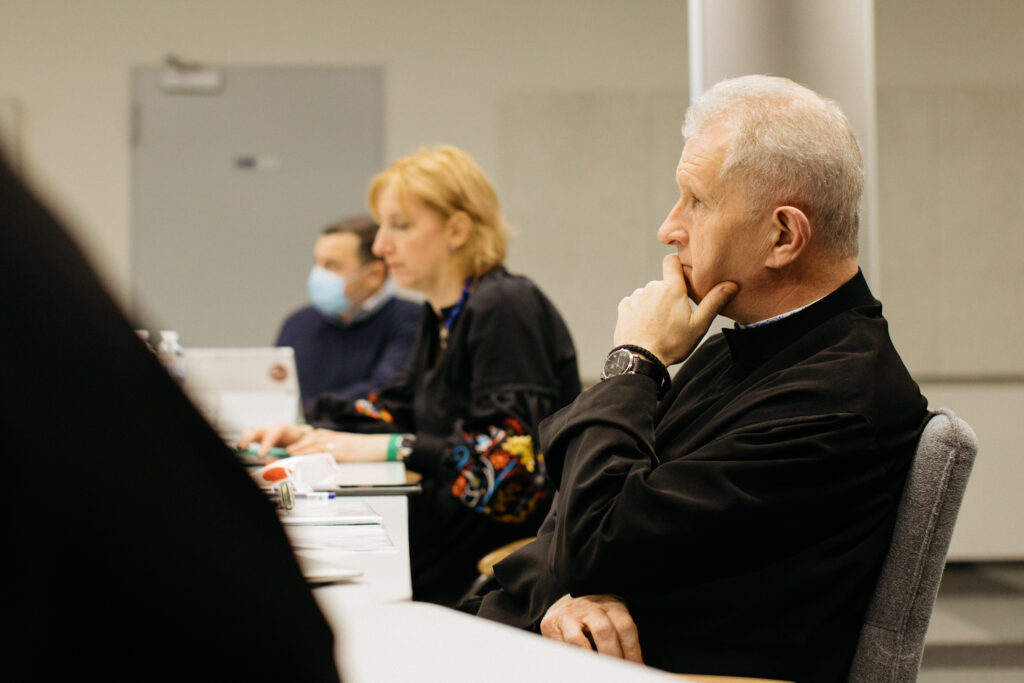 After the presentation of the report, His Beatitude Sviatoslav emphasized the importance of the active involvement of the Faculty of Theology and Philosophy in implementing the university’s strategy.

Lyubomy Tarnovskyy, Vice-Rector for Administrative and Financial Affairs, and Oleh Lahodnyuk, leader of digital transformation, spoke about the stages of introducing digitalization at the Ukrainian Catholic University. They presented a number of planned projects and the time of their implementation, according to the results of a strategic session which was held at the end of December 2021.

Introducing a system of electronic distribution of documents; API services and deanery 2.0; customer relationship management UCU, an integrated system of managing business processes; platforms for mass online courses; an office for the student and the staff member; online libraries and media libraries; mobile applications and a new UCU website (portal).

After this, Dean of the Humanities Faculty Andriy Yasinovskyi presented a report on the faculty’s activities and development plans. After hearing the report, the senators delegated the dean and his team together with appropriate vice-rectors to develop the faculty’s strategy, especially in the development of master’s and doctoral programs. 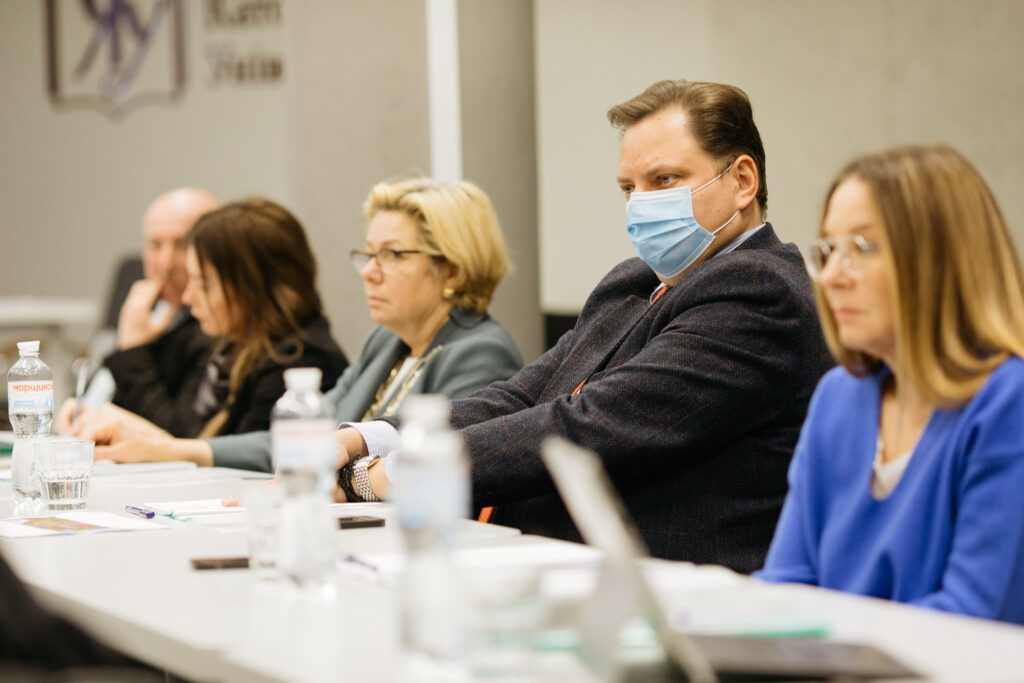 Father Rector Bohdan Prach also informed the members of the senate about the concept of the project for the Fredro-Sheptytsky Palace. Comments were made about the appropriateness of the implementation of the project. The senators approved the concept and recommended that further research be conducted for making future decisions.

The next session of the Senate of the Ukrainian Catholic University is planned for 1 July 2022.

Note
The Senate (Supervisory Council) is a delegated collegial structure of management and control of the university which determines its main bases and the directions of its development and makes decisions on the most important questions of its activities. It works to attract financial resources to support its activities and for effective mutual relations.

More information about the Senate’s mission and members is available on our site HERE https://ucu.edu.ua/about/administration/senate/