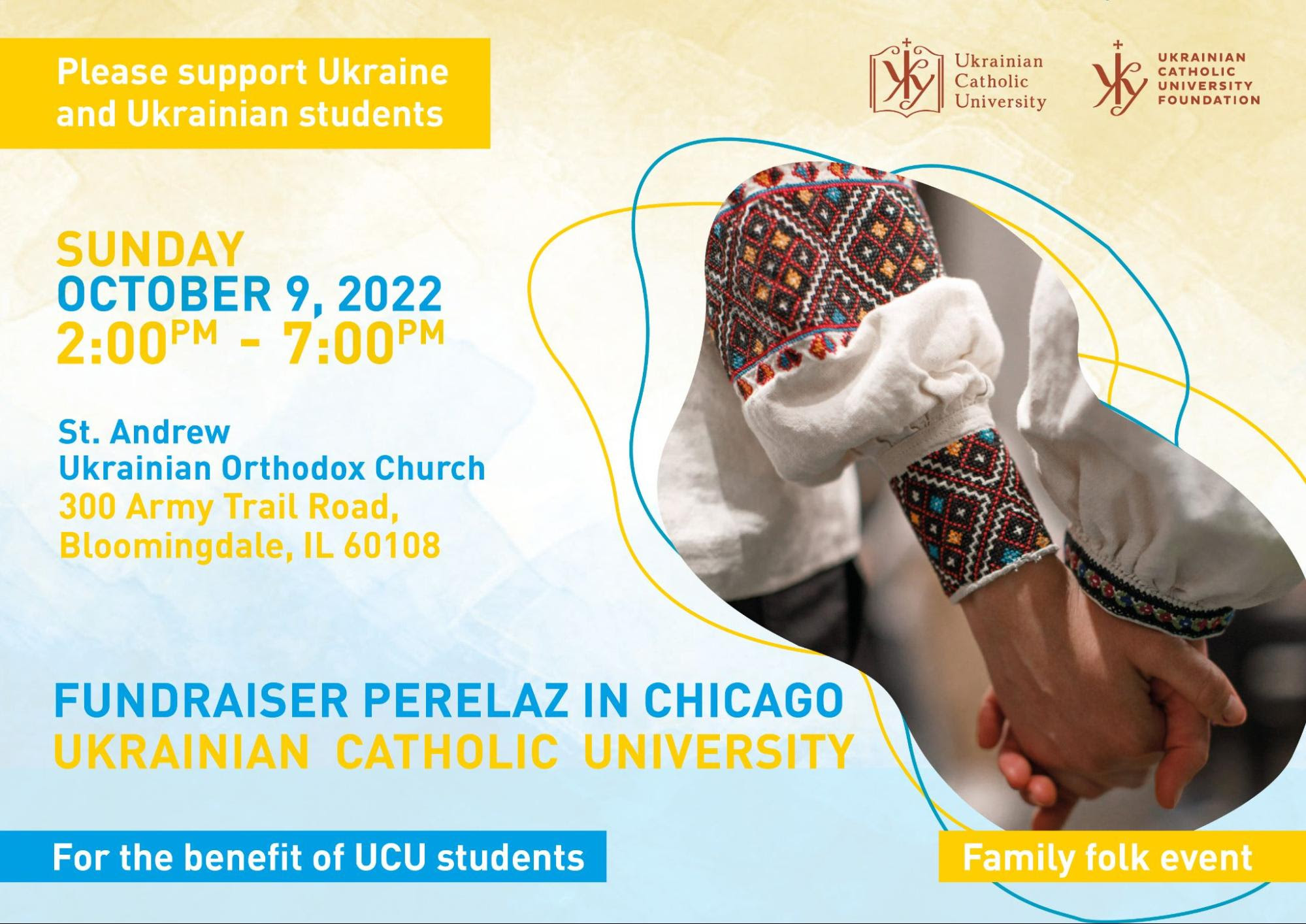 We invite you to Perelaz, a family folk event in support of Ukrainian Catholic University!

Perelaz is a symbolic gesture of friendship and tradition. In Ukrainian, Perelaz means to “climb-over” and in villages throughout Ukraine, neighbors are often invited to cross over the fence to visit with friends. In this spirit, UCU invites you, our neighbors and friends, to cross over our fence and join our UCU community for a traditional and festive evening celebrating our University.

By participating in this event you’ll support one of the best universities in Ukraine! UCU is included in the list of top-30 outstanding projects created during the 30 years of Ukraine’s Independence that have moved the country forward. Since its founding in 1992 Ukrainian Catholic University does not have the financial support of the state and develops exclusively due to the generosity of thousands of people throughout the globe. And UCU and its students and staff are in the forefront of the current fight to preserve Ukraine’s freedom.

During the event, you will have an opportunity to listen to our outstanding speakers, soon to be announced.

There will be a special separate program for children. Don’t hesitate to bring the youngest members of your family along!

The dress code of the event is Ukrainian embroidery (vyshyvanka). So, let’s prepare and iron our best embroidered shirts!

The event will take place both indoors and outdoors.

Ukrainian Catholic University is a non-governmental educational institution. Without receiving any government funding, it operates with the support of philanthropists from Ukraine and abroad..

The success of the Folk Ball is, first of all, the generosity of its guests, the support of sponsors, the donations of leading Ukrainian artists and artists who generously provide their works to the charity auction, which takes place as part of the ball.