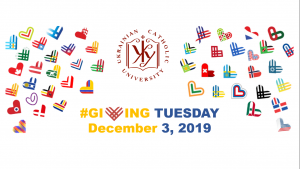 Giving is not just about making a donation. It is about making a difference. Join us on December 3 by pledging your time, skills, voice, and dollars to support students and programs of the Ukrainian Catholic University.

When so much attention is given to what makes us different, generosity is what brings people together. We’re proud to be part of the #GivingTuesday global movement for generosity.

This year, we’re raising money for the following UCU Scholarship projects on #GivingTuesday:

The Ukrainian Catholic University, in memory of its teacher Bohdan Solchanyk, a hero of the Heavenly Hundred, has established the first scholarship for the university to study at the UCU doctoral program. The Bohdan Solchanyk Doctoral Scholarship is awarded annually to the best graduate student who prepares a dissertation for a multidisciplinary subject.

Bohdan Solchanyk was a young scholar and teacher at UCU who was killed by a sniper on Independence Square in Kyiv on February 20, 2014 during the Revolution of Dignity. Bohdan was preparing to defend his dissertation, “Electoral practices in a small western Ukrainian city from 1965 to 2006.” From the first days of the Euromaidan, Bohdan Solchanyk was among those activists who peacefully defended their right to dignity and protested against the Yanukovych regime.

Scholarship covers a full year of study at the University for one student for one academic year.

The Ukrainian Catholic University does not receive any financial support from the Ukrainian government and, in the funding of its educational and research programs, is entirely dependent on the help of charitable foundations and private donors. The average cost to educate an undergraduate student at UCU is about US $ 3,300 per year.  Each year, UCU sets the price of student payments at a level that the majority of students can afford, and these tuition payments vary by program, ranging from about $500 in some humanities fields to $2000 in computer science, for the academic year 2019-2020.  Since those student payments are much less than the expenditure of $3,300 per student, the university needs to cover the total educational expenditure from donor scholarships/grants. 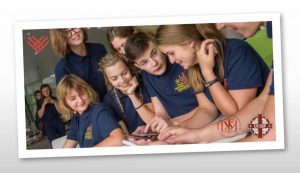 The Ukrainian Catholic University achievements and amazing results are possible thanks to your support! We are very grateful to all our friends, volunteers, and donors!

Ways YOU can help! 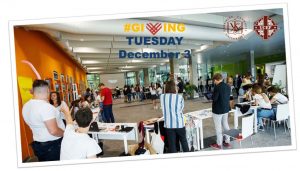 Bohdan Solchanyk, PhD Scholarship was Ruslan Chikalin, a postgraduate student of the Department of Modern and Contemporary History of Ukraine, in the specialty: “History and Archeology.”

About myself: “In elementary school, my concept of “journalism” was limited to television or radio broadcasters. On average, I read an incredible number of magazines and newspapers. At the time I wanted to be everything: teacher, marketer, physicist, archeologist, designer, nanotechnologist. “

In 10th grade, she started a school newspaper and became its editor-in-chief. And while it’s difficult to call “The Ten NEWS” a successful project, her excitement at writing her first article will never be forgotten.

Then in 2014, she graduated from Drohobych Secondary School # 10 and entered Lviv Polytechnic National University, majoring in IT. Soon enough, she realized that this was not quite for her :) So in 2016, she was selected to the Mark Twain Academy of Practical Journalism. After that, she started working in the newspaper “Express” – she wrote notes, interviews, and reports.

She says: “For me, journalism is not a profession but a lifestyle. It is the kind of activity that suits my rhythm most of all.

“It is a constant and overwhelming desire to keep abreast of all the changes around, to explore, not sit still, to ask questions and seek answers, constantly be surrounded by people and events – for me it is synonymous with the word ‘live.’ And a nice bonus is the ability to choose and constantly change the sphere of interests, not be limited. Well, except by deadlines :) “

He is a third-year student in UCU’s sociology program.

During his studies at UCU, he gained considerable experience. He had time to test himself as an interviewer during a sociological survey and participated in monitoring the quality of work of UCU teachers. Together with the team of UCU’s sociological laboratory, he worked on a study for the Ministry of Education and Science of Ukraine, which was a great opportunity to work on his first major project.

He started attending French courses last week, because, without the knowledge of languages, ​​it will be very difficult to compete in the labor market and in general to go about life. Markiyan tries to attend as many additional lectures as possible at the university, which will be useful in further education.

In May 2018, he volunteered to host the UEFA Champions League Final in Kyiv. “The competition for volunteering took place in several stages (application, interview) and I managed to overcome them all,” he says. “There I worked in the area of spectator services. It was my dream come true to attend the biggest soccer tournament, which left invaluable experience with foreigners and great memories.

“Thank you very much to all people that donated to the #GivingTuesday Scholarship! I have a great hope that my further studies and work will help change Ukraine and the world for the better.

UCU as a Startup: Adrian Slywotzky’s Analysis and Arguments

A world-renowned American economist of Ukrainian descent, one of the most prominent experts in modern management, author of world bestsellers in questions of strategic management, Adrian Slywotzky talks about the dynamic and quality growth of the Ukrainian Catholic University and explains why UCU is a unique startup at a level with the world’s most successful companies. You can see the video in the original language, English.