On 17 December, Archbishop of Cape Town and Metropolitan of the Anglican Church of South Africa Thabo Cecil Makgoba visited Ukrainian Catholic University. Archbishop Makgoba and his delegation met with UCU vice-rectors Myroslav Marynovych and Oleh Yaskiv and Dean of the Faculty of Theology and Philosophy Fr. Yuriy Shchurko. 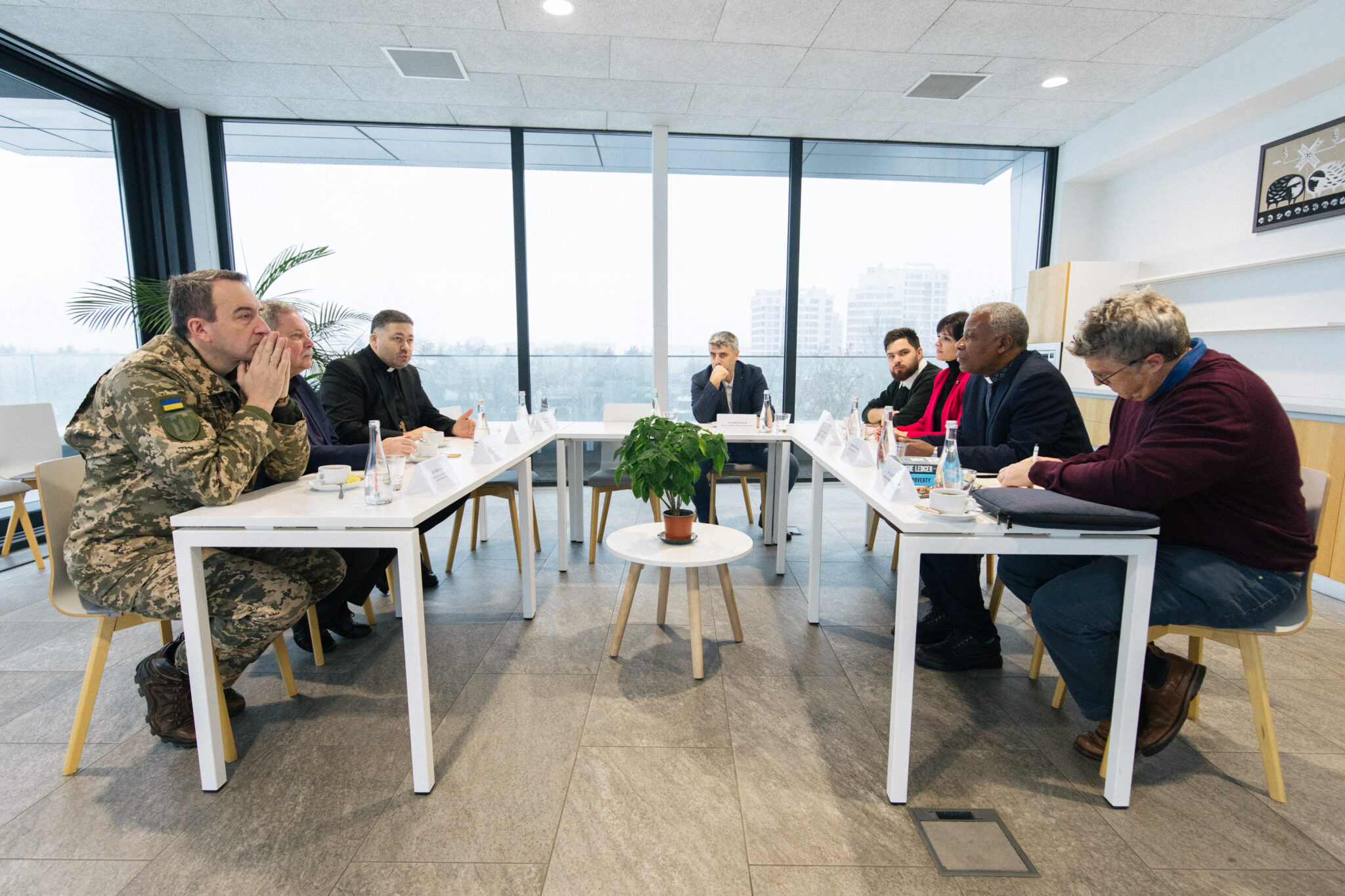 Archbishop Makgoba is considered one of the most influential Anglican spiritual leaders of South Africa. He is the youngest elected Anglican archbishop of Cape Town. He is the successor of Archbishop Desmond Tutu, who was a counselor to Nelson Mandela. 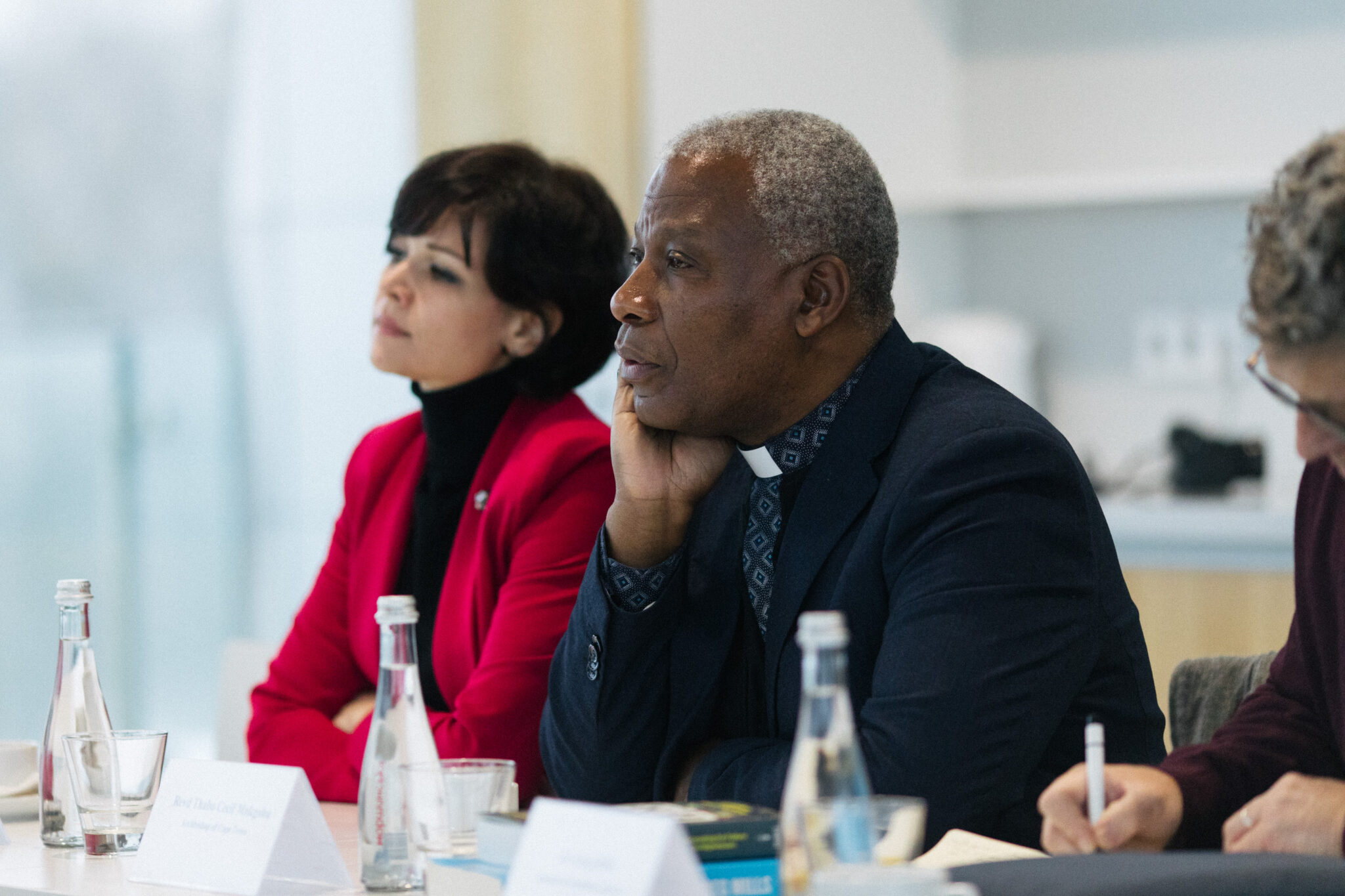 Archbishop Thabo Makgoba said that the purpose of his visit was to see the terrible consequences of Russian aggression in Ukraine and to hear eyewitnesses: “This is a ‘visit of witness,’ to hear, to see, and to feel with the heart the stories of people who live here, and then to share these at home. All of us, like all humanity, must encourage peace, but war never brings peace with itself. Today I met with UCU vice-rectors and academic staff. We discussed prospects and emphasized the importance of supporting the value of truth. Because truth makes us free. 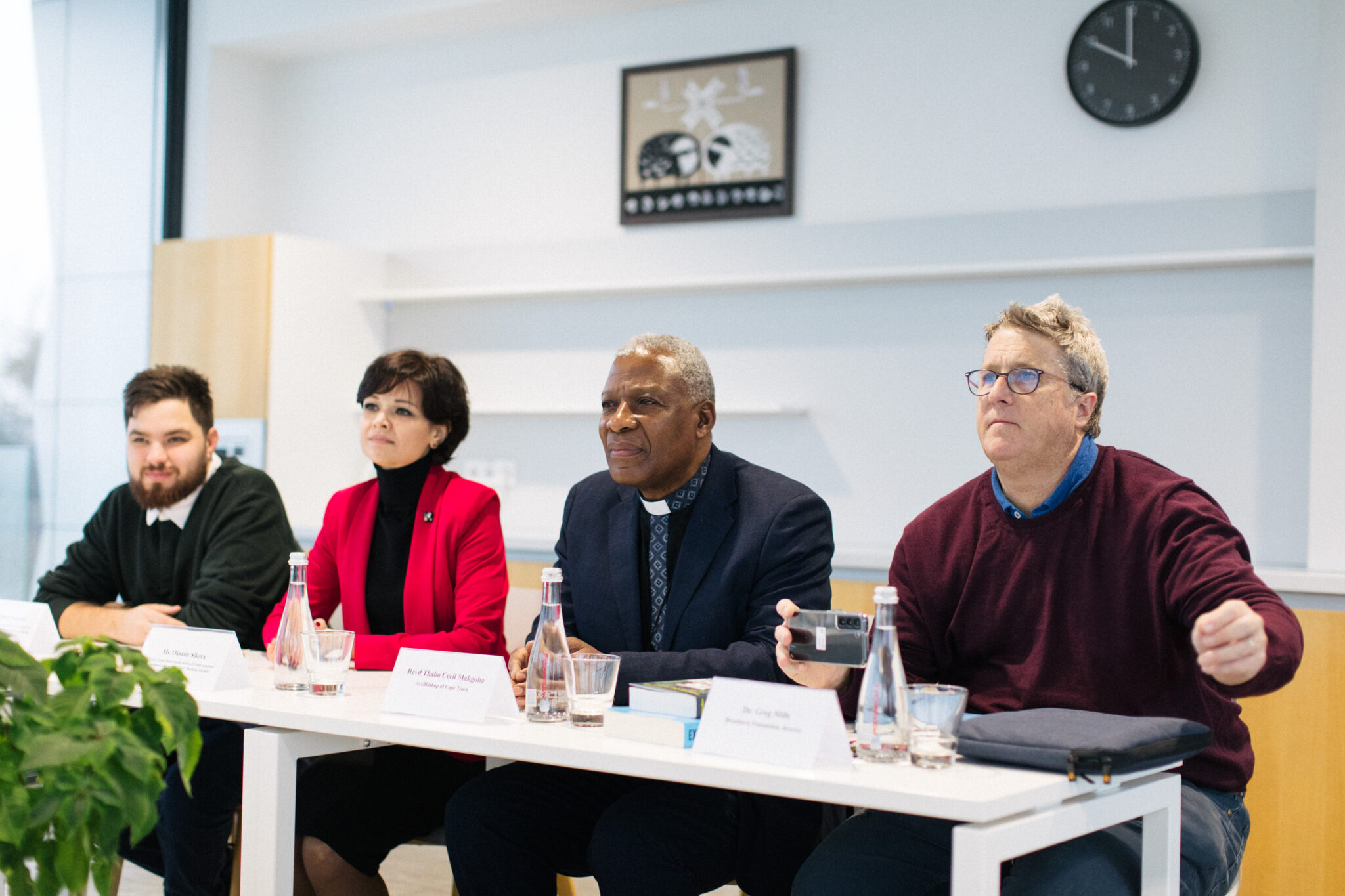 “The archbishop added that this is his first visit to Ukraine: “On the airplane I became acquainted with a lady from Ukraine who was travelling for the funeral of her grandfather. She is a very positive and open woman. She said: ‘My grandfather, who was 86, was ready to stand up for the truth.’ I am surprised that in Ukraine people live and smile; business is operating; people go for walks and live their lives. I am convinced that life should triumph over evil.”

UCU vice-rector, dissident, and human rights defender Myroslav Marynovych thanked the archbishop for his desire to spread the truth about Russia’s military aggression: “I am grateful that our partners and friends abroad are trying to understand and spread the truth about the war in Ukraine to the world. It is impossible simply to stop the shooting in order to end this war. That’s not how it works with the Russians. They are violating all legal and moral and ethical norms. We Ukrainians now see the light of truth, and we see that darkness is a world of lies, tyranny, and dictators.” 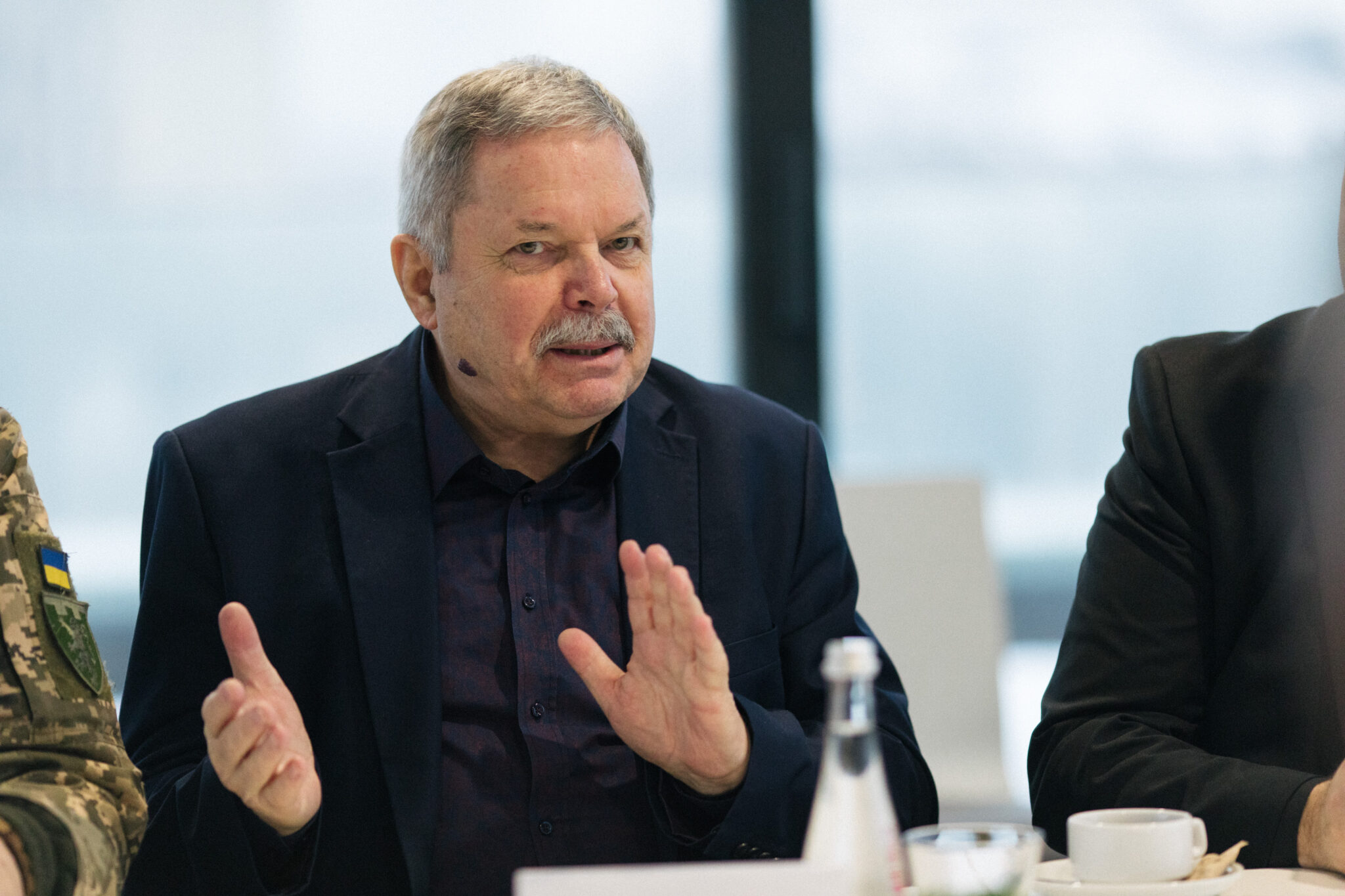 Myroslav Marynovych also shared his experience as a dissident and spoke of the Soviet terror, drawing parallels with the Russian authorities today.

Responding to the archbishop’s question about Ukrainians’ struggle and the Christian context, Fr. Yuriy Shchurko, Dean of the Faculty of Theology and Philosophy, stated that this war is a struggle of light with darkness: “We have no choice. We cannot give up, because we are fighting with evil. If we surrender, they will wipe us from the face of the earth. Russia and Putin have no moral principles.” 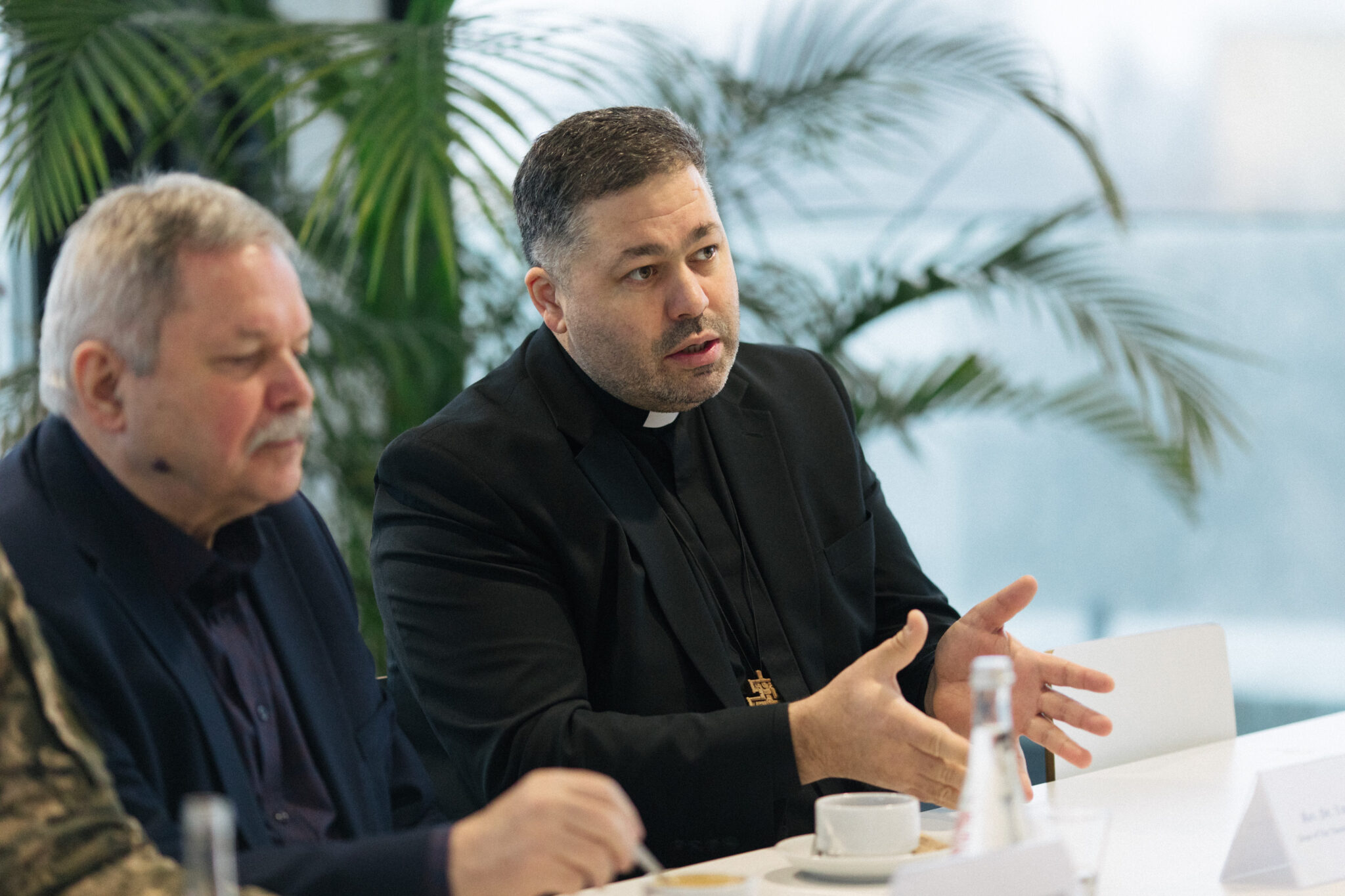 Fr. Yuriy Shchurko, Dean of the Faculty of Theology and Philosophy

Archbishop Makgoba is convinced that love and courage will lead Ukrainians forward. “I want to address Ukrainians and the whole world. We are created in God’s image. We should not violate this. We should together desire whatever brings peace, justice, and enlightenment to the world.”

At the end of the meeting, Archbishop Thabo Makgoba prayed together with representatives of the UCU delegation for peace in Ukraine and the world. 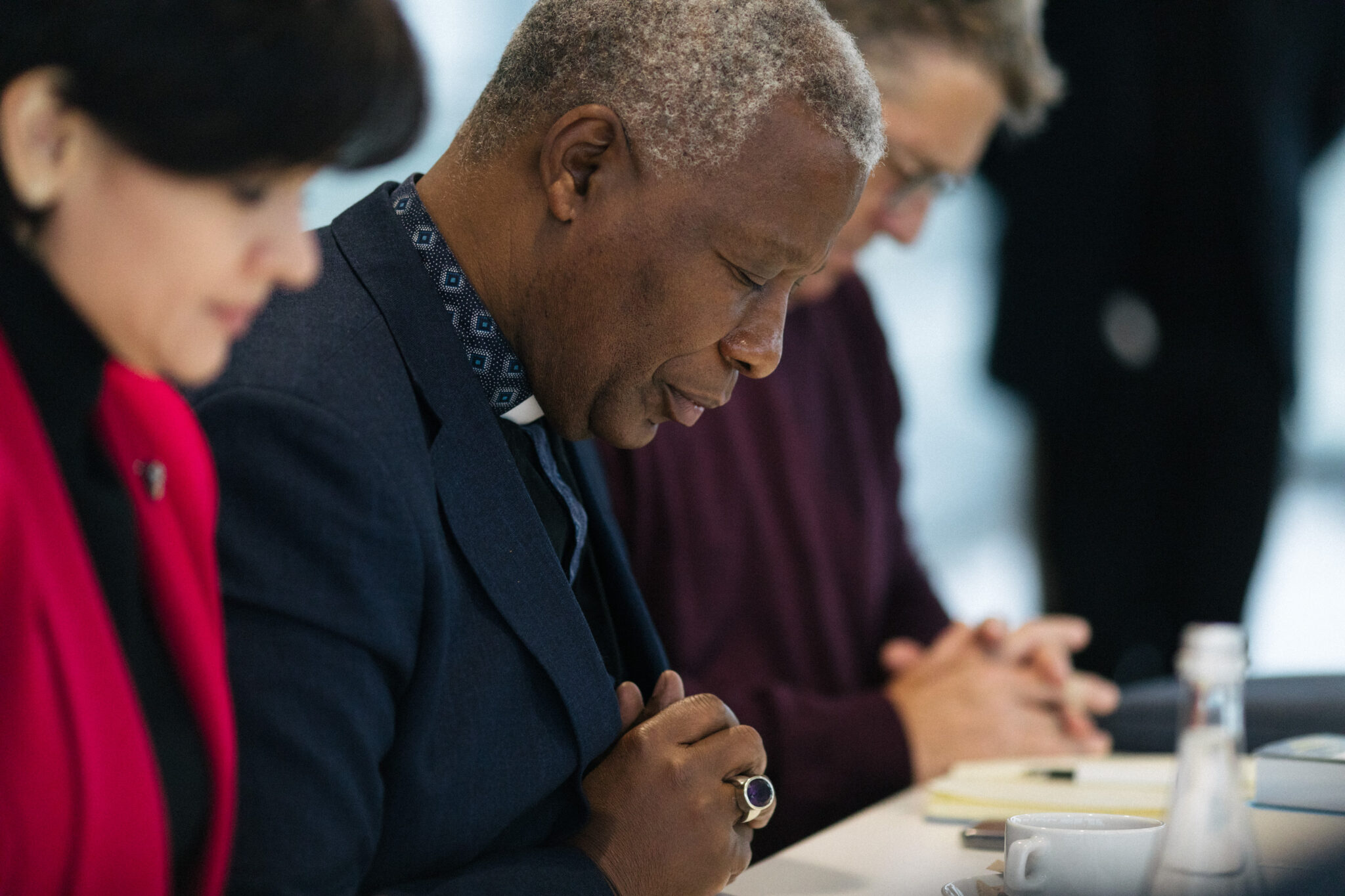 We note that, regardless of the fact that, officially, the government of South Africa has expressed neutrality regarding Russia’s war against Ukraine, Archbishop Thabo Makgoba has spoken out against Russian aggression in Ukraine. Thus, on 2 March 2022, during a service at St. George’s Cathedral in Cape Town at the start of Lent, the archbishop called the South African government to “condemn unequivocally” Russia’s invasion of Ukraine, saying it is a “flagrant breach” of article 2.4 of the UN Charter. “We Africans criticize the terrible indifference of many Europeans at the suffering of Africans when there is a conflict on our continent. Do we want to follow the Europeans in this lack of compassion, absence of indignation at the sufferings which women and children experience?” So Archbishop Makgoba emphasized in one of his addresses. His visit to Ukraine expressed his support and solidarity with the Ukrainian people.