Metropolitan-Archbishop Borys Gudziak will be the principal commencement speaker and will receive an honorary degree at the University of Notre Dame’s 177th University Commencement Ceremony on May 15th.

“We have previously honored Archbishop Gudziak for his work as leader of the Ukrainian Catholic University as a center for cultural thought, for his Christian witness and for the formation of a Ukrainian society based on human dignity. We now further recognize him as he speaks forcefully and eloquently in support of the Ukrainian people and in opposition to the Russian invasion of his ancestral homeland.” – Rev. John I. Jenkins, Notre Dame President 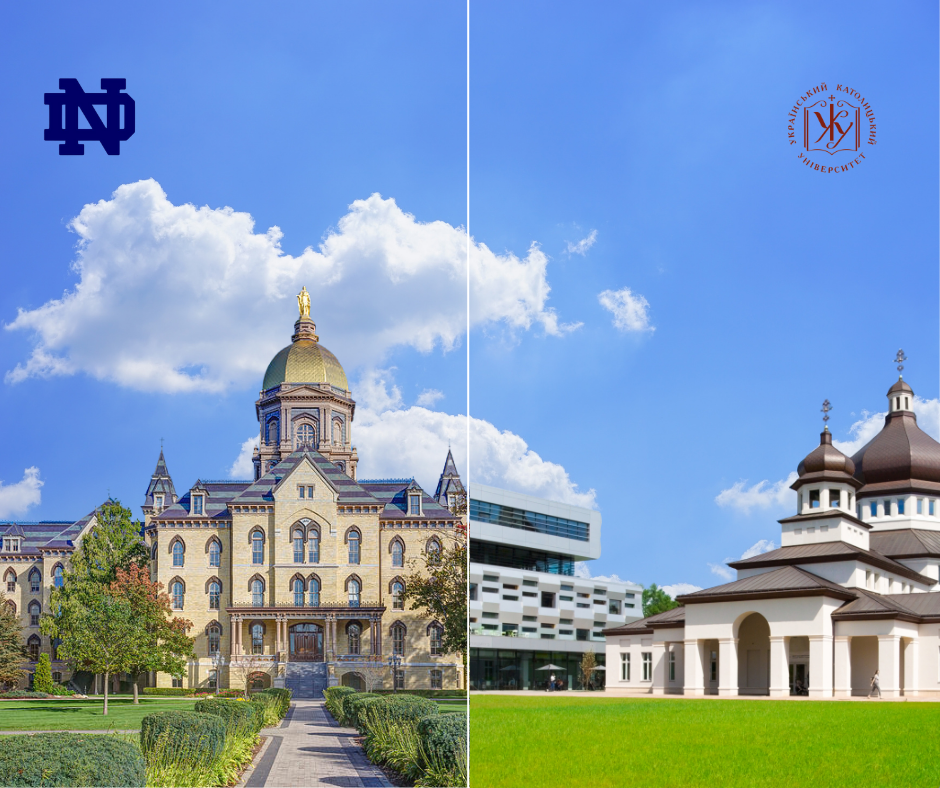 The President of the University of Notre Dame, Father John I. Jenkins, CSC, and the Archbishop-Metropolitan Borys Gudziak, President of Ukrainian Catholic University, signed an agreement today, May 13, 2022 on a significant expansion of academic and spiritual cooperation between universities.

The expansion of cooperation, totaling two million dollars during the first year will begin next school year and will include five main components. UCU students will have the opportunity to study in Notre Dame each semester and UCU graduate students will be able to apply to study at one of Notre Dame’s five global branches: Beijing, Dublin, Jerusalem, London and Rome. The University will also offer research grants for collaboration between its faculty and UCU scholars, and will sponsor two UCU faculty fellowships each year during the semester. The University will also provide grants to support cooperation between the University of Notre Dame administration and UCU.

Metropolitan-Archbishop Borys Gudziak discusses the harsh realities facing the Ukrainian people, and how their faith and strength of character have already given them the moral victory during the Russian invasion. “The world’s focus on Ukraine is going to change, but trauma has already been inflicted and might get much much worse,” he said. “These people are going to need the support of the world for a long time.”