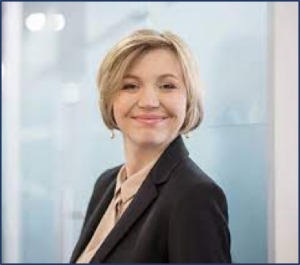 Chicago, IL — The Ukrainian Catholic Education Foundation, the US-based fundraising arm for the Ukrainian Catholic University, is pleased to announce that a $50,000 scholarship fund has been established to benefit UCU students who have either lost a parent during the Revolution of Dignity or whose parents were or are currently defending Ukraine against Russian aggression in the Donbas war.  This significant scholarship was made possible through the generosity of Ms. Nataliya Anon and the software development company she founded, Svitla Systems along with Hromada (www.hromada.us), the publisher of the only Ukrainian-language newspaper on the West Coast.  Hromada and its charitable arm, the Anhelyk Charitable Foundation (www.anhelyk.us), help children whose parents have died in the Russian-Ukrainian war in Donbas.

“The families who will benefit from this gift are sacrificing so much for Ukraine — in some cases, they’ve made the ultimate sacrifice.  The generosity of Ms. Anon and Hromada in helping these families is inspiring,” says Taras Szmagala, Jr., UCEF Chairman of the Board.

From this donation, fourteen scholarships will be awarded to UCU students for the upcoming 2021-2022 academic year and will be specifically designated for those students who have either lost a parent or whose parents are currently fighting in the Donbas war.  The war has claimed 15,000 lives.

“It is a great honor indeed for ‘Hromada’, its charitable fund ‘Anhelyk’ and myself to make this contribution. This is the least Ukrainian-American diaspora could do – financially assist Ukrainian families, who are courageously defending Ukrainian sovereignty and independence from Russian aggression. In too many cases, these families, tragically and unforgivably, lost their loved ones in this horrendous war.  Hromada’s charitable fund ‘Anhelyk’ and my personal commitment to Ukrainian Catholic University, as the flagship educational institution with highest standards in Ukraine, is strong and will continue for years to come,” says Nataliya Anon. 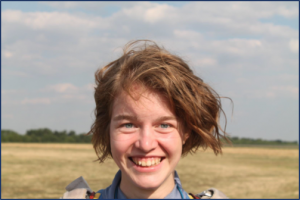 “I am most grateful to all of the members of Hromada for this scholarship opportunity which allows me to receive such a quality education at UCU and to learn from some of the best professors in this field.  Your generous scholarship donation has given me the chance to actively take part in this modern University’s culture in order to grow as a student and to become a future changemaker in Ukraine,”  says Olha Shakhnyk, third year UCU student from Dnipro whose father served in the Ukrainian Army and was killed at Illovaysk.

Scholarships for students are critical as Ukrainian Catholic University continues to grow and expand, recruiting the best and brightest students from various regions of Ukraine.