Myroslav Marynovych, Vice-Rector of the Ukrainian Catholic University and human rights defender, went on a tour to present his book, “The Universe Behind Barbed Wire,” in September and October. Photos and captions of some of the events of the tour are BELOW. 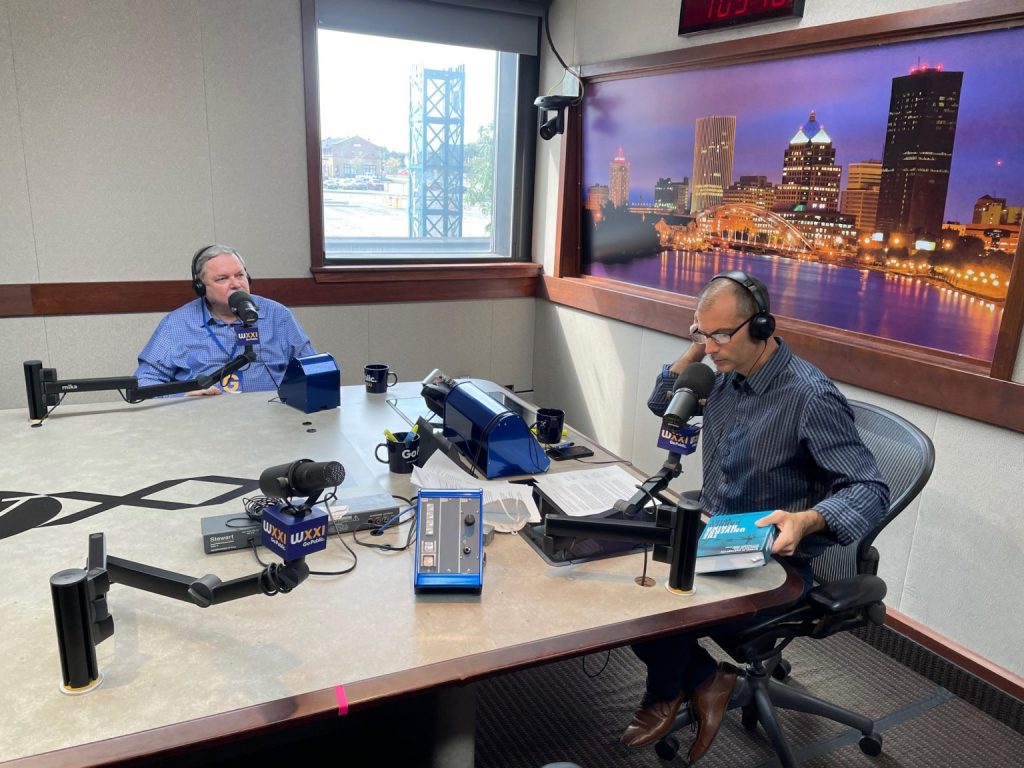 On September 27, speaking with historian Professor Randall Stone of the University of Rochester and program host Evan Dawes during the popular afternoon radio talk show “Connections” on Rochester’s NPR affiliate WXXi…Professor Myroslav Marynovych following his interview and discussion of his prison memoir: “The Universe Behind Barbed Wire” on WXXI – NPR in Rochester, New York. 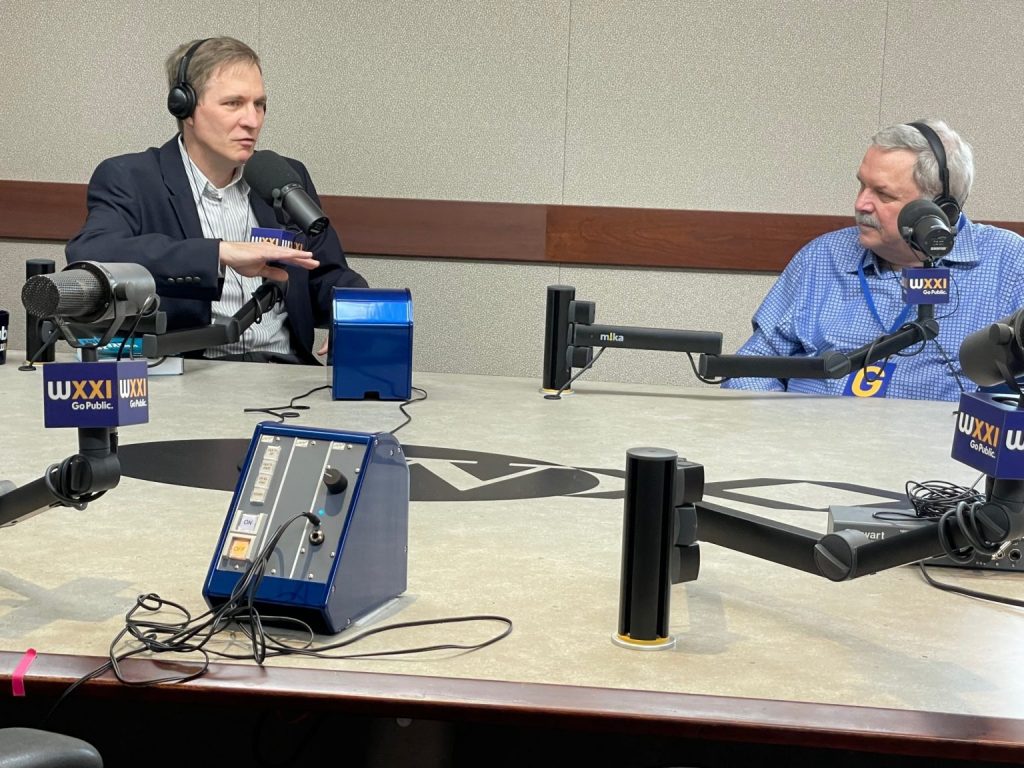 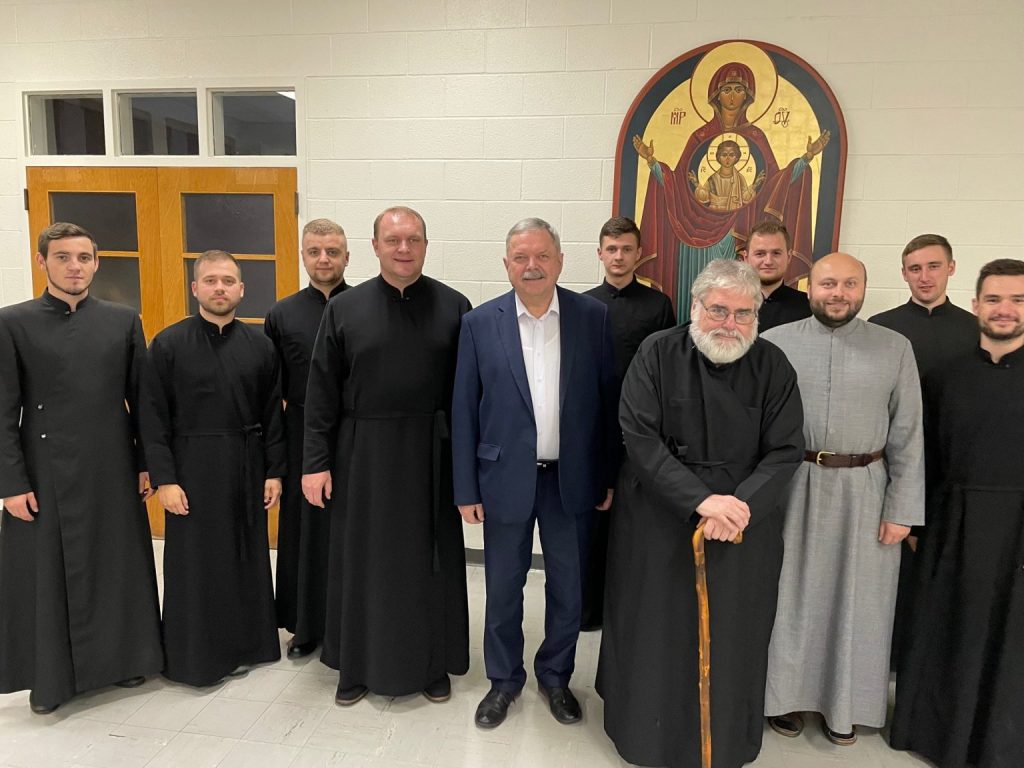 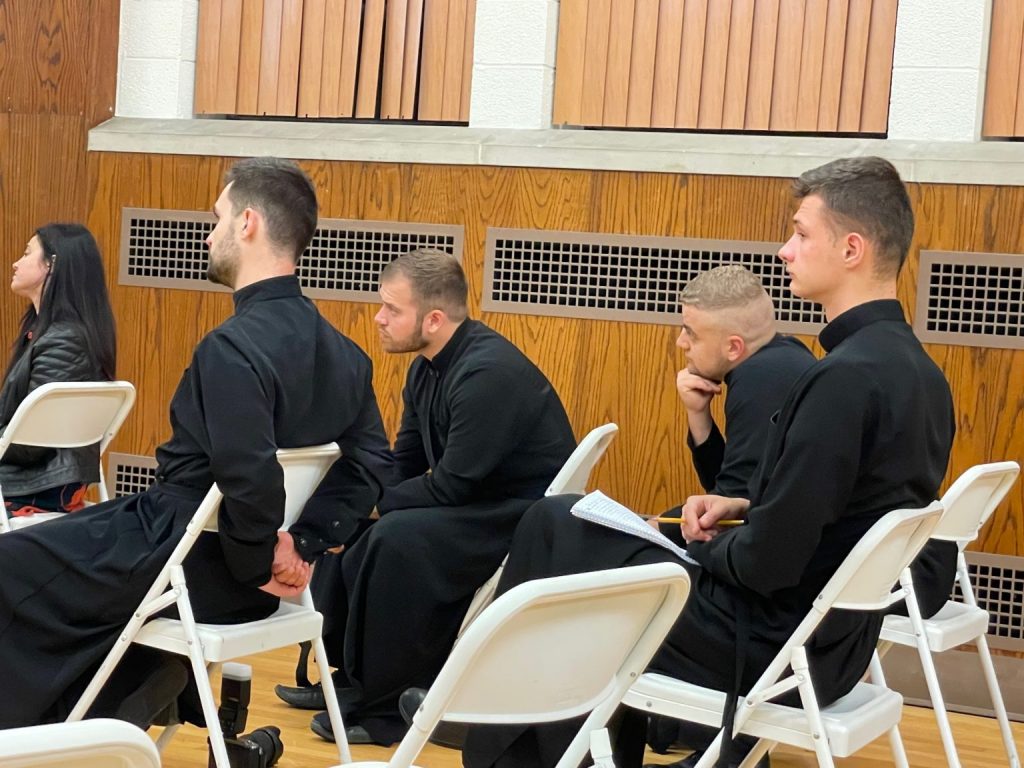 Seminarians from St. Basil’s College listen intently as Professor Marynovych describes some of the harrowing experiences he endured as a prisoner of conscience in the Soviet Gulag. 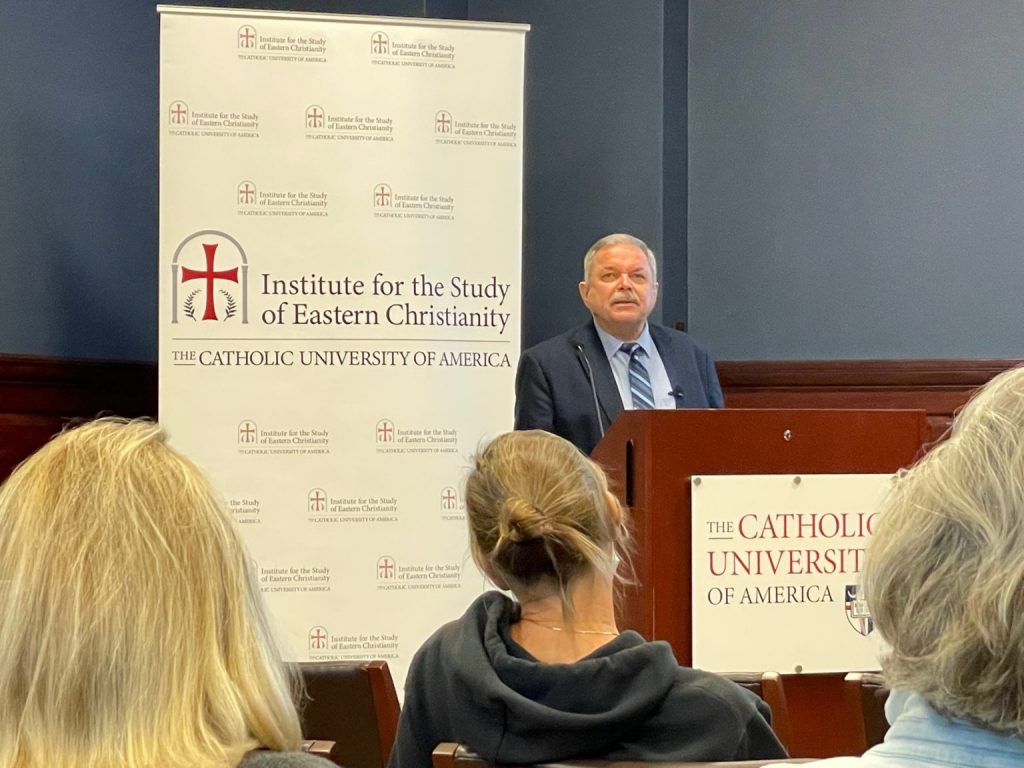 Speaking at the Catholic University of America in Washington, D.C. 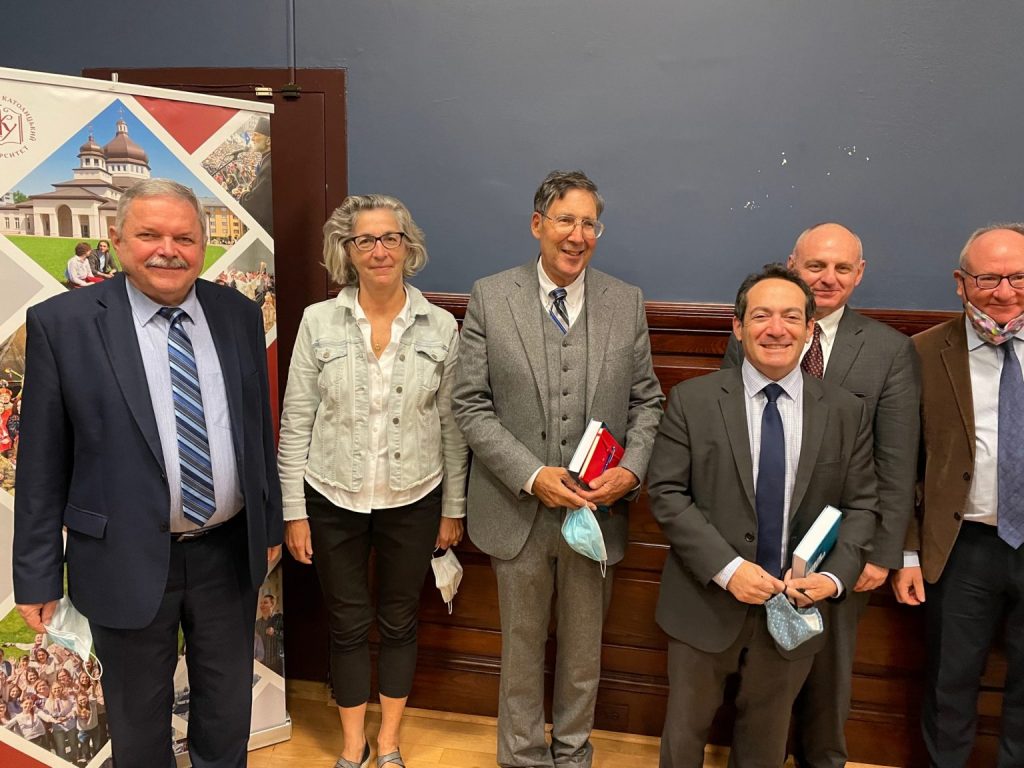 Following his lecture at the Catholic University of America, Professor Marynovych greets distinguished guests that attended his presentation. From left to right: Professor Marynovych, architect Larysa Kurylas – the designer of the acclaimed Holodomor Monument in Washington, DC; Ambassador John Herbst of the Atlantic Council; Jonathan Katz of the German Marshall Fund, Eugene Fishel, a senior staffer at the U.S. State Department, and Professor Michael Kimmage of the History Department at the Catholic University. 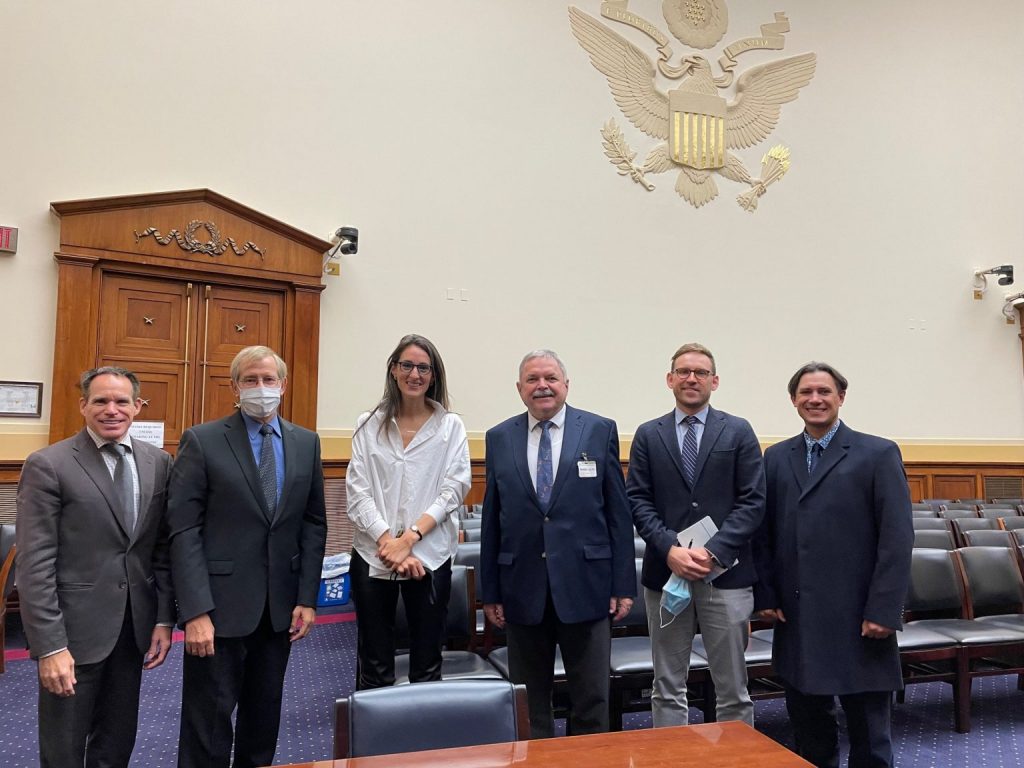 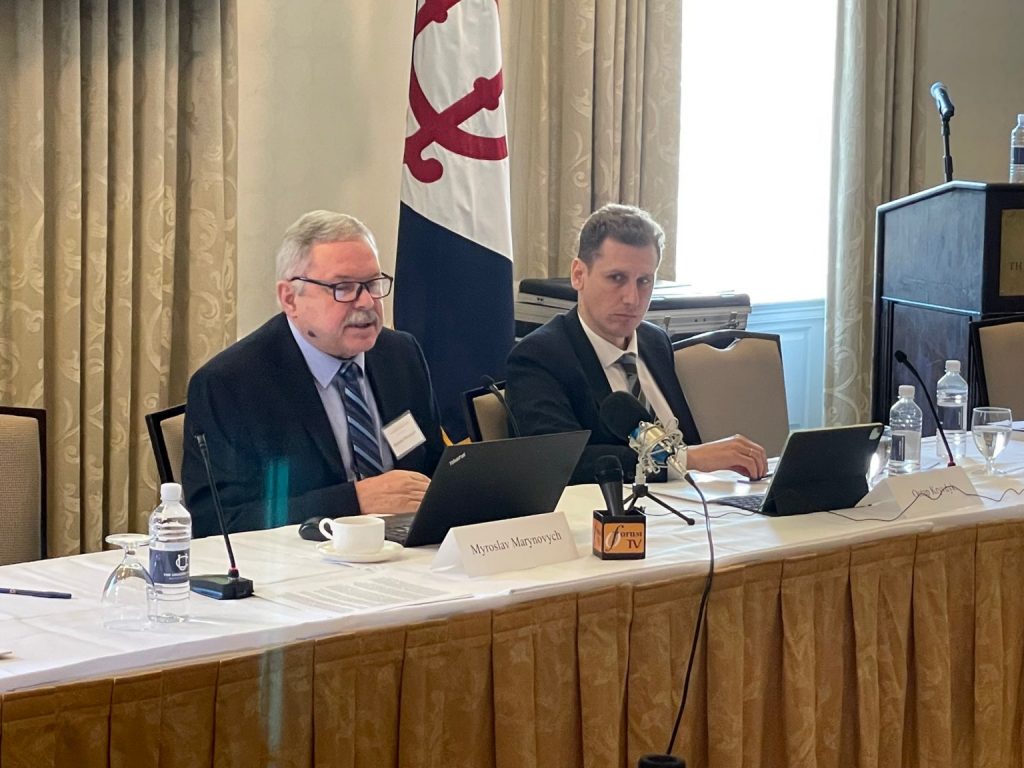 Speaking at the conference on Ukraine’s Quest for Mature Statehood. To his right is Ostap Kryvdyk , Chair of UCU’s Analytical Center in Kyiv. 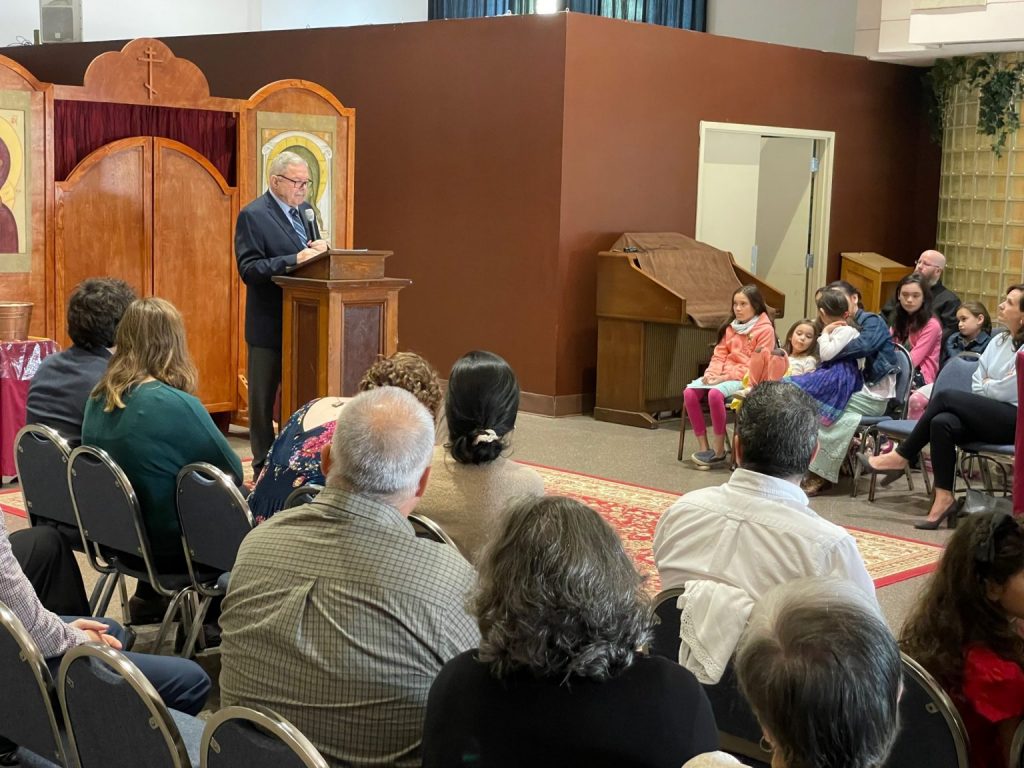 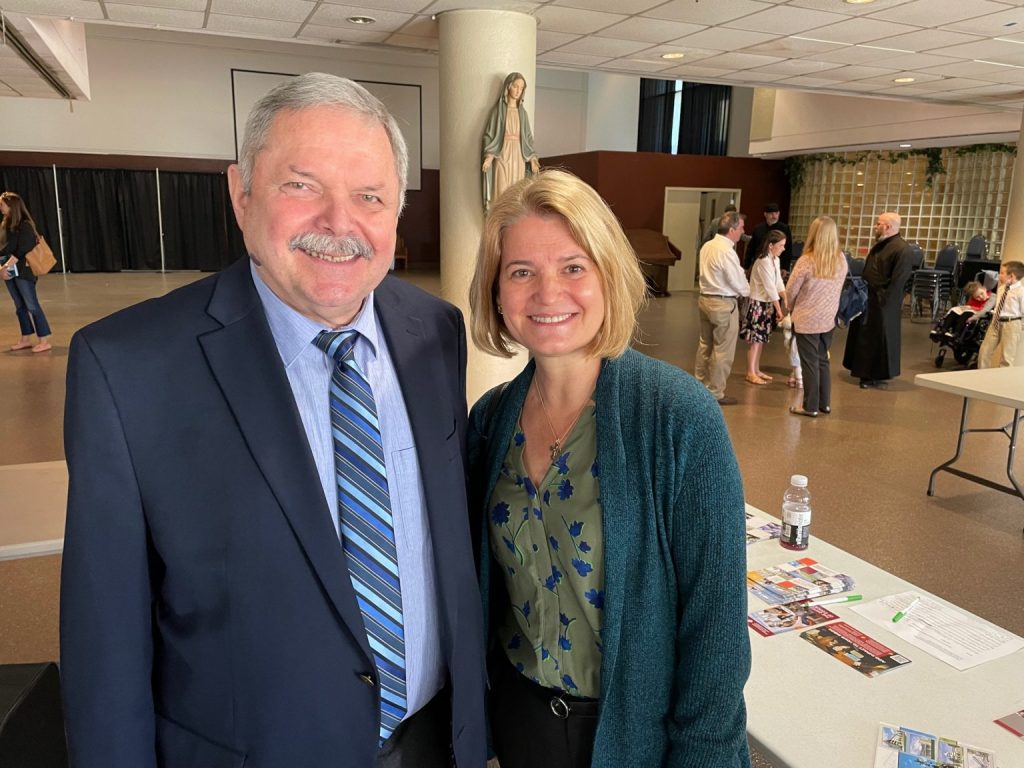 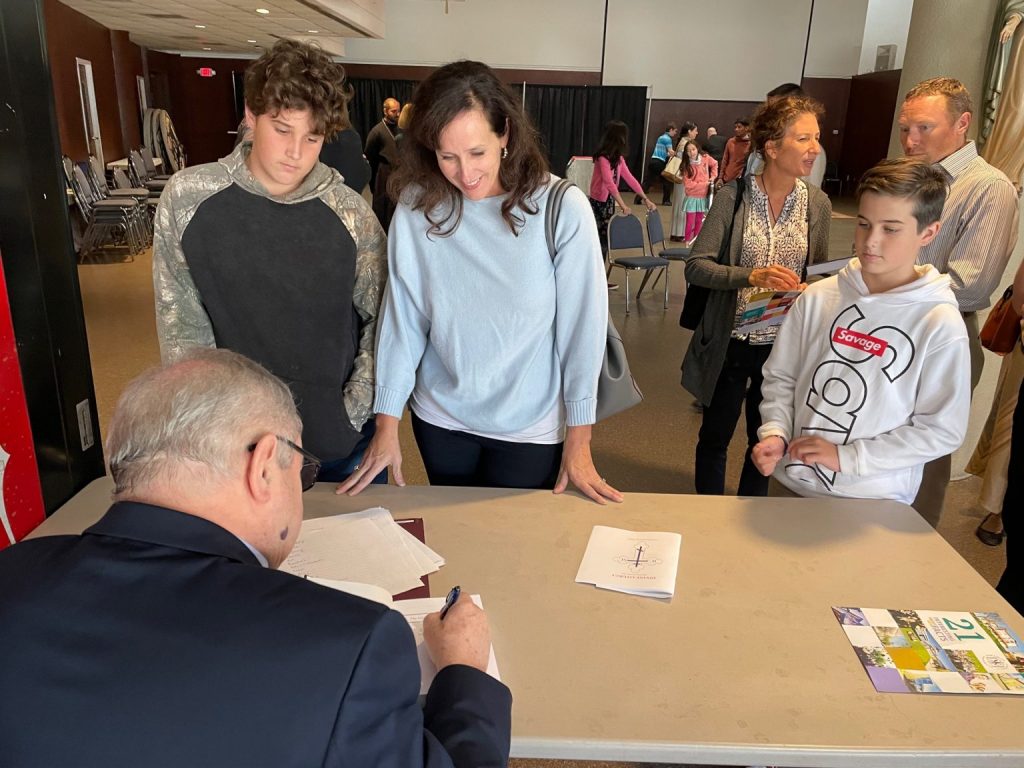 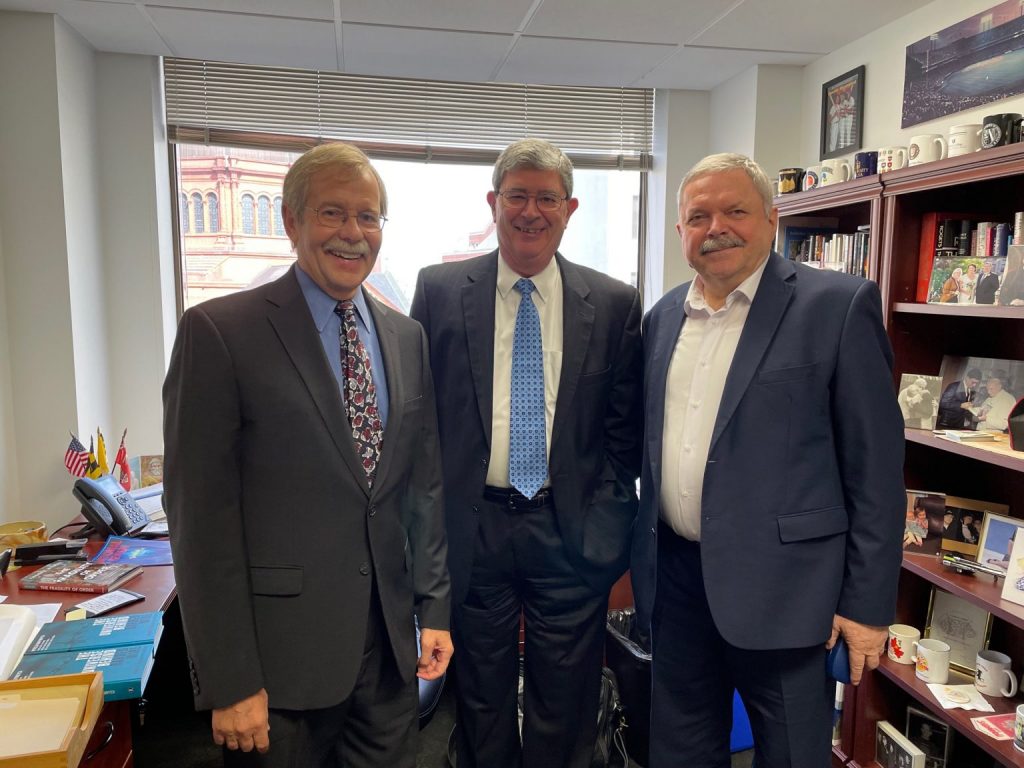 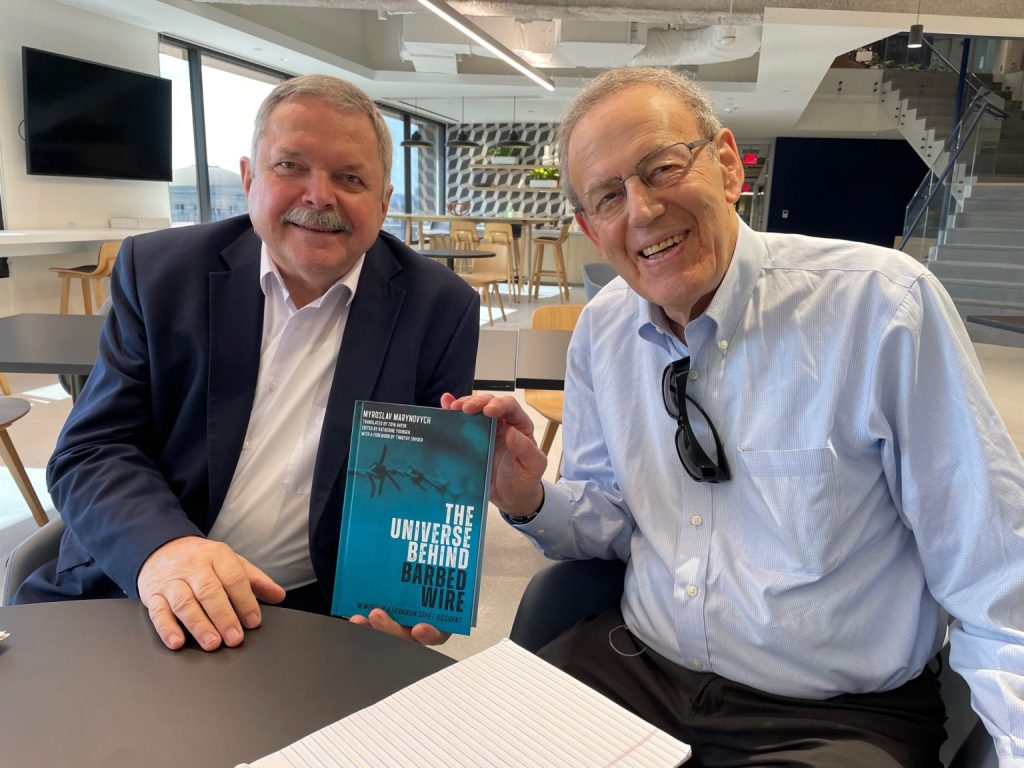 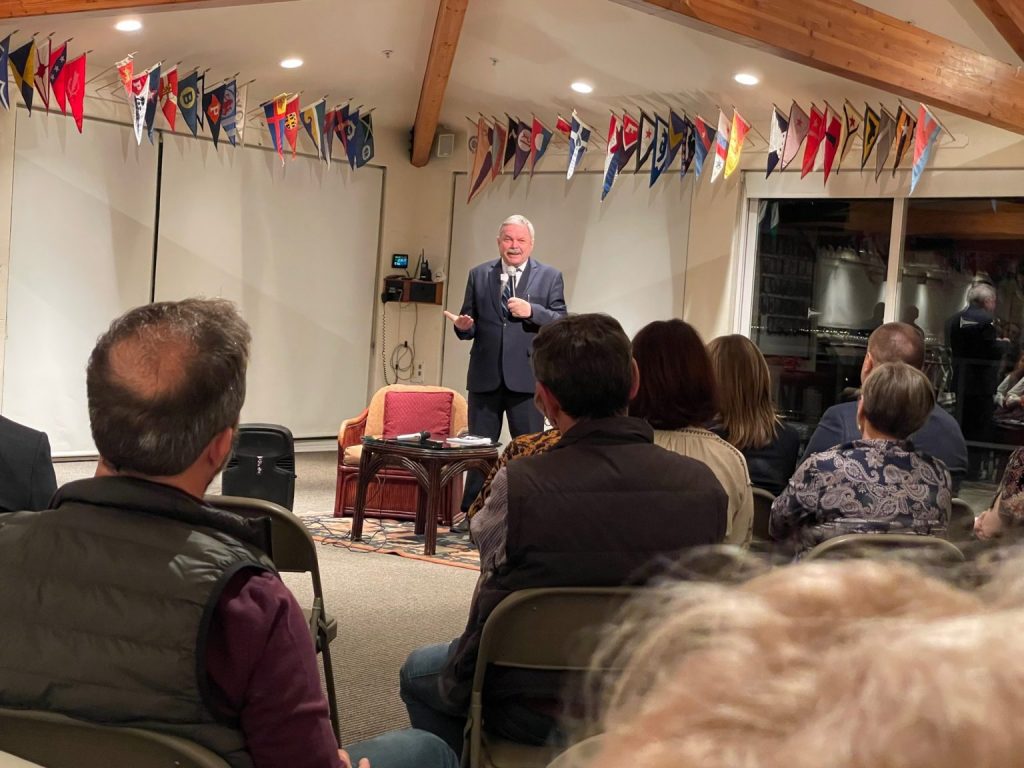 Speaking at the Tiburon Yacht Club, near San Francisco, CA, on October 26 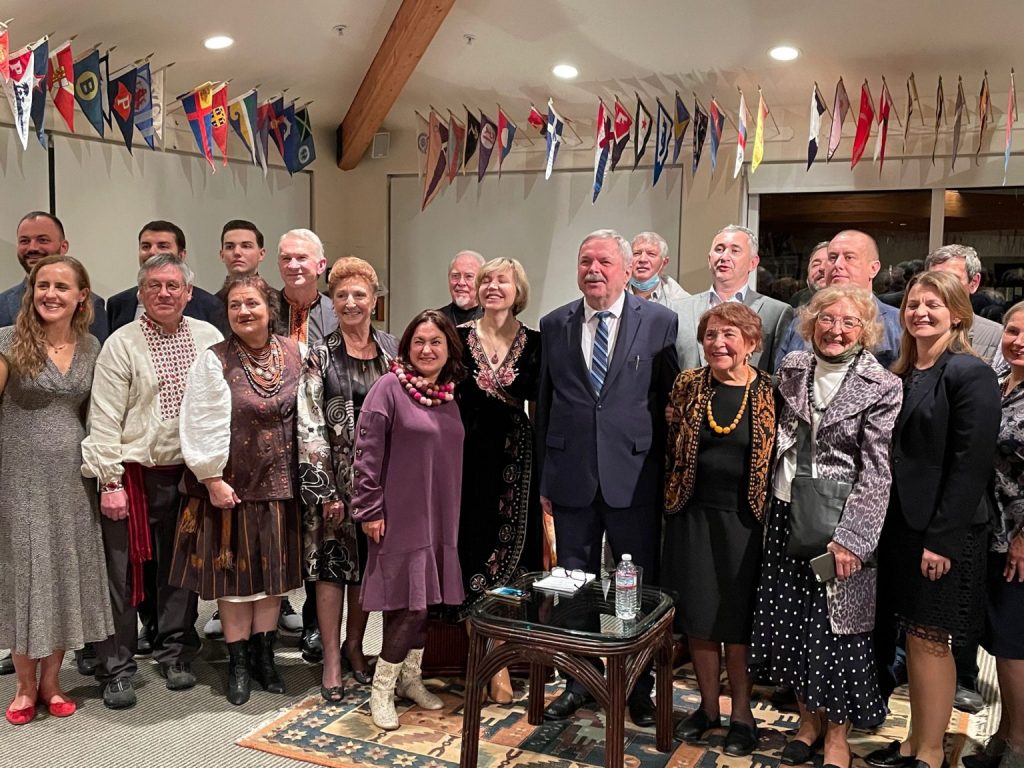