Invest in your bright heads and the future: how is UCU restoring the educational process in Lviv?

By Larissa Nycz Montecuollo|2022-05-12T13:08:58-04:00April 1st, 2022|Crisis in Ukraine, UCU Foundation News|Comments Off on Invest in your bright heads and the future: how is UCU restoring the educational process in Lviv?

Whether training is possible during active hostilities in the country and whether it is necessary to restore educational processes in general during the war is a question of long discussions that arose in Ukraine with the beginning of a full-scale Russian invasion of our territory.

According to the Minister of Education and Science of Ukraine, as of March 24, more than 566 educational institutions were damaged or destroyed. The aggressor’s troops are attacking Ukrainian cities, shelling civilians, homes, kindergartens, schools, colleges and universities. However, we at UCU are convinced that we must nurture wisdom, knowledge, culture and science under all circumstances and, if possible, continue the educational process. 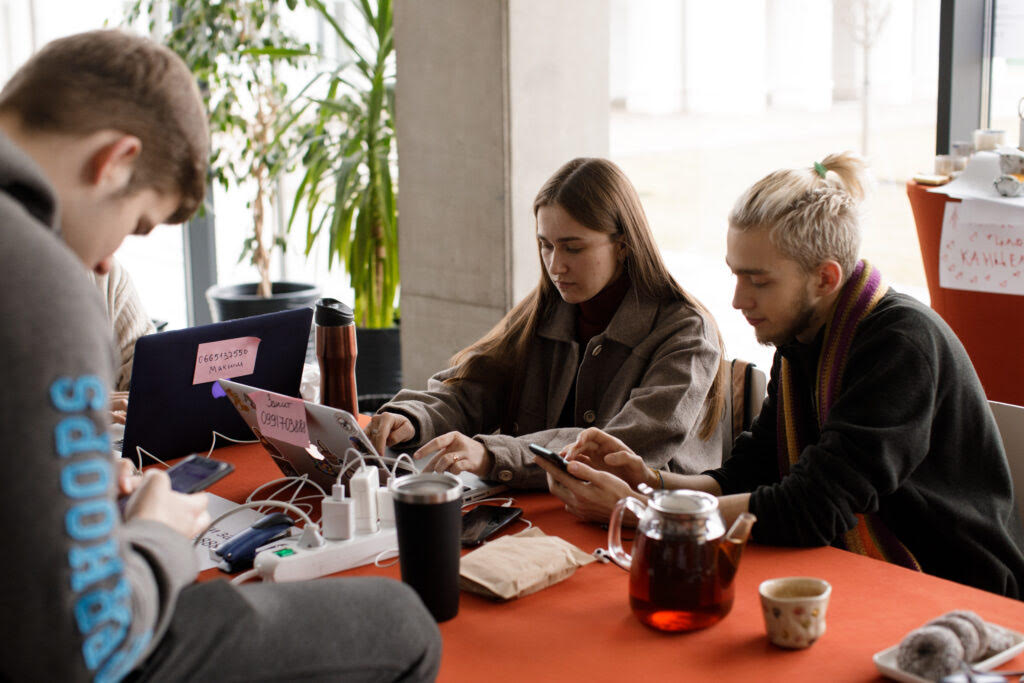 UCU students continue to study and volunteer during the war

Due to the martial law and uncertain conditions in Ukraine, many students are unable to continue their studies at their universities because many are devastated or under fire. However, students can join the open proposals created for them by the Ukrainian Catholic University and other universities in Ukraine and the world for us today. So, how to be those institutions of higher education, where at the moment there are no obstacles to the resumption of the educational process?

On April 4, in accordance with the order of the Ministry of Education and Science of Ukraine on the organization of higher education institutions during martial law, the Ukrainian Catholic University resumes studies in full. Dmytro Sherengovskyi, UCU Vice-Rector for Academic Affairs, spoke about the need to continue studying during the war, possible formats and flexible schedules. 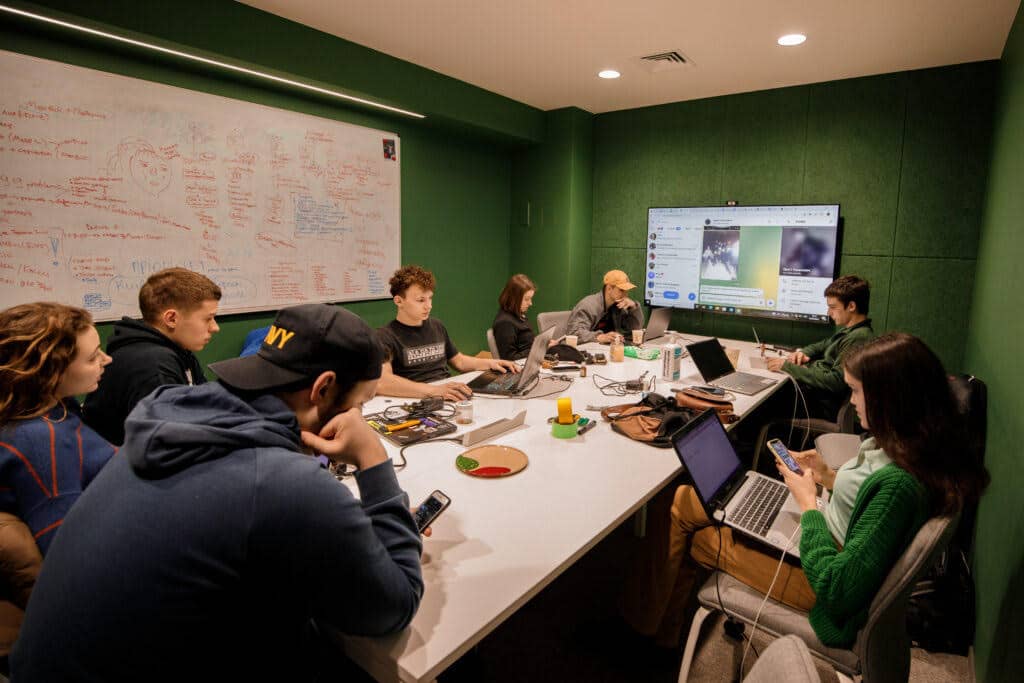 Relying on the experience of Georgian colleagues with whom the vice-rector had a joint couple the day before, he stressed the challenges that may await Ukraine if certain processes are not resumed: “Approximately 10% of the population left Georgia during the fighting. After the end of the war and the infamous truce with Russia, about 50% of the population left the country. This has caused many economic and social problems. The departure of many professionals has led to the fact that Georgians still consider themselves a small country left in the shadow of a great monster. Therefore, talking to us these days during the war, the Georgians called: “Do not do as we do!” »

According to the vice-rector, in a difficult critical situation, Ukrainians must think about their future and how to ensure their further development: “Dear students, invest now in your bright heads, so that when the war is over, we can quickly rebuild our country. Think about what we can do for our country today. You are the generation that needs to establish effective processes in your country. Ukraine needs “young blood”, smart, professional people. As a university, we can and want to help you to prevent a recurrence of such a situation with a lack of specialists as the Georgians. The choice is yours, but I encourage you not to miss opportunities on the academic front! ” Dmytro Sherengovsky addressed the students.

We will add that despite the resumption of full-fledged education, schedules for students will remain flexible, which will also allow volunteering for the country, as it remains one of the priorities for everyone. In addition, students and teachers are encouraged by the university administration to agree on the effective organization of educational processes, understanding that the war continues, to be flexible, to look for points of understanding. 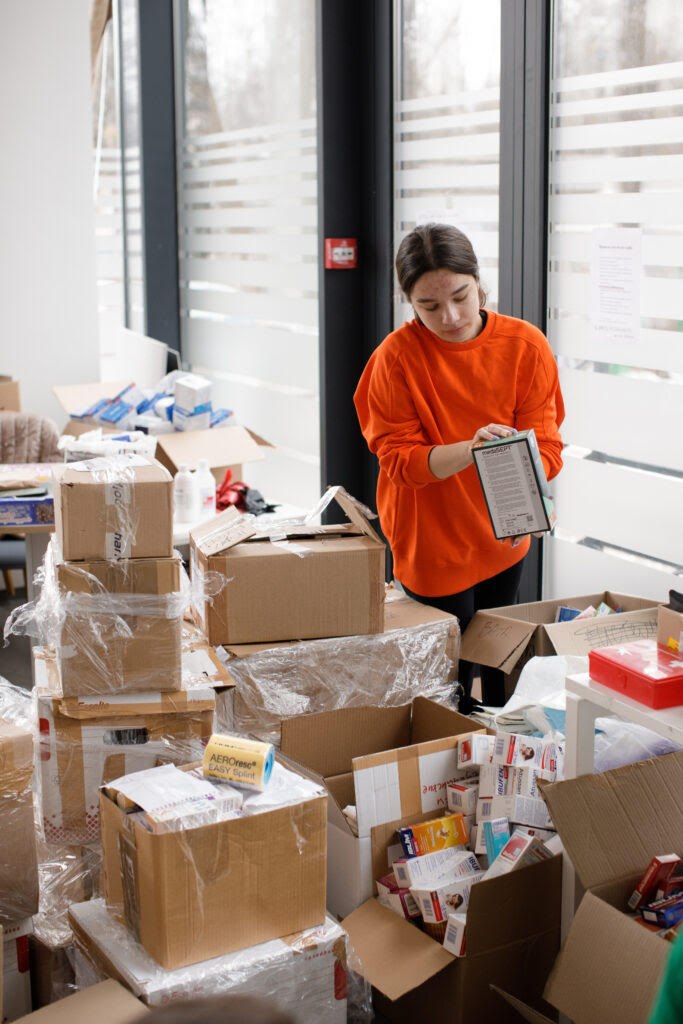 The composition of humanitarian aid at UCU

According to the UCU order on the resumption of full-fledged education, all participants in the educational process are allowed to:

“If students face certain difficulties today, I encourage them not to remain silent and discuss them with the leaders of educational programs. If you need to explain or postpone certain tasks once again, I encourage teachers to go to meet students. We in the community need to hear from each other and be able to negotiate with each other. Today, the Ukrainian nation is being built on this agreement, which resolutely opposes and repulses the enemy, ” Dmytro Sherengovsky emphasizes.

It should be added that the Ukrainian Catholic University has published a statement “The Network of Solidarity and Strategic Partnership with UCU” , which encourages the international scientific community to effectively support Ukrainian students and scholars in this unjust war.

Also, everyone can join and support students, academia, teachers, migrants who are forced to leave their homes in this difficult situation, fleeing the war. We at UCU try to help on several fronts: educational, humanitarian, informational, spiritual, medical. Please support us!