Prof. Halyna Teslyuk, a biblical scholar at the Faculty of Theology and Philosophy of the Ukrainian Catholic University (UCU) and herself a graduate of the university, was named one of three of the university’s “teachers of the year” on June 27 during online graduation ceremonies. Teslyuk is also coordinator of UCU’s UNWLA Lectureship in Women’s Studies, established by a generous endowment of the Ukrainian National Women’s League of America. 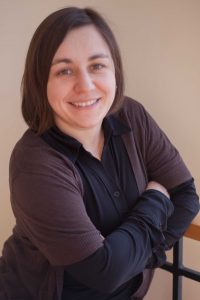