Metropolitan Archbishop of Philadelphia and President of UCU Borys Gudziak presented a honorary doctorate of the Ukrainian Catholic University (UCU) to Michael Yarymovych, inventor in the field of space flight in the USA, active member of the Shevchenko Scientific Society, and honored member of the Society of Ukrainian Engineers in America.

The award was presented on 10 October after a pontifical Liturgy at Immaculate Conception Cathedral in Philadelphia. Also present at the ceremony were UCU Vice-Rector Myroslav Marynovych, relatives of Mr. Yarymovych, a group of UCU benefactors from Lviv who travelled for the Perelaz folk ball, and parishioners of the cathedral. 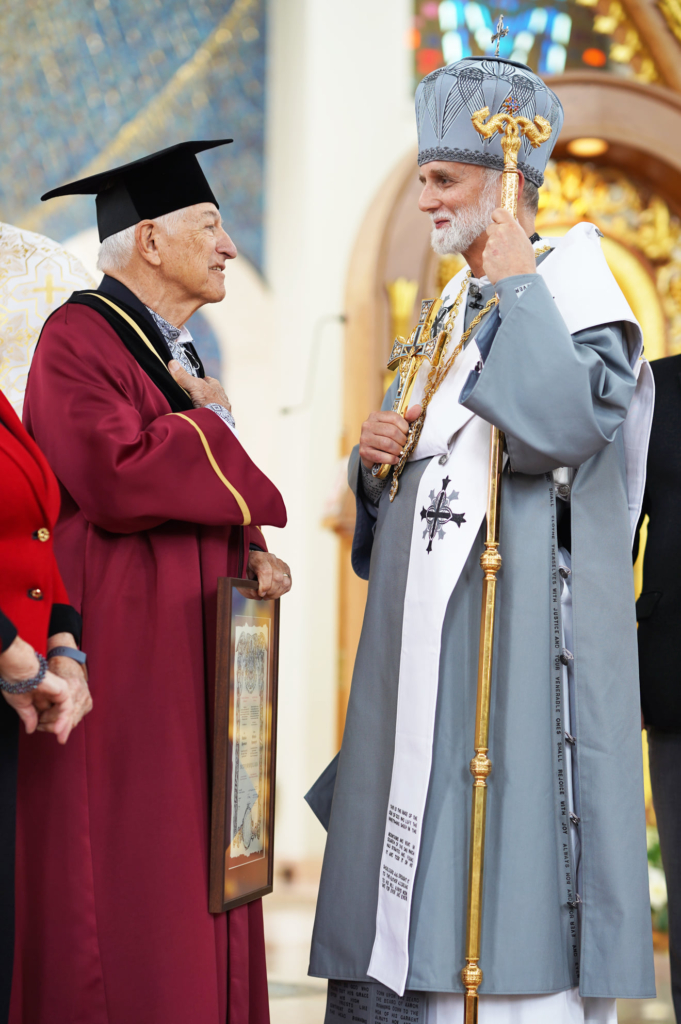 The awarding of the honorary doctorate of Michael Yarymovych was officially proclaimed in September 2021, during UCU Days, when he gave a lecture about his vision of human evolution.

The September ceremony and lecture can be viewed HERE:

At that time, Yaroslav Prytula, Dean of the UCU Applied Sciences Faculty, spoke of the inventor’s many achievements. He said that, gathering information about Michael Yarymovych, he continued to marvel at his energy, dedication, and love of science and technology.

“A person can do so much by setting high, and, in this case, one could say cosmic goals, realizing them step by step. I am convinced that Doctor Michael Yarymovych should be an example for our students of how to combine learning and the power of technology with love of homeland and faith in God, how it is possible to create changes on a world level. I sincerely want to thank Dr. Yarymovych on behalf of all humanity for his example of service, the fruits of which we enjoy every day! And even more I want to rejoice for our community, the Ukrainian Catholic University, of which, as an honorary doctor, Michael Yarymovych has become part,” said Yaroslav Prytula. 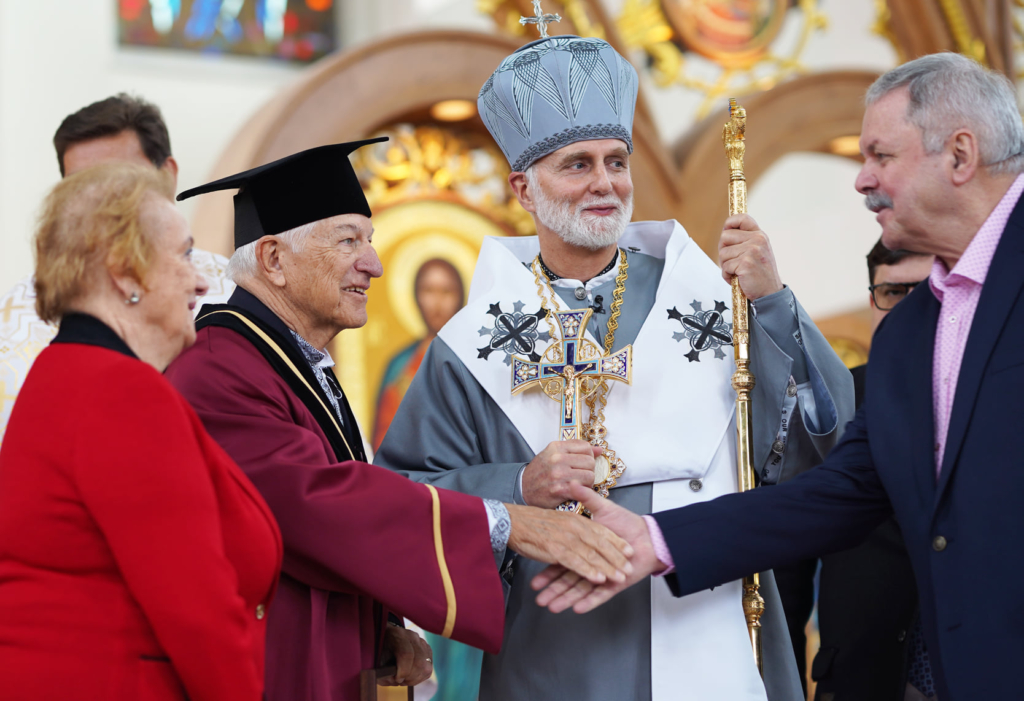 Michael Yarymovych is an inventor in the field of space flight research in the USA, an active member of the Shevchenko Scientific Society and Honored Member of the Association of Ukrainian Engineers in America. He began his activities in the space field with testing rocket heads and spacecraft control for AVCO; later at NASA he was involved with designing the first control systems for the Apollo project.

Eventually, he began to work for the US Department of Defense, where he took part in developing new space projects, the Space Shuttle and GPS. In the 1970s, he held the post of Director of the Group of Aerospace Researchers and Development at NATO in Paris. He eventually became head researcher for the US Air Force in Washington. In 1977, he became Vice President and Associate Center Director of the Systems Development Center at Rockwell International. He concluded his technical career in 1998 at Boeing as Vice President of International Technology. 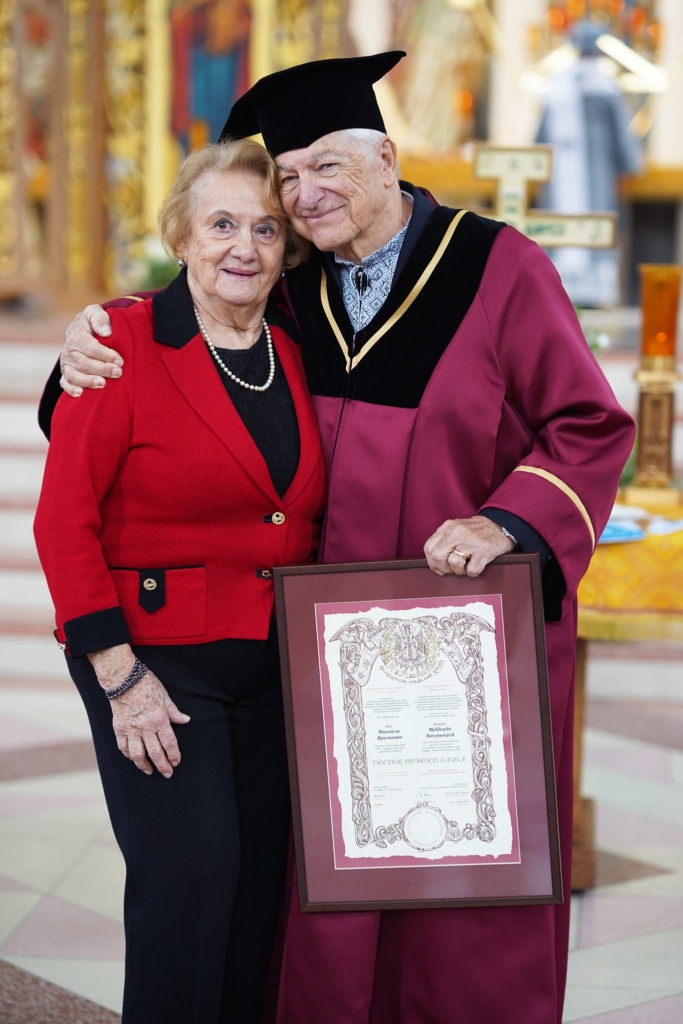 Michael Yarymovych and his wife Roxolana

Michael Yarymovych is also the author of numerous works in aerodynamics and space technology and their practical use. For productive scholarly and organizational activities, his research was many times honored by American government institutions, international organizations, and institutions in the aerospace field. In 1973, he received top honors for his personal work in the civil service in the US Air Force.