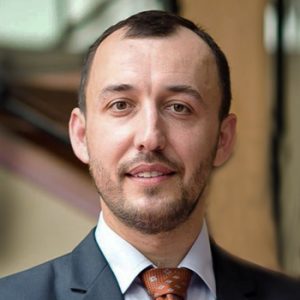 Michael (Mykhailo) Salo: COO, managing partner of the company Romexsoft; member of the academic council of the UCU Lviv Business School (LvBS) MSc in Technology Management program; member of the UCU investment council. Salo is actively involved in the non-commercial sector: he is president of the Lviv Education Foundation charitable organization and was a member of the administrative council of L’Arche-Ukraine. He previously held the post of financial director of LvBS from 2010 to 2016. From 2006 to 2010, he was UCU’s financial director of the Ukrainian Catholic University and assistant to UCU’s first vice-rector for administrative and financial affairs.

The two other new Senators are Olena Vovk, head of the supervisory council of Enzym Company, and Volodymyr Lavrenchuk, head of the board, Raiffeisen Bank Aval.