UCU signs memorandum on cooperation with Razom for Ukraine

The Ukrainian Catholic University and the charitable fund Razom for Ukraine have signed a memorandum on cooperation and partnership for interaction and common coordination of work for the support and development of Ukraine. (Note: “razom” is a Ukrainian word which means “together.”)

Razom for Ukraine is the largest American-Ukrainian fund, established in 2013 for the support of democratic processes, reform, and a free Ukraine. 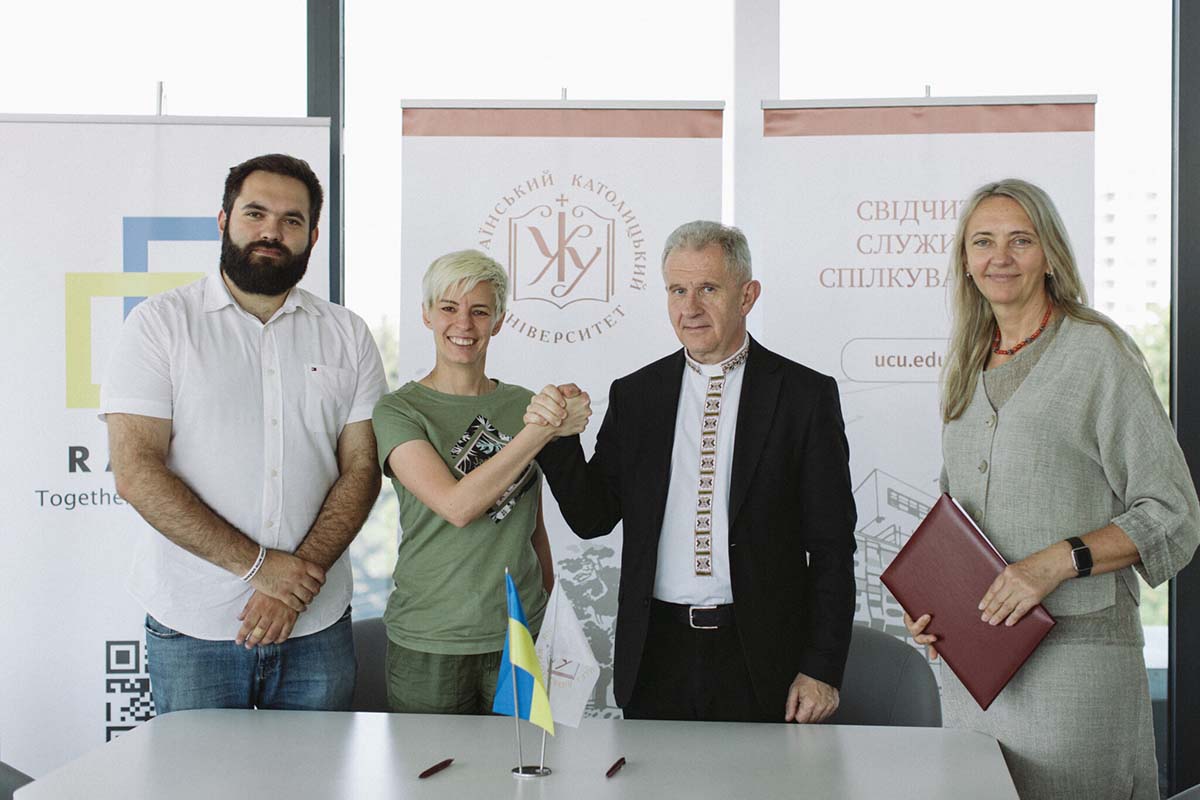 The signing of the memorandum happened on 8 July at the Ukrainian Catholic University with the participation of UCU Rector Fr. Bohdan Prach and Lyuba Shipovich, Vice-President of Razom for Ukraine. The memorandum anticipates cooperation in the development of joint initiatives to aid needy groups in the population, the support of defenders, the building of sustainable projects, and also providing training, especially for UCU students in cardiopulmonary resuscitation. Also, in the near future, two defibrillators will be installed on the territory of the university with the help of the fund. 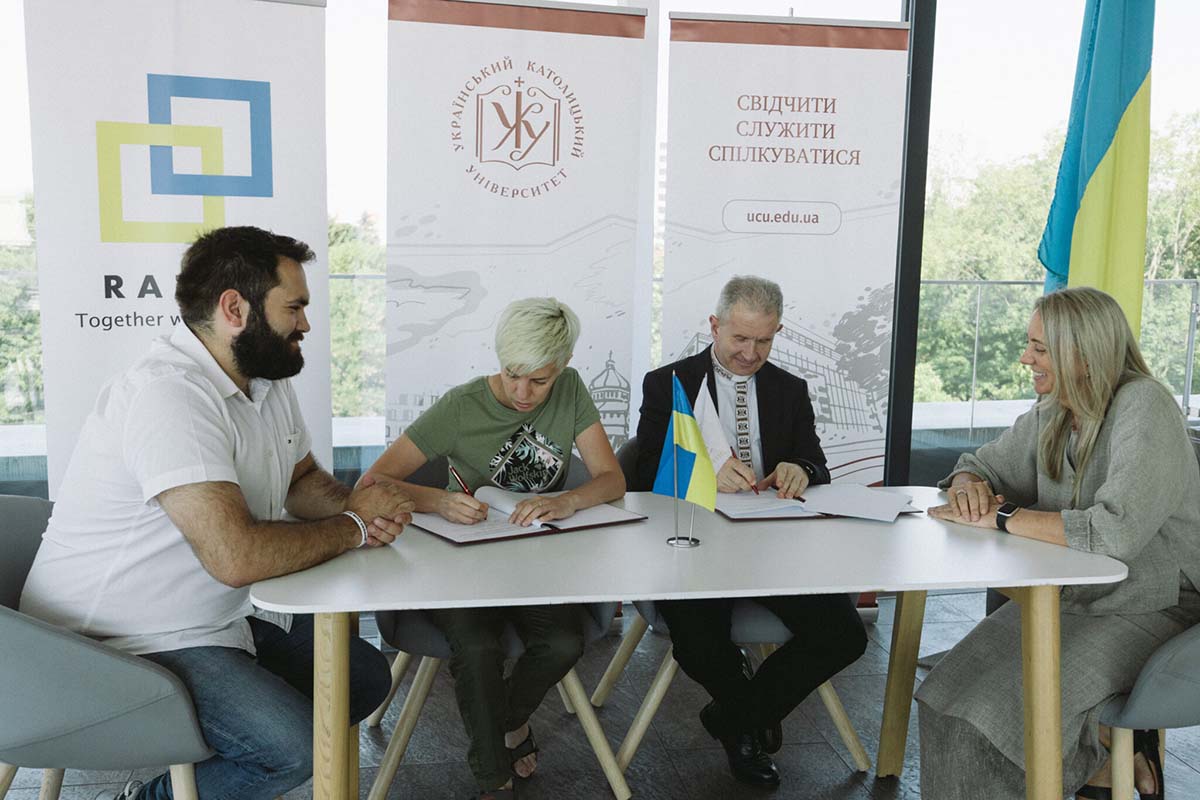 UCU signs memorandum on cooperation with Razom for Ukraine

In addition, the cooperation agreement anticipates psychological consultation for internally displaced persons, the coordination of work with veterans, and the implementation of joint cultural-educational initiatives.

UCU Rector Fr. Bohdan Prach commented on the beginning of cooperation: “When there are more of us on the common front, when we learn to cooperate and help one another, to look for common goals and respond to challenges together, then we will more quickly reach the common goal, victory for Ukraine. In volunteer cooperation, UCU has various partners. And we are very pleased to sign a memorandum of cooperation with the charitable organization Razom for Ukraine. In certain areas, the organization’s team is more professional and has a great network of partners, and together we will be able to do much.” 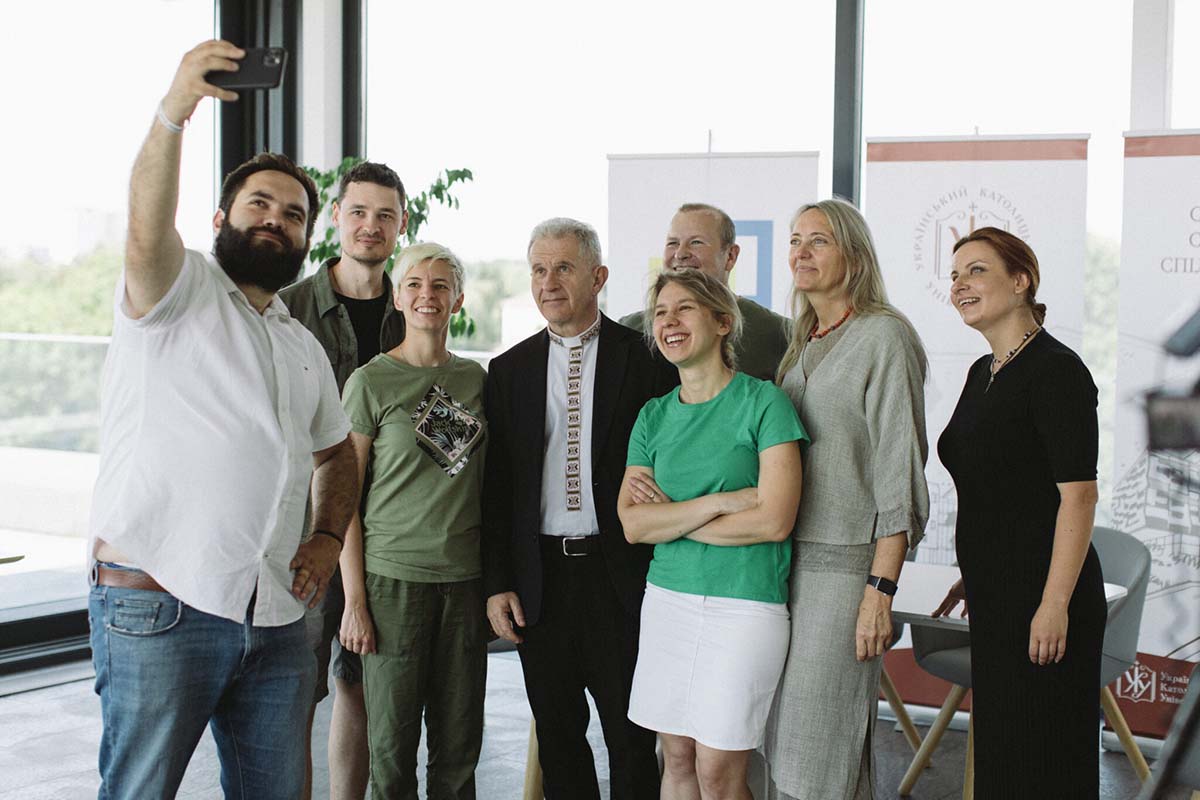 Razom for Ukraine and UCU

According to the rector, from the first days of the war, UCU students became involved in various kinds of volunteering for Ukraine’s victory: some are serving on the front, some are volunteering where the greatest need is: “This is our common front.”

“In time of war, it is very important when institutions are working together for victory that they really work together. We are not competing, but working together,” says Lyuba Shipovich, Vice-President of the fund. “We thank UCU, which is already helping us: they accepted our volunteers within the walls of the university. Together with students we pack first aid kits and communication devices for our defenders, and in this way we will help Ukraine continue in this war, opposing the aggressive Russian empire to victory.” 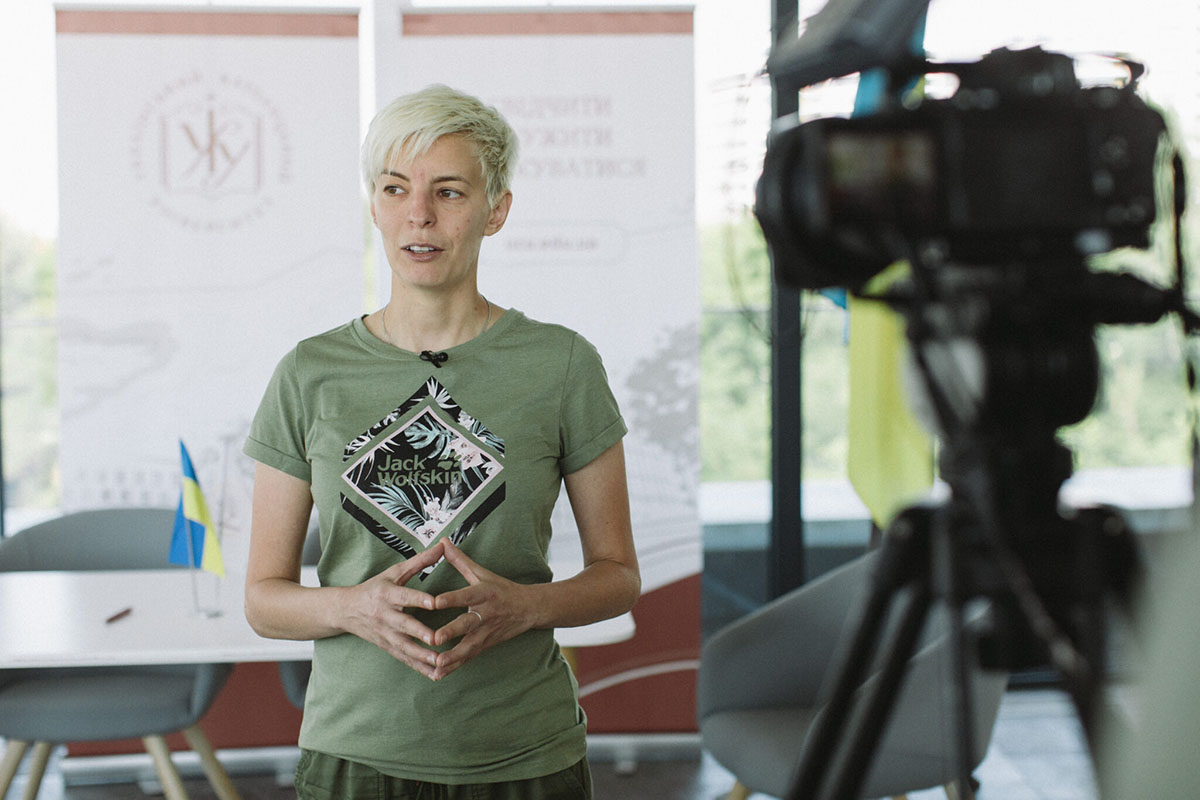 A great number of volunteers of Razom for Ukraine are now living on the territory of UCU. These are people who have come from other cities of Ukraine and also those who have come from abroad to help. The university’s students are also involved in supply projects, teaching first aid, and other projects.

Taras Repytskyi, Manager of Razom for Ukraine, explained that, as of July, the fund is carrying out a number of projects in Ukraine. One of the largest is supporting defenders with communication devices and tactical medicine. “We have also already sent more than 100 thousand tourniquets to the front. In total, since the start of the full-scale invasion, our drivers have covered more than 270 thousand kilometers of Ukrainian territory to deliver humanitarian aid. They work relentlessly. We also recently launched the project Together with You, psychological consultation for internally displaced persons. We are ready for cooperation, on a large scale, and to do everything together for our common victory.” 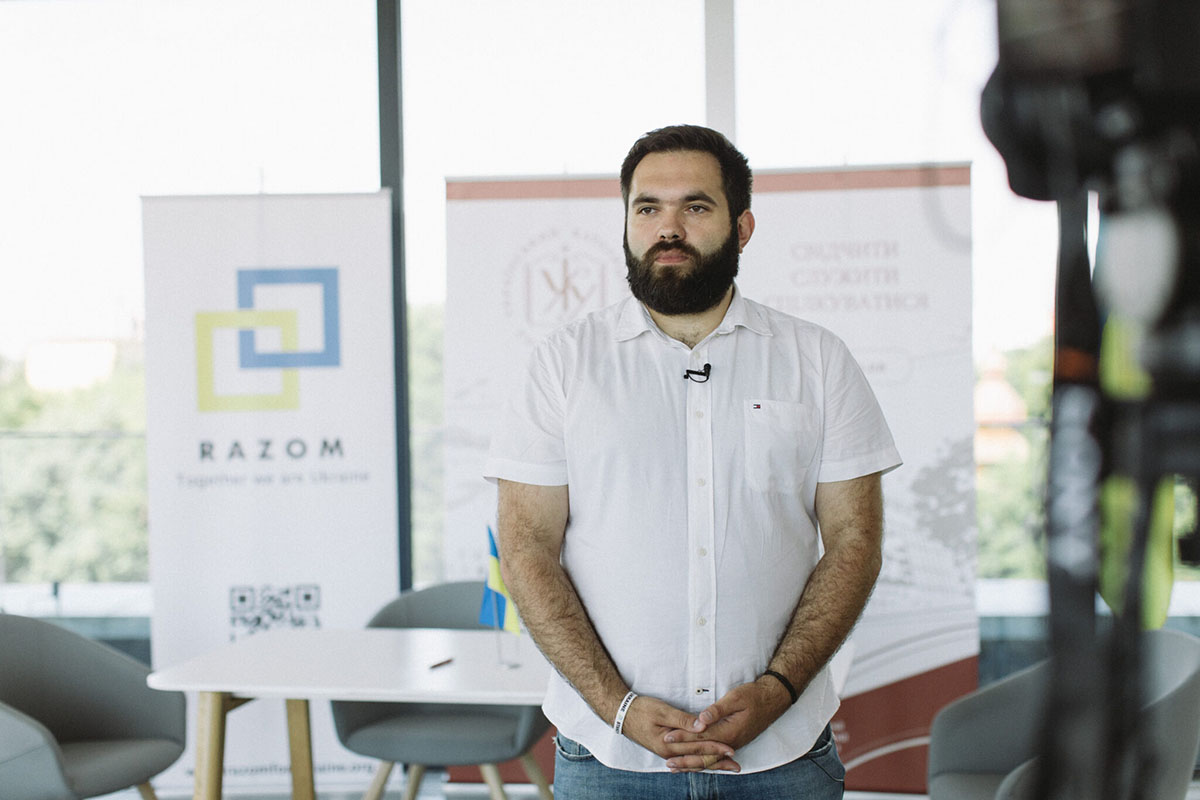 We note that cooperation between UCU and the fund began earlier, with the establishment of the Bohdan Radchenko Scholarship: he was a NaUKMA student who died on the front in 2016. The scholarship financially supports participants in military actions now studying at master’s programs in Ukraine’s best universities: National University of Kyiv-Mohyla Academy (NaUKMA), Kyiv School of Economics, Ukrainian Catholic University, and Vadym Hetman Kyiv National Economics University.

Razom for Ukraine is the largest American-Ukrainian fund, established in 2013 to support democratic processes, reform, and a free Ukraine. On 24 February 2022, the large-scale project Emergency Response was introduced: this supports defenders and provides them with tactical medicine, communication devices, and drones. The fund also supports the community of Ukraine and civic organizations through grants and the introduction of the project Together with You, psychological consultation for internally displaced persons.