Ukrainian Catholic University Comes to the Aid of Its Country

When Russia invaded Ukraine in February 2022, Ukrainian Catholic University found itself compelled to be more than a university; it was called to be a leader in humanitarian efforts and a beacon of spiritual strength for a stunned and suffering nation.

In March, UCU Foundation created the Ukraine Emergency Fund to support UCU’s humanitarian endeavors. As of June 30th over $2 million has been raised by our U.S.-based foundation. With the help of this fund, UCU mobilized to provide relief and defend Ukraine in countless ways. The UCU Volunteer Center collected and donated clothes, food, hygiene products, and medicines to Kharkiv, Kyiv, and many other affected cities. The Sheptytsky Center became a receptacle for a wide range of medical aid supplies. The Andriy and Chrystia Kozak Fitness Center and the dormitories Collegium I and II were outfitted to welcome refugees, including 30 orphans temporarily housed on their way to safety in Sweden.

On campus, UCU staff, students, teachers, and clergy have supported the displaced, participated in the information war against Russian propaganda, lent their classrooms to journalists, and provided spiritual and psychological support to those in need. Far from campus, twenty brave students and 16 UCU employees defend Ukraine in the Armed Forces, the Voluntary Army, and the Territorial Defense. 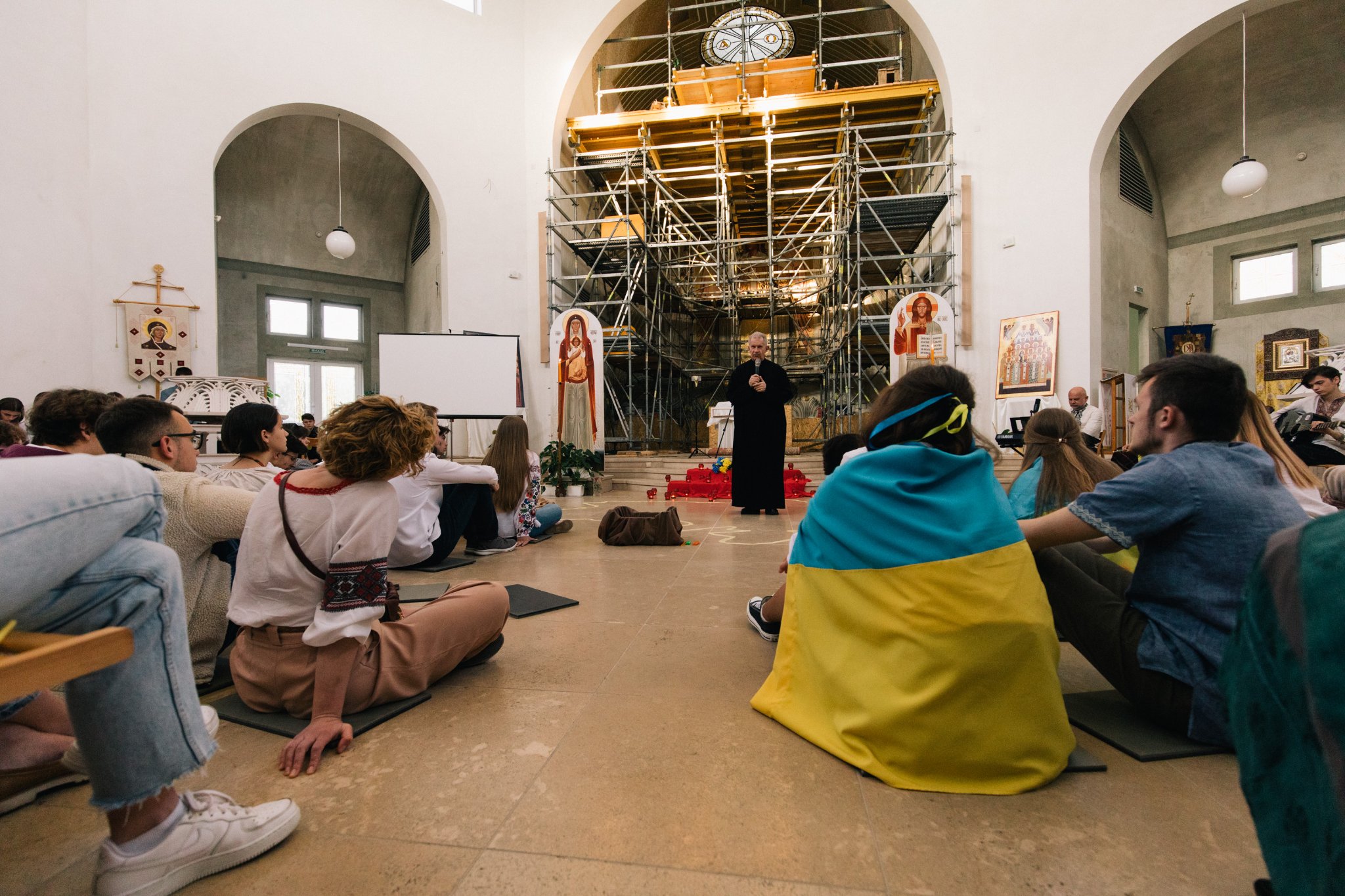 The scope and energy of this activity has attracted several meaningful partnerships. In July, UCU signed a cooperation agreement with the charitable fund Razom for Ukraine, which will facilitate a wide range of joint aid initiatives. Volunteers from Razom for Ukraine are already working alongside UCU students and living on the university campus, packing first aid kits and communication devices for the defenders.

Team Rubicon, a group of medical professionals from Canada and the U.K., is living at UCU while they mobilize and provide medical care to regions around the country. The medical fund SMART Medical Aid is also living and working at UCU while they dispense supplies, arrange evacuations, and train medical staff.

Led by anesthesiologist Irina Ryabikina, the team is getting help from many of the UCU student volunteers, and Ms. Ryabikina beams with praise for them. “These boys and girls help me every day,” she said before noting cheekily, “some of them I took to my staff and I will not give them back.”

UCU has partnered with Kryla Nadiyi / Wings of Hope, a Ukrainian organization that provides seriously ill children with their essential and lifesaving medicine. This is a particular challenge during the disruption of war, but Kryla Nadiyi is indefatigable. 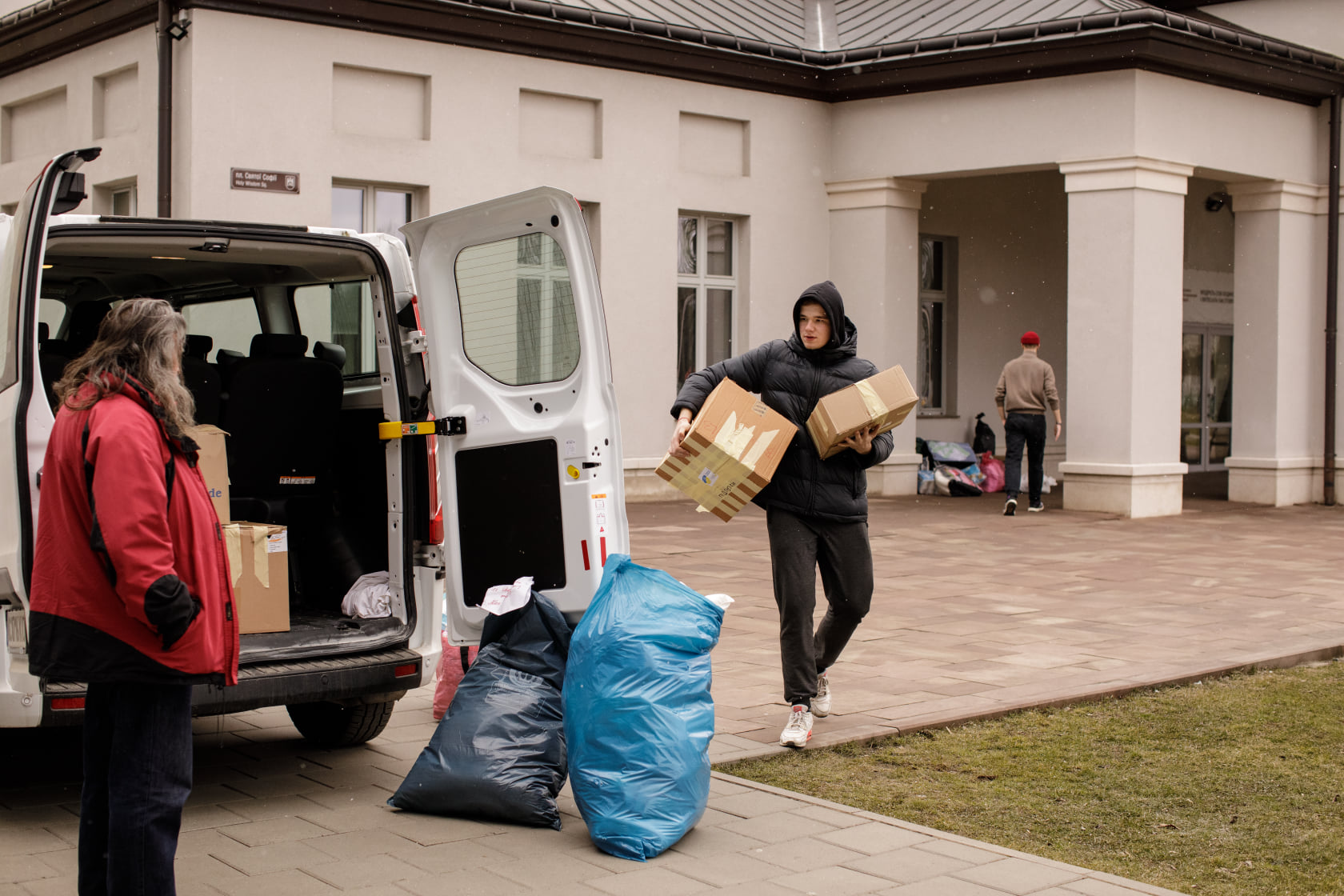 “Sometimes you get a call from some mother thanking us for medicine received; she says her child is now safe, because she has enough medicine for a month. I know that the children’s and adult emergency room or operating room in a military hospital can work without a break, because we brought medicine and everything necessary on time.” 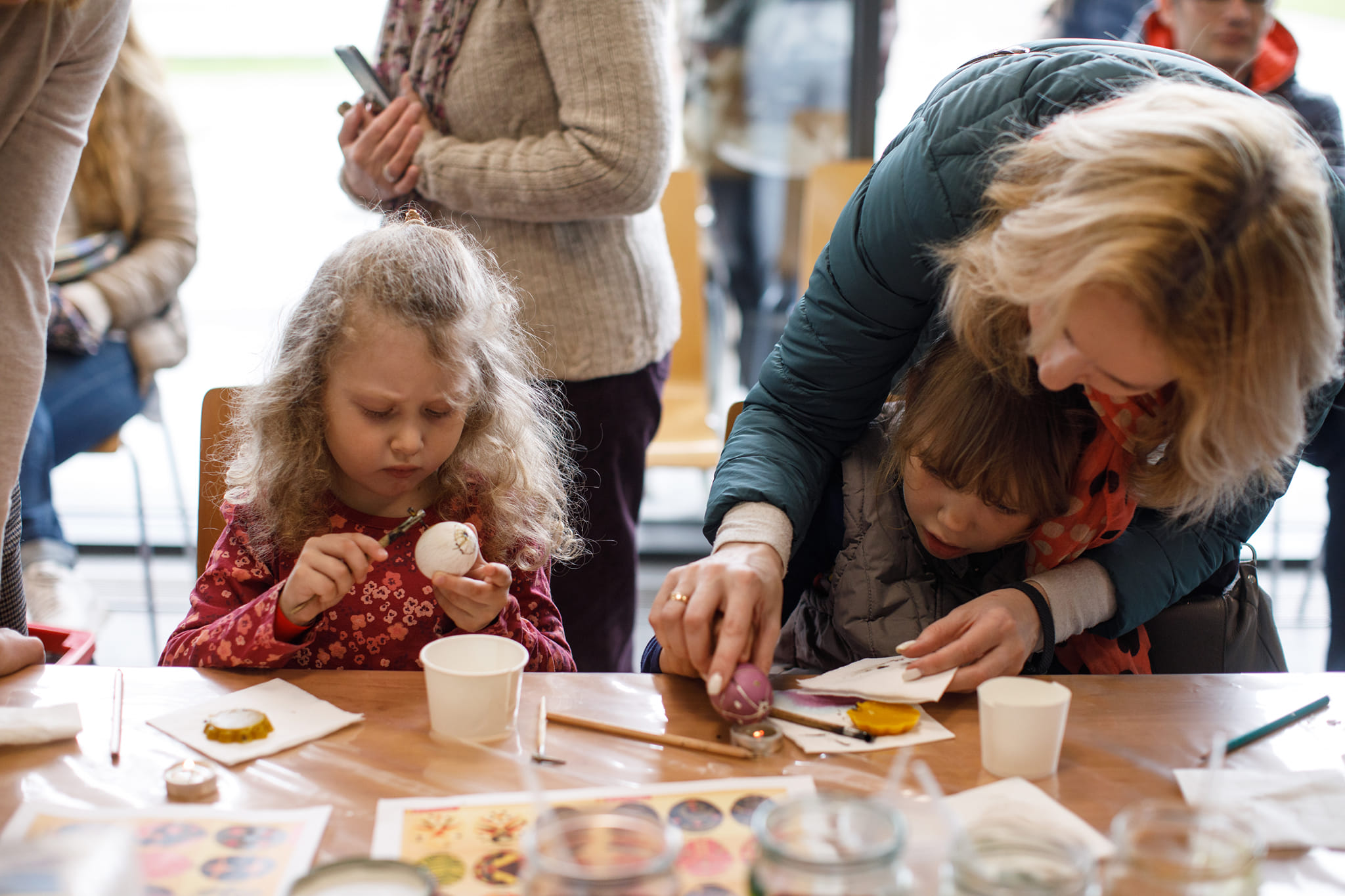 Displaced families living on campus at UCU took part in UCU’s “Easter Together” activities and celebration.

In the middle of this stirring activity, the learning continues. Online models let the students attend classes, and certain programs have even incorporated the relief work into their class models. Students from the Social Work Program are assisting therapists as they heal wounded military personnel. The initiative to enlist these students came from the Department of Physical and Occupational Therapy.

“To restore one’s physical integrity and skills, that is, controlling one’s hands or feet, they need to restore their faith and the desire to live, even if it requires a dramatic change. The first part is done by the rehabilitation team, consisting of physical and occupational therapists, and the second is up to social work specialists and our students.”

Orysia Masna, a Social Work student and the communicator for the Department of Communication with Graduates, works as a medic in one of the Lviv hospitals. She is on the frontline as part of the volunteer medical battalion “Hospitallers.”

“Since March, I have worked with wounded soldiers in a hospital and understood I wanted to be a military medic. There is a need for medics, and we have to meet it. I want to have a part in our victory, and I cannot do it while staying at home.”

“All our soldiers have wives, children, and parents waiting for them to return home. I shudder at the thought of a body bag coming home instead of your smiling loved one. Our team of the “Hospitallers” battalion is doing everything to avoid this. They call us angels in white scrubs. Maybe there’s some truth to that,” she says. 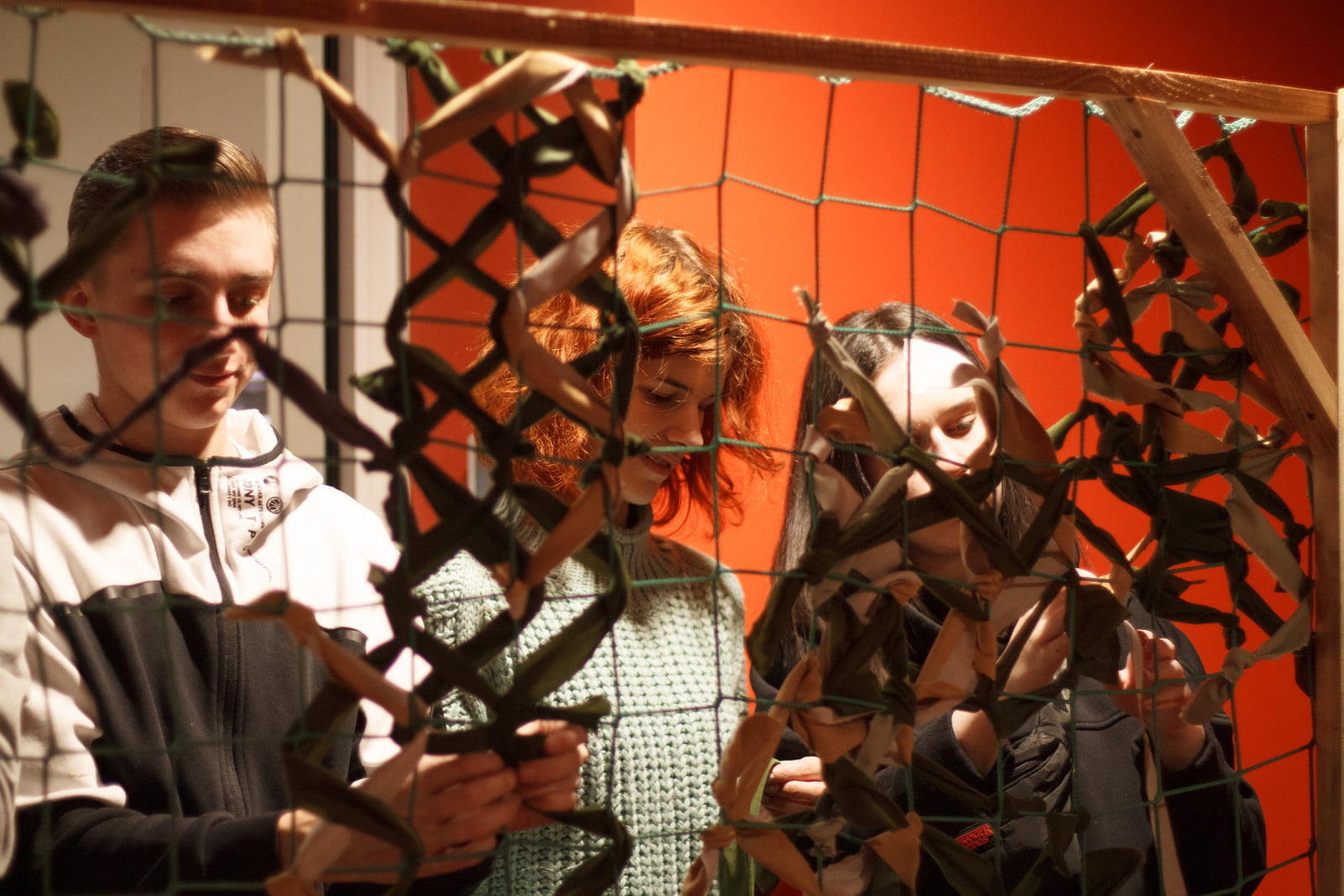 UCU students weave camouflage nets to send to the front.

In addition to these coordinated programs, many students have formed their own initiatives, fulfilling needs as they see them. These projects include weaving camouflage nets, writing letters to the military, baking for the military, and creating a playroom for children temporarily housed on campus.

Anya, a graduate of UCU School of Journalism, organized the making of energy bars for the hungry. To assemble and distribute the bars, she enlisted over 40 volunteers. She acknowledges that this was not hard to do; people want to help.

Common cause is evident in every corner of UCU. With the generous help of UCU Foundation, UCU has resoundingly answered the call to serve Ukraine and work to assure her eventual freedom. Though they cope with their own losses or personal struggles, the students continue working and learning, determined to be ready for the challenge of rebuilding their country.