“You may not see this in Ukraine, but today Ukrainians bring great hope to the world! Your nation has united and stood up to this unjust Russian invasion. In your resistance, we see hope for the future,” – said Archbishop Timothy Broglio, who leads the military chaplaincy in the USA and is the president of the United States Conference of Catholic Bishops, during his meeting with the leadership of the Ukrainian Catholic University in Lviv. The Archbishop’s visit to Lviv took place on December 27-28. 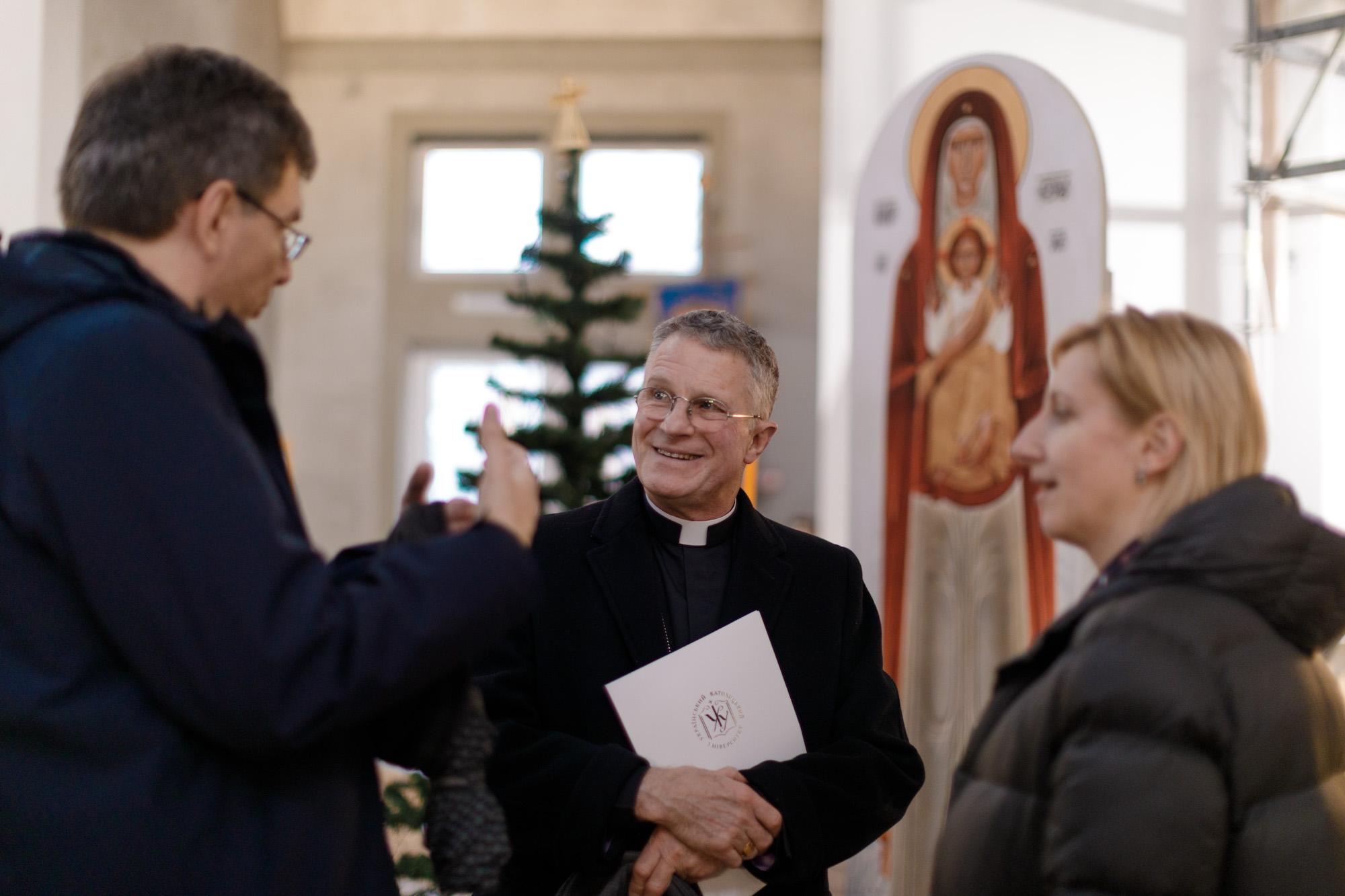 On the first day, he met with the leadership of the Ukrainian Catholic University and saw the university campus. 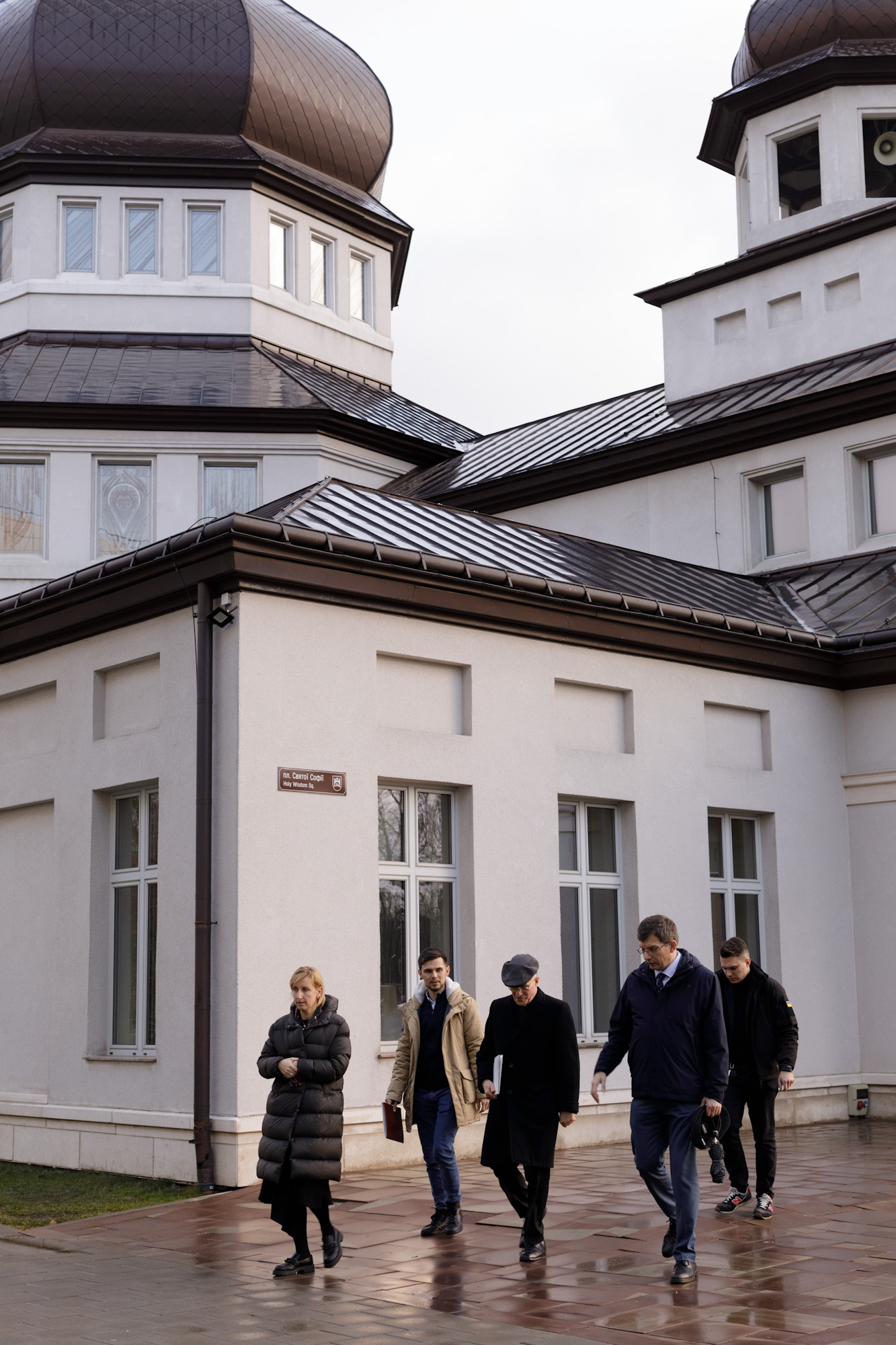 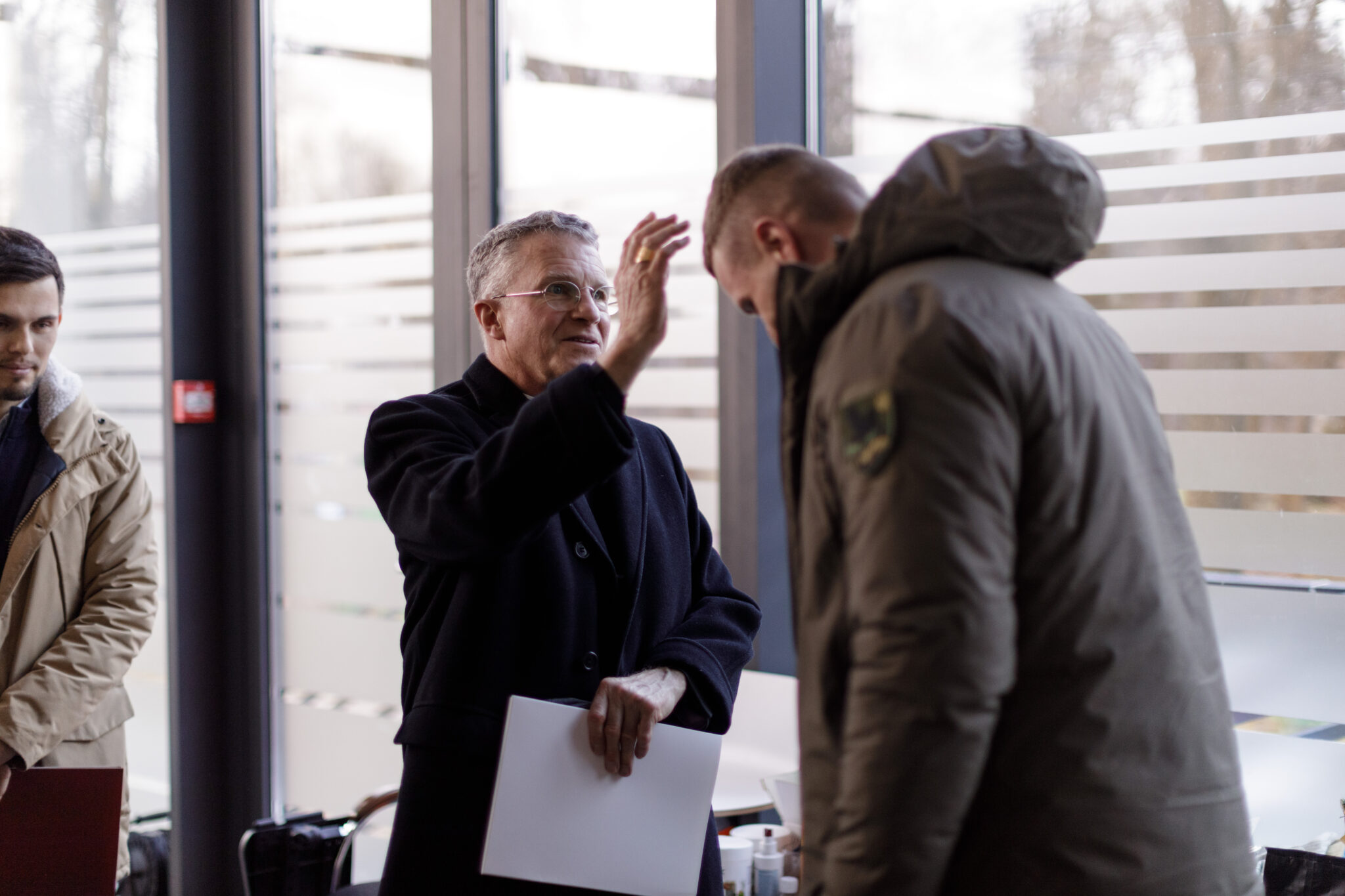 During the tour of the university campus, Sashko Lenevych, a lieutenant of the Armed Forces of Ukraine, who is now on rotation, came up to the Archbishop and asked for his blessing

“Thank you for the opportunity to visit Ukraine and the Ukrainian Catholic University at this difficult time. I pray for peace, for those who suffer, those who gave their lives for freedom. And I wish to encourage students to study diligently so that they can build a country that will serve the people who live on this earth. To build a just society you need good tools,” said the Archbishop.

On December 28, together with the rector of the University, Father Bohdan Prakh, Archbishop Broglio visited the Garrison Church of the Holy Apostles Peter and Paul in Lviv, where he met with Ukrainian military chaplains. Some of them had just returned from the frontline. Archbishop Broglio noted that one of the goals of military chaplains is to respond to the needs of those currently on the front lines: “We have to take care of the people who are currently fighting. When I became a chaplain in 2008, I realized that my mission was to serve the men and women affected by war in the United States. However, there is a significant difference between the war in America and the war in Ukraine. Our fight was far from us, in Iraq, in Afghanistan. Only about 1% of the population was involved. This is something that is an advantage, but also a problem. Many servicemen felt that the US population was not interested in the war. Unfortunately, the war is happening here, on your land. My visit is a visit of solidarity and support.” 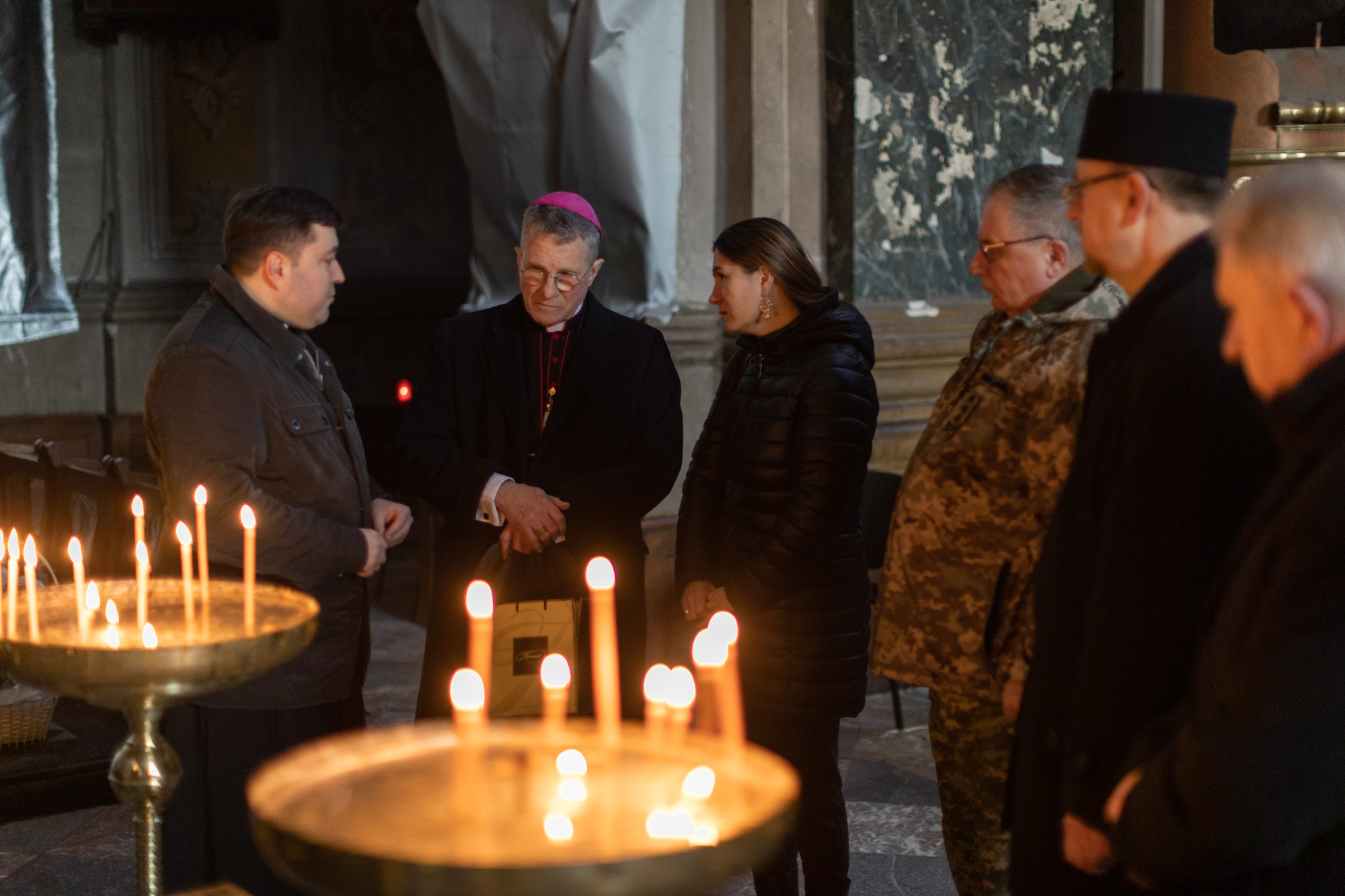 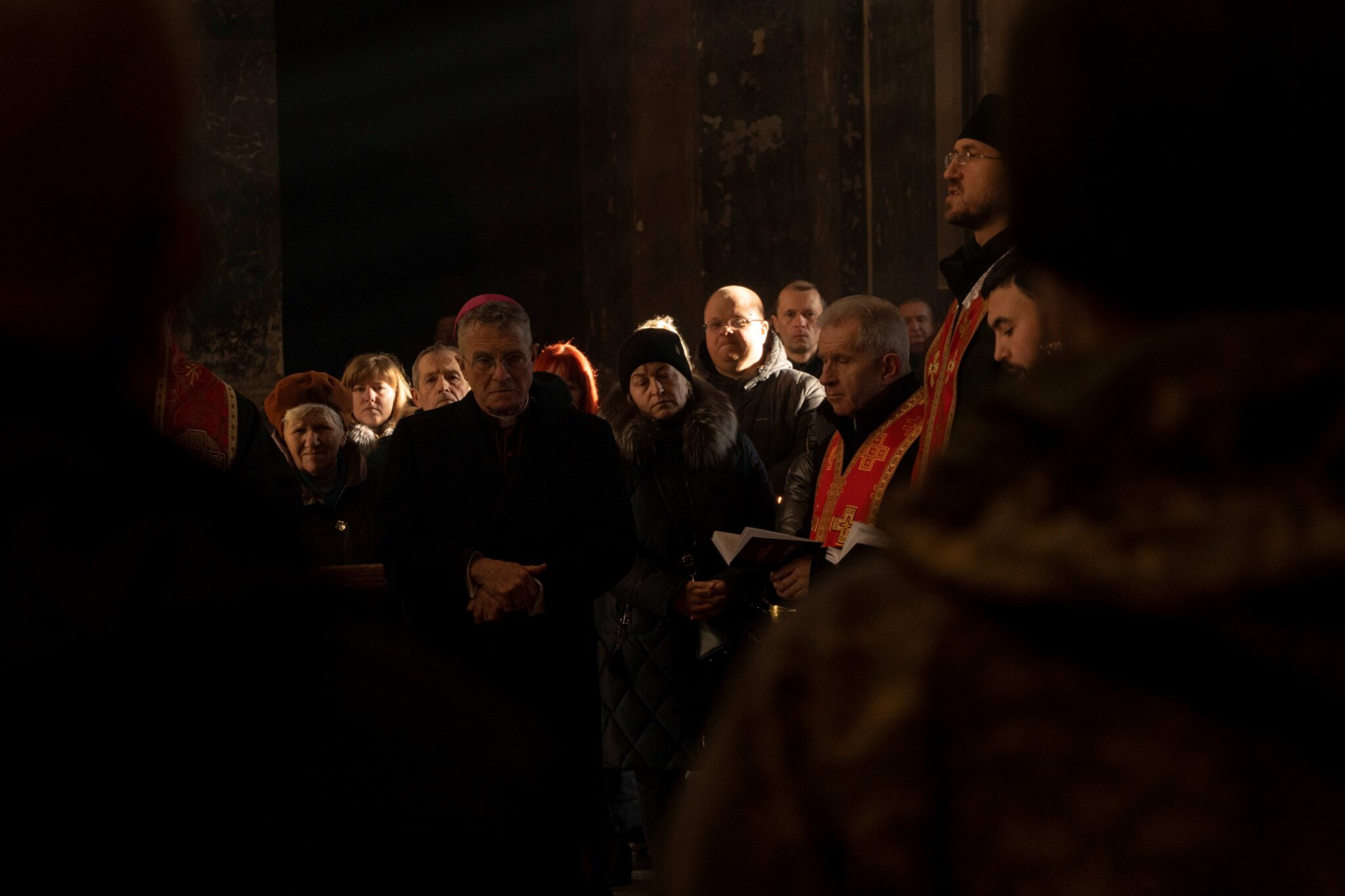 During the funeral of three Ukrainian soldiers killed in action

Together with the Auxiliary Bishop of the Lviv Archeparchy, Volodymyr Hrutsa, Archbishop Timothy Broglio co-served during the funeral of three Ukrainian soldiers killed in action: Borys Yakovlev, Serhii Fedorov, and Roman Lehkyy.

Together with the Auxiliary Bishop of the Lviv Archeparchy, Volodymyr Hrutsa, Archbishop Timothy Broglio co-served during the funeral of three Ukrainian soldiers killed in action: Borys Yakovlev, Serhii Fedorov, and Roman Lehkyy.

Broglio also noted that he hopes the fallen soldiers’ death will not be in vain: “It gives us hope for the future. We are sincerely grateful to the defenders for the sacrifice they make for their country, and for all of us. We pray peace reigns in Ukraine and other parts of the world. Once again, on behalf of all Catholics in the United States of America, I extend my sincere condolences. We must continue to live in hope.” 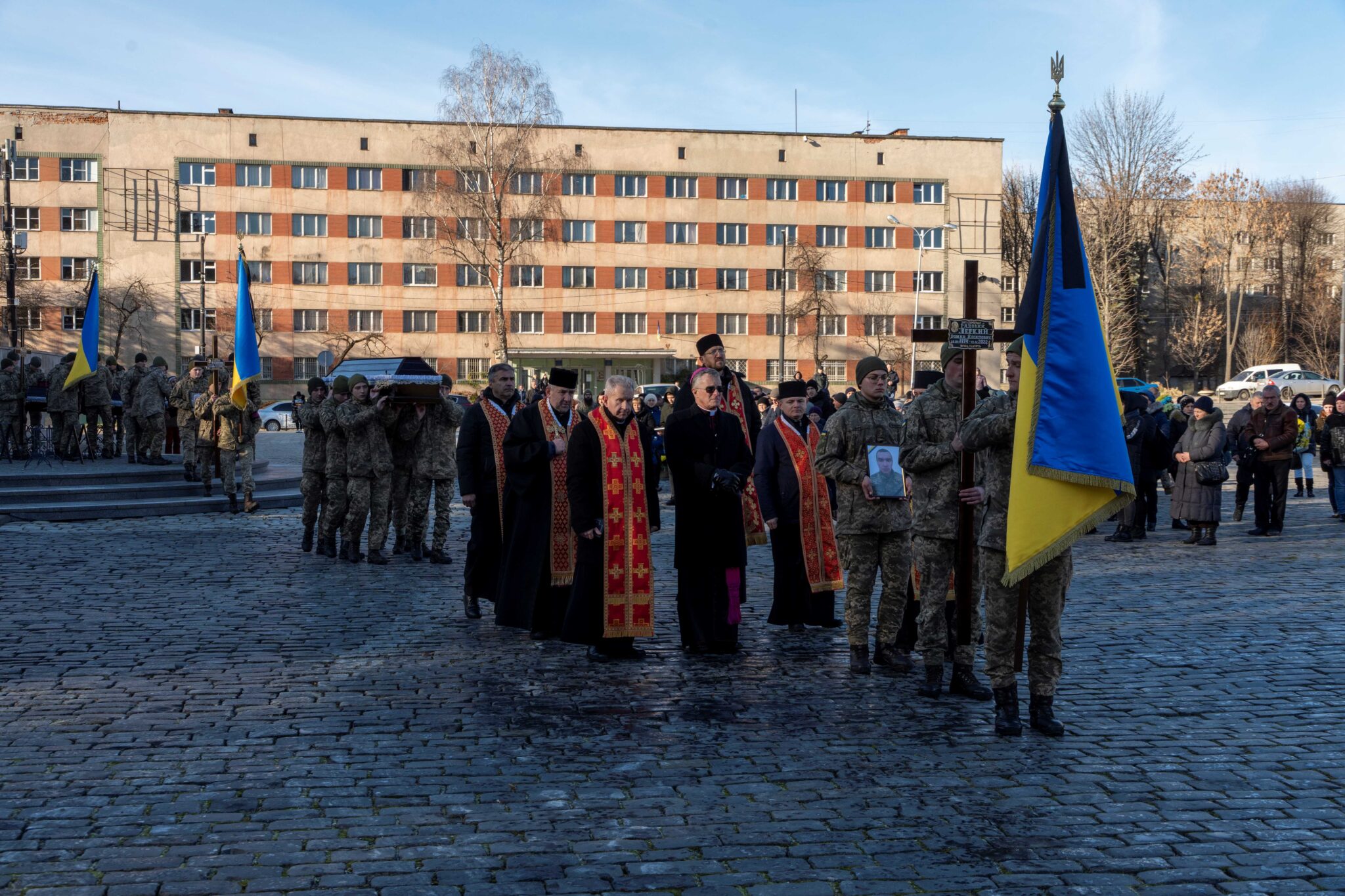 During his meeting with the military chaplains, the pastor of the Garrison church Father Taras Mykhalchuk shared with the Archbishop stories of Bohdan Solchanyk, a lecturer at UCU who died during the Revolutions of Dignity, and Vasyl Slipak, a world-famous opera performer who died on the frontline on June 29, 2016. 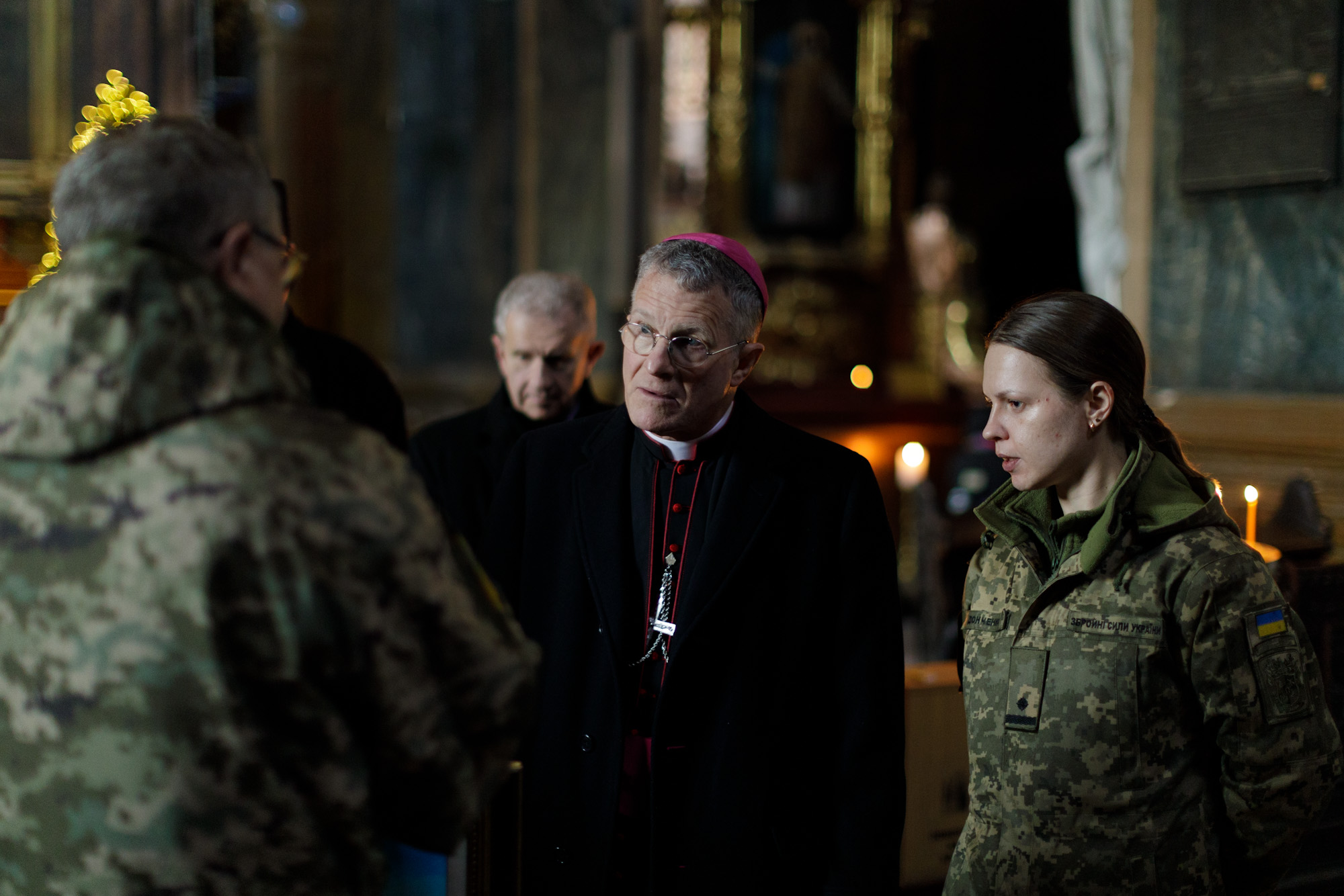 Archbishop Timothy Broglio shared with the chaplains a story of his visit to a hospital in Latvia, where he met several Ukrainian military men undergoing rehabilitation. “I was very moved by the conversation with the Ukrainian soldiers because they expressed a clear wish and readiness to return to the front line to continue to defend Ukraine. Most of them are very young guys. It is terrible that the nation’s best either lose its youth in a fight or die. But you and I, as ministers of the Church, who are called to support these people, must continue our work. We have to be with those men and women who serve on the front lines, physically or morally. I want to assure you on behalf of all the US bishops that we will continue to pray for all of you. And we sincerely hope that soon peace will reign in Ukraine.”