Staff of the Ukrainian Catholic Education Foundation (UCEF) participated in Badlands Ukrainian Days, held in Belfield, North Dakota on July 19 and 20. Chief Operating Officer Joe Solimini and Manager of Grants & Publications Matthew Matuszak also greatly appreciated a tour of the area given on July 19 by Ukrainian Catholic Deacon Leonard Kordonowy and then a community picnic held on the grounds of St. Demetrius Church just south of Fairfield on July 21. (The photos ABOVE shows the parish community inside St. Demetrius Church.) 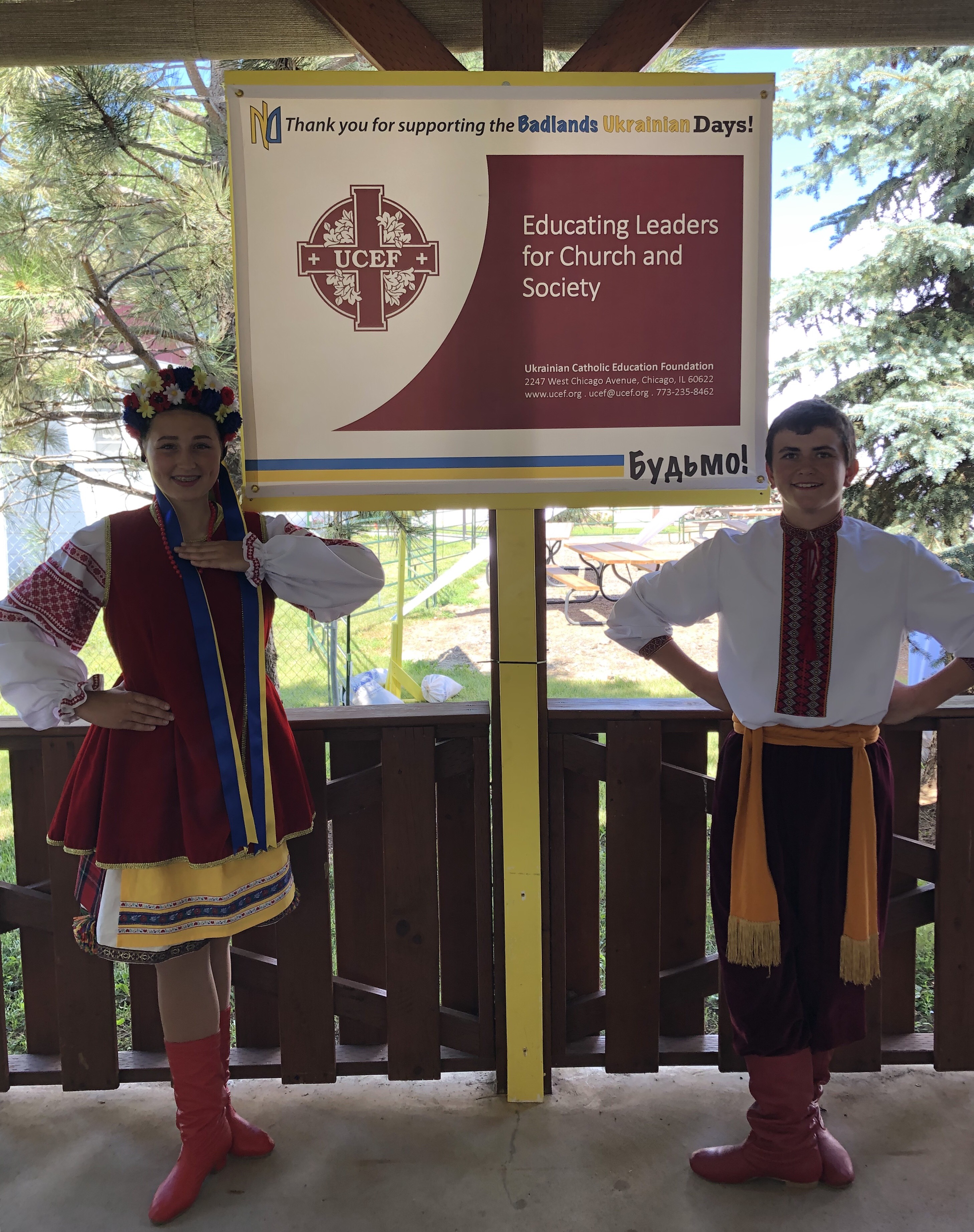 UCEF was proud to be a Tryzub Level Sponsor of Badlands Ukrainian Days.

Deacon Kordonowy, seen ABOVE in front of the icon screen of St. Demetrius Church, recounted the more than 100-year history of Ukrainian immigrants in the area. They came to an open territory and had to start from zero, including making shelter, digging wells, and so on.  And of top importance for them was building a church to worship in. In addition to St. Demetrius, there is also St. John the Baptist Church in Belfield.

In the image slider above, Joe Solimini is seen with Deacon Kordonowy and the current pastor of both St. Demetrius and St. John the Baptist, Fr. Miroslav Dumich (center)  Fr. Dumich is a graduate of the Ukrainian Catholic University (UCU) and was, in fact, a student at the university’s English-Language Summer School in 1996, held in western Ukraine, at which Matthew Matuszak was a teacher. After graduating from seminary, Fr. Dumich continued his theological studies in Rome and now finds himself at the edge of the Badlands. He has only been in the U.S. a few months and admits that sometimes words in Italian come to him quicker than words in English! 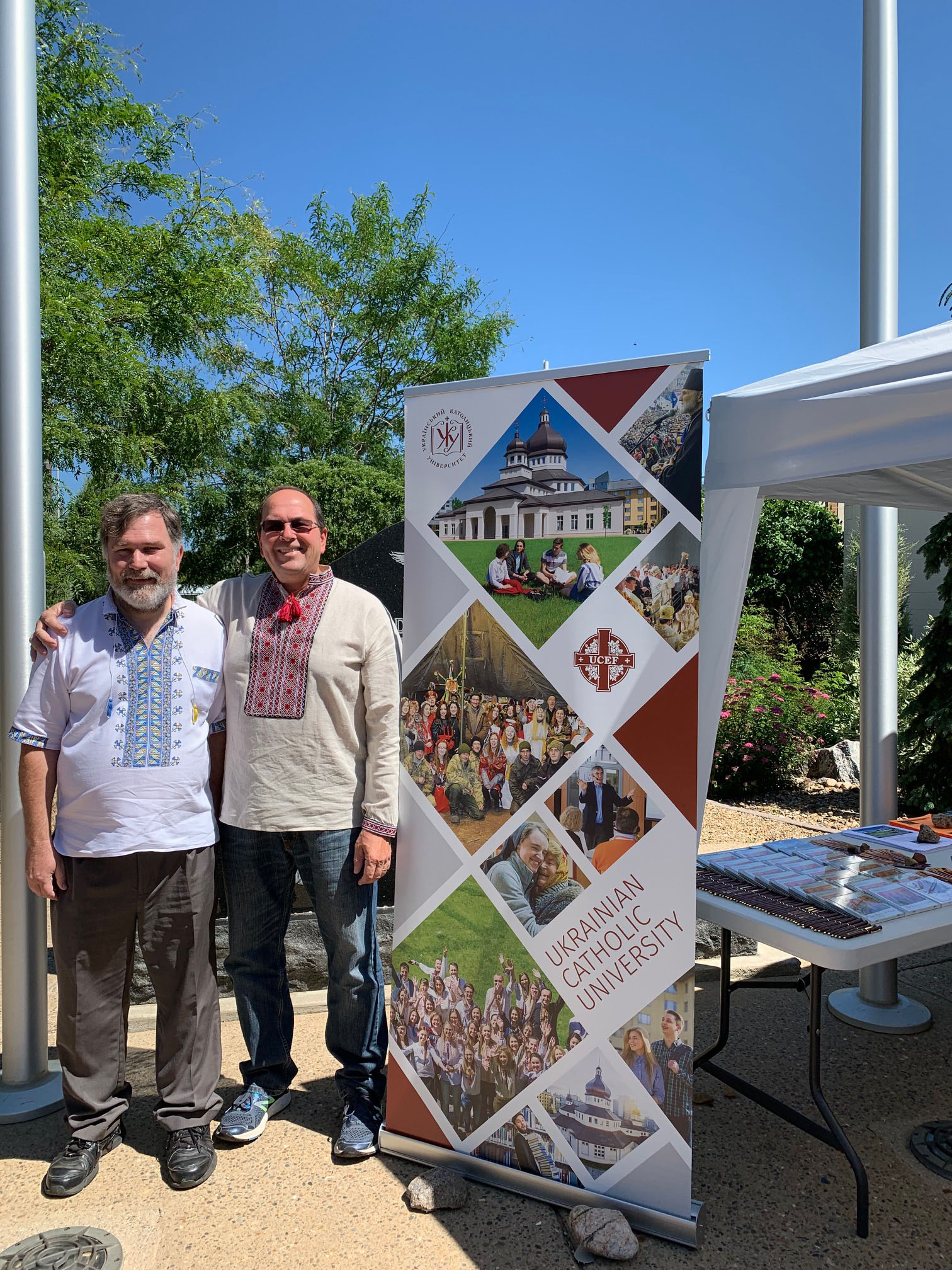 Solimini and Matuszak enjoyed the festival in Belfield, taking turns at the UCEF booth. They had the opportunity to chat with many people, both from the area and visitors. People were interested to hear about UCU, and youth took a particular interest in UCU’s summer school opportunities, especially the School of Ukrainian Language and Culture, where people can start learning Ukrainian from zero or improve their fluency, and the English-Language Summer School, which is looking for volunteers every year.

The UCEF wants to express its deep gratitude for the sincere hospitality shown during the visit to North Dakota. To say the least,